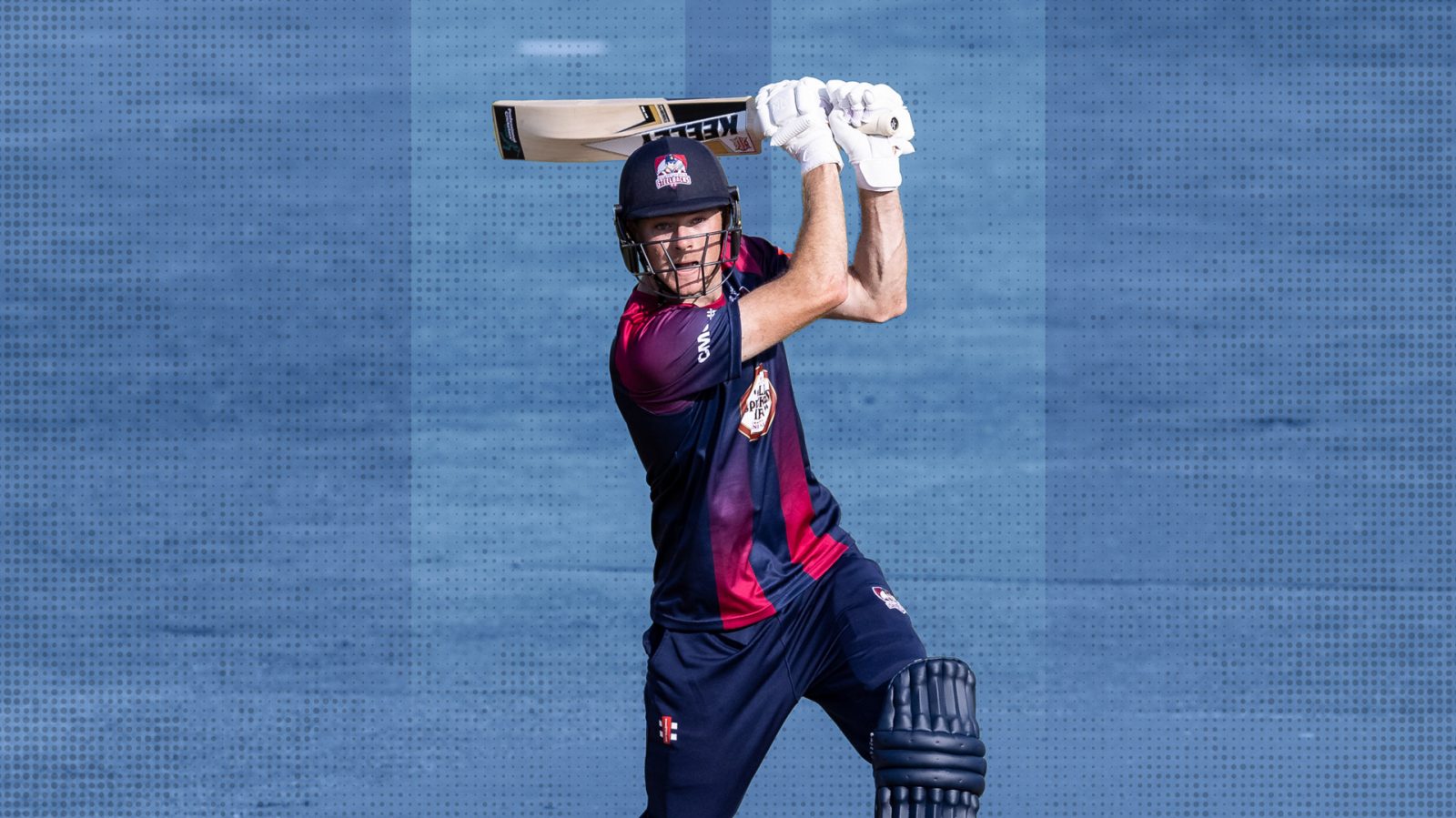 He may not have had it on the back of his shirt, but Tom Taylor made sure everyone in Northamptonshire knew his name after his Steelbacks debut.

The new signing, who arrived on loan from Leicestershire just a few days earlier, played a crucial role in the run chase and saw the Steelbacks home to claim an unlikely victory.

“It was about as close as it could get to that dream debut you always run through in your head.” Taylor said.

The 25-year-old, who begins a three-year deal with Northamptonshire at the beginning of next year, claimed two wickets in his first over and finished with an unbeaten half century from just 27 balls.

“I think the only thing that I might change was that my first ball went for 6!” he added.

Taylor joined Keogh in the middle for the last ball of the tenth over, still needing 121 runs to win. Despite the mammoth task ahead, Taylor said the equation actually simplified his thinking.

“The situation we were in massively took the pressure off. When I went in we were a long way away from winning the game so it was just about having fun and playing strong shots.”

“Me and Keys [Rob Keogh] just tried to read the game and the bowler as best we could, and if it was in our area, commit to the shot. Thankfully it came off for four or five overs and it gave Whitey [Graeme White] the platform to come in and play like he did.”

The pair added 69 before Keogh departed for 37, leaving White and Taylor with 52 still required in 27 deliveries. Though the equation quickly shifted when Graeme White sent four of his first five balls into the empty Edgbaston seats.

“I actually realised we were really in the game pretty late to be honest. I was just trying to be as positive as I could be every ball to start with and the next time I looked at the scoreboard we needed 25 off 18 balls and Whitey was flying.

At that point I thought, ‘I want to be here at the end’ and just let Whitey carry on playing his way and thankfully I got a few away in the 18th and it was all done quicker than I thought it would be.”

Taylor and White’s match-winning 53 run partnership took just 20 deliveries, the Steelbacks winning with seven balls to spare. Despite having only arrived at the Club that week, Taylor said he felt right at home in Northamptonshire.

“The support from everyone at the club has been amazing. I knew a few of the lads already but everyone’s been so welcoming. It’s a really good changing room to be part of and I’m just glad I could contribute to a win nice and early.”