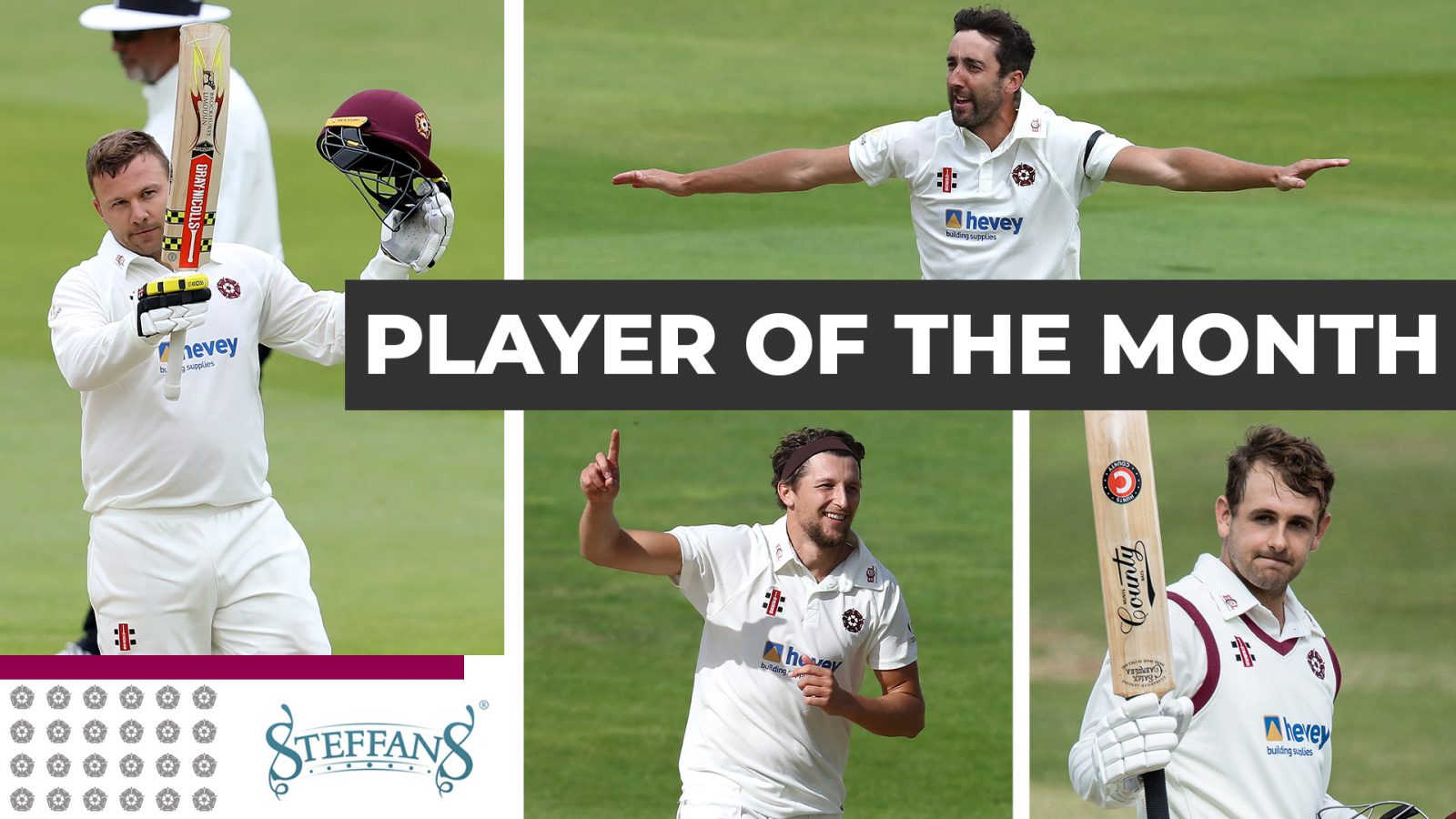 With just over 50% of the vote, Charlie Thurston is your Steffans Jewellers Player of the Month for August!

Northamptonshire’s red-ball Skipper lead from the front in the Bob Willis Trophy, scoring just under 200 runs at an average of 40 with a match-saving century against Warwickshire. Rossington continued this form into his only innings in the Vitality Blast so far, crunching 51 from just 31 balls.

The Club’s leading wicket taker across both formats so far this year, Ben Sanderson sits third in the Vitality Blast leading wicket takers list. He’s also claimed 11 scalps at an average of just 15 in the Bob Willis Trophy with best figures of 9 for 89.

After falling just 4 runs short against Warwickshire, Charlie Thurston reached his maiden Northamptonshire first-class century against Glamorgan. His 357 runs in the tournament see him sit fourth in the leading run scorers for the competition with an average of 44.

Having made his Northamptonshire debut in Round 1 of the Bob Willis Trophy, Jack White has impressed in his first three fixtures. His 11 wickets have come at an average of 22 with match figures of 8/83 in the win over Glamorgan.