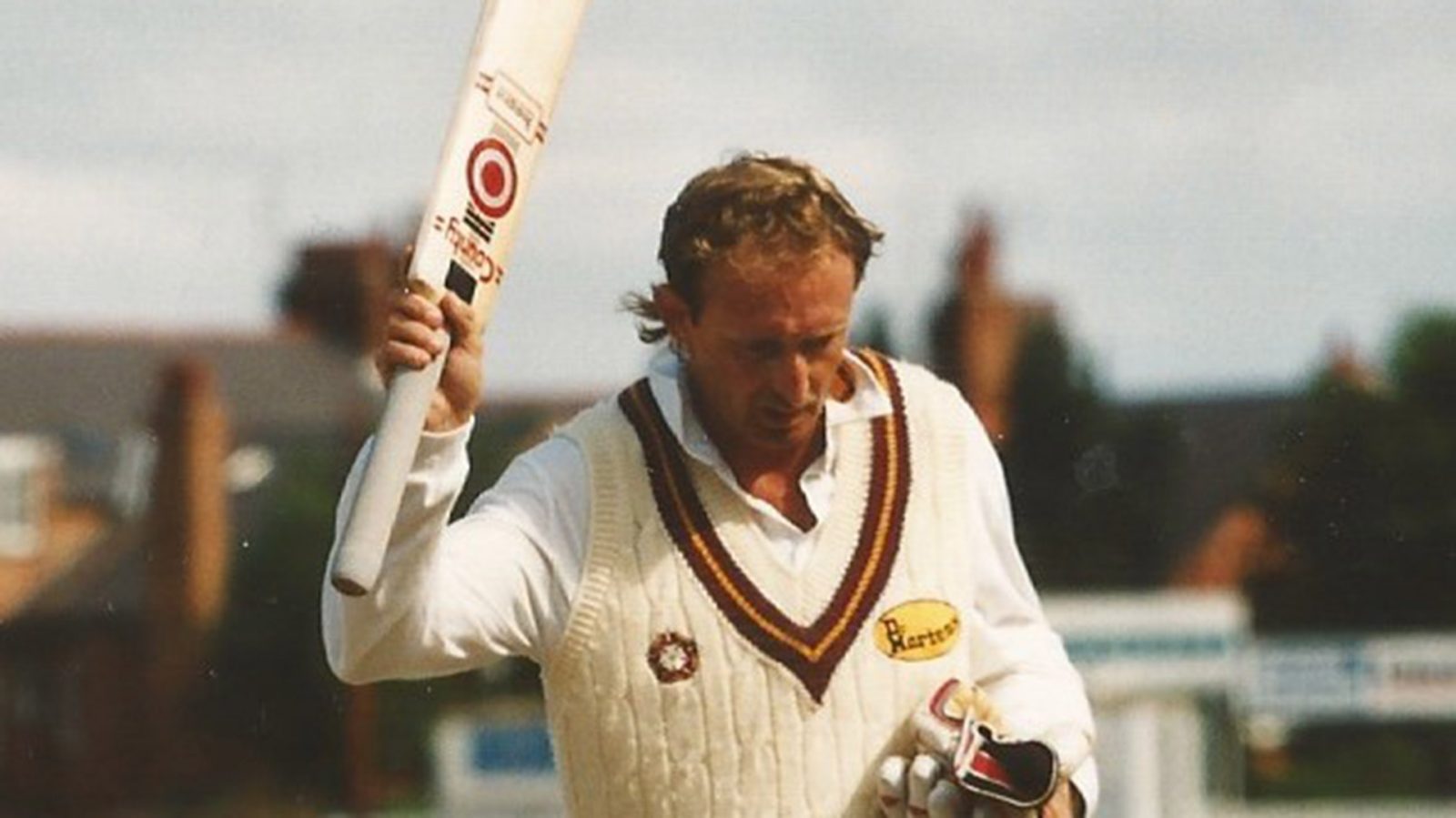 Club Archivist Andrew Radd took a moment to look back and penned a few of his personal memories of David Capel.

Team-mates of Percy Davis – another proud cricketing son of Northamptonshire – recalled the personal dressing-room ritual which involved donning his county cap before any other article of clothing.  And I do mean ANY other.

I’m not sure Capes ever went quite that far, but it wouldn’t have been an uncharacteristic gesture.  No-one (not even Percy, the Brackley man whose career encompassed the seasons immediately before and after the Second World War) was prouder to wear that particular item of headgear.

If I bracket him in that respect with Brian Reynolds – another fiercely loyal and unapologetic one-club man – it’s the highest accolade I can bestow.

It’s no coincidence, surely, that both men had early experience in the footwear industry, the long-time cornerstone of our local economy.  David, as a teenager, helped produce bowling boots for the likes of Graham Dilley and Mike Hendrick, while Brian even had his hand-sewn work exhibited at the Festival of Britain.

You could take David Capel out of Northamptonshire – well, you know the rest.

The club signed him as an ‘apprentice cricketer’ at 40 quid a week for the 1980 season – and he remained on the payroll at Wantage Road for the next 32 years as player and coach.

Ever determined and combative out in the middle, he set himself high standards and expected team-mates to match him when it came to intensity and the pursuit of excellence.  Sometimes, it must be admitted, in vain.

Meeting up with Capes in a Port Elizabeth restaurant early in 1987 – he was out there playing for Eastern Province in South African domestic cricket – the young all-rounder had barely got the pleasantries out of the way before informing me through gritted teeth that he didn’t want a certain Northamptonshire colleague to field in the slips to him the following season.

He fixed me with that gaze we all came to know.  “He doesn’t concentrate!”  From him, perhaps the ultimate condemnation.

As a reporter he was an absolute dream in most respects – never reluctant to talk cricket and dissect the day’s play – but probably wasn’t the man to go to for a 20-second soundbite.  There was always one more important point to make…

But it’s difficult to convey to anyone not around at the time how much it meant to many people in this part of the world to have a player actually BORN in Northamptonshire playing for England.

Between George Thompson finishing his Test career at Cape Town in 1910 and Capes making his debut against Pakistan at Headingley in 1987 we had two world wars, the invention of television and computers and the advent of the space age.

The likes of Freddie Brown, Frank Tyson, Colin Milburn and David Steele are all club legends, and rightly so.  But this lad from Roade was truly one of our own – and he never let his county or his country down.

He was also an innovator.  Following Sri Lanka’s triumph in the 1996 World Cup any number of counties toyed with the idea of a Jayasuriya-style top-order whacker in domestic one-day cricket.  Capes volunteered for the role with Northamptonshire and spent on the bowling machine at the Wanderers in Johannesburg, during the team’s pre-season tour, honing his skills.

As one of many team-mates and hangers-on pressed into service to feed the balls, I can vouch for the power of his strokes.  I also learned never to call him a ‘pinch-hitter’ – he much preferred ‘attacking opening batsman’ and took more than one hack to task for describing him otherwise.

No-one who spent time in his company will be without their favourite Capes tale.

Out-running (successfully) a rather battered and elderly-looking traffic police car on a jaunt to Sun City?  Naming ‘extended’ squads during his spell as head coach to confuse the opposition?  Giving David Gower the ‘send-off’ in the heat of a cup semi-final at Southampton?

Using a small rolled-up towel to protect what we might term the ‘box area’ when facing Les and Carl McFarlane for the first time in Northampton Town League?  Not forgetting uncorking a very expensive bottle of red wine ready for a detailed discussion of the day’s play when the scorer and press officer sharing his room (yes, I was that soldier) just wanted a few hours’ kip?

That was the Capes we knew and loved.

The memories cascade when it comes to his great moments on the park – caning Yorkshire’s attack around Lord’s in the 1987 Benson and Hedges Cup final, his gritty half-century on Test debut that same year, harvesting a seven-for in the first innings of Northamptonshire’s epic Championship contest against Warwickshire at Edgbaston in 1995, and then trapping Tim Munton in front to secure a nerve-shredding victory by seven runs.  Countless triumphs on the big stage.

But I also remember a couple of performances on ‘lesser’ occasions which tell you at least as much about the man as his Test tussles with Imran Khan, Abdul Qadir and the West Indian pace battery.

In 2001, a freak of the fixture list had Northamptonshire facing the Northamptonshire Board XI in the third round of the Cheltenham and Gloucester Trophy at Wantage Road.  Hussey, Loye, Warren, the Swanns, Penberthy, Ripley and Cousins in one dressing room – and next door a team of young hopefuls and club cricketers, led by Capes in his capacity as Director of Excellence.

To the surprise of most, the Board team flourished at first thanks to a big opening stand between David Paynter and Tim Coleman.  The captain went in at three and played one sumptuous, rasping drive through extra cover before getting out.  The pros won easily enough but, strangely, of all the countless glorious shots I saw him play that’s the one I remember most vividly.

Think about it.  He had been a Test all-rounder.  He was, and always will be, a copper-bottomed local hero.  But sit that game out, and let his charges fend for themselves in a match that represented the ultimate ‘hiding to nothing’ for a cricketer of his standing and reputation?  Not his way at all.

A year later, in lush and leafy Bovey Tracey, he was again in charge of the Board XI – comprising almost entirely his Academy players – against Devon in a Minor Counties Trophy tie.

Struggling against the fiendish dibbly-dob of the late Peter Roebuck, and with the asking rate spiralling, someone had to go in and chance their arm.  Once again, the easy option would have been to send in a youngster ‘for experience’ and drop himself discreetly down the order.  Easy option?  Capel?  Of course not.

In he strode – and was promptly stumped for a duck.

Some of the up-and-comings had a quiet giggle at his expense.  But not one of them doubted for a split-second his determination and sheer bloody-minded passion for Northamptonshire cricket.  If he ever failed to imbue anyone else with that desire I would suggest respectfully that the fault lay with the other party.

That’s what County supporters will remember best, be proudest of, and most thankful for.