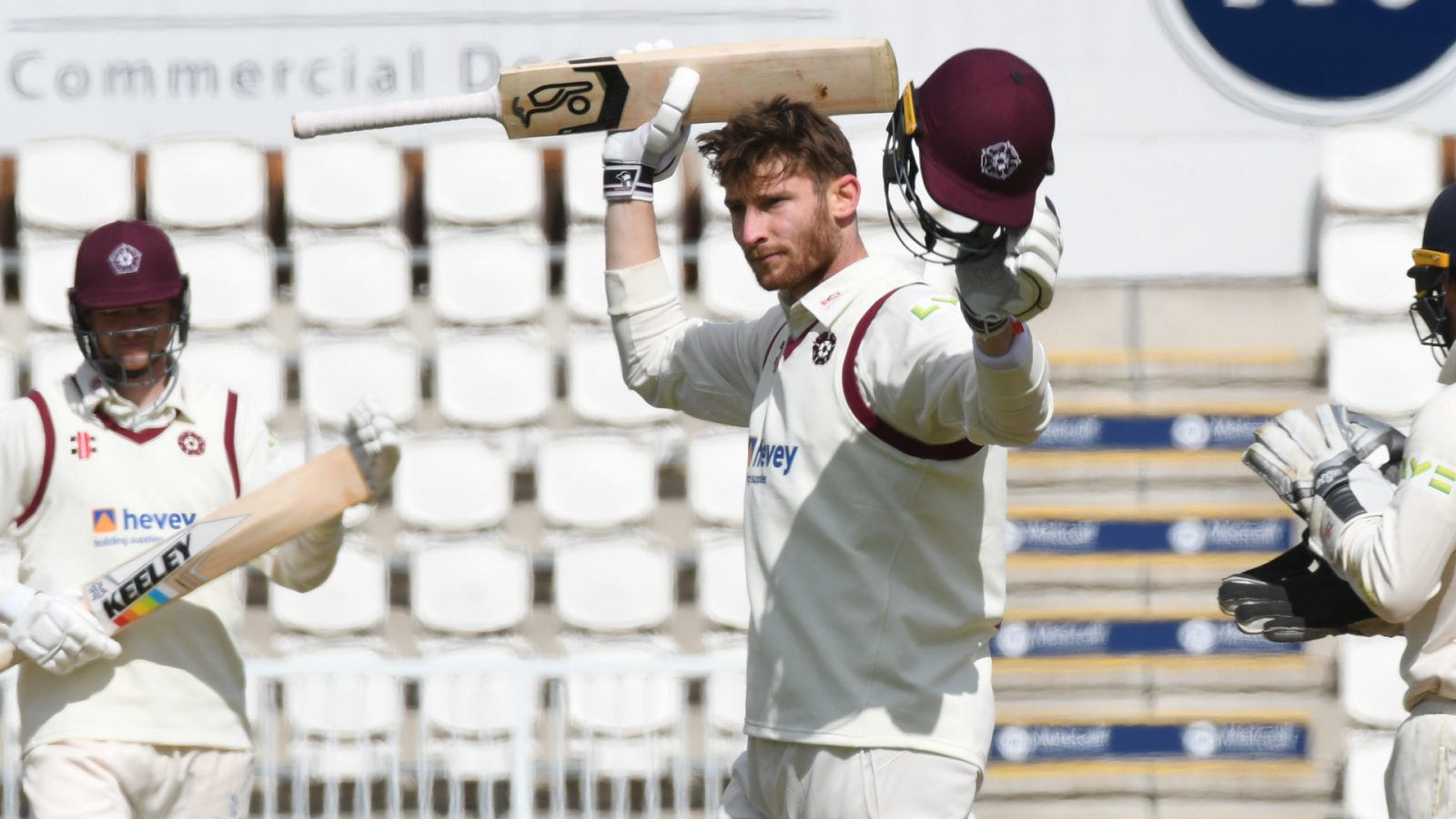 Rob Keogh’s resolute century saw Northamptonshire claim maximum batting points as their LV=Insurance County Championship clash with Kent petered out into a draw on the final day at Wantage Road.

The middle-order stalwart batted a shade over six hours to make 124, including 12 fours and record his 10th first-class hundred for the county, one more than both current coach David Ripley and former skipper Alex Wakely.

Keogh’s effort ensured Northamptonshire raised their fifth batting point off the final ball of the 110th over before they were finally dismissed for 434, 21 in arrears of Kent’s first innings total of 455. Harry Podmore proved the pick of the visitors’ attack with four for 77.

England man Zak Crawley was left unbeaten on 19 as Kent reached 42-1 in their second innings before the weather closed in.

The combination of a batsman-friendly pitch and 50-odd overs lost to the weather meant the final day was always likely to be about accumulating bonus points and so it proved.

Kent signalled they had settled for a draw by leaving veteran Darren Stevens out of the bowling attack despite the new ball being just two overs old, protecting his 44-year-old’s limbs for more promising match situations.

Adam Rossington showed early intent with two fours in an over off Matthew Milnes, the partnership reached 85 before Grant Stewart bowled Rossington for 35 with a beauty which beat the outside of the bat.

Keogh moved sedately to his hundred in 302 minutes, meaning Northamptonshire still needed 28 from four overs to make maximum batting points. A game within a game ensued during which both Keogh and Tom Taylor broke their bats, but a crashed a four through the covers by the former and a scrambled bye off the last ball of the 110th got the job done.

Podmore ended Keogh’s vigil caught at midwicket, before claiming the scalps of Gareth Berg and Ben Sanderson with successive balls.

Bell-Drummond’s hope for time in the middle didn’t materialise when Sanderson pinned him in front for the second time in the match. Snow sent the players to an early tea and returned soon afterwards before a draw was agreed.