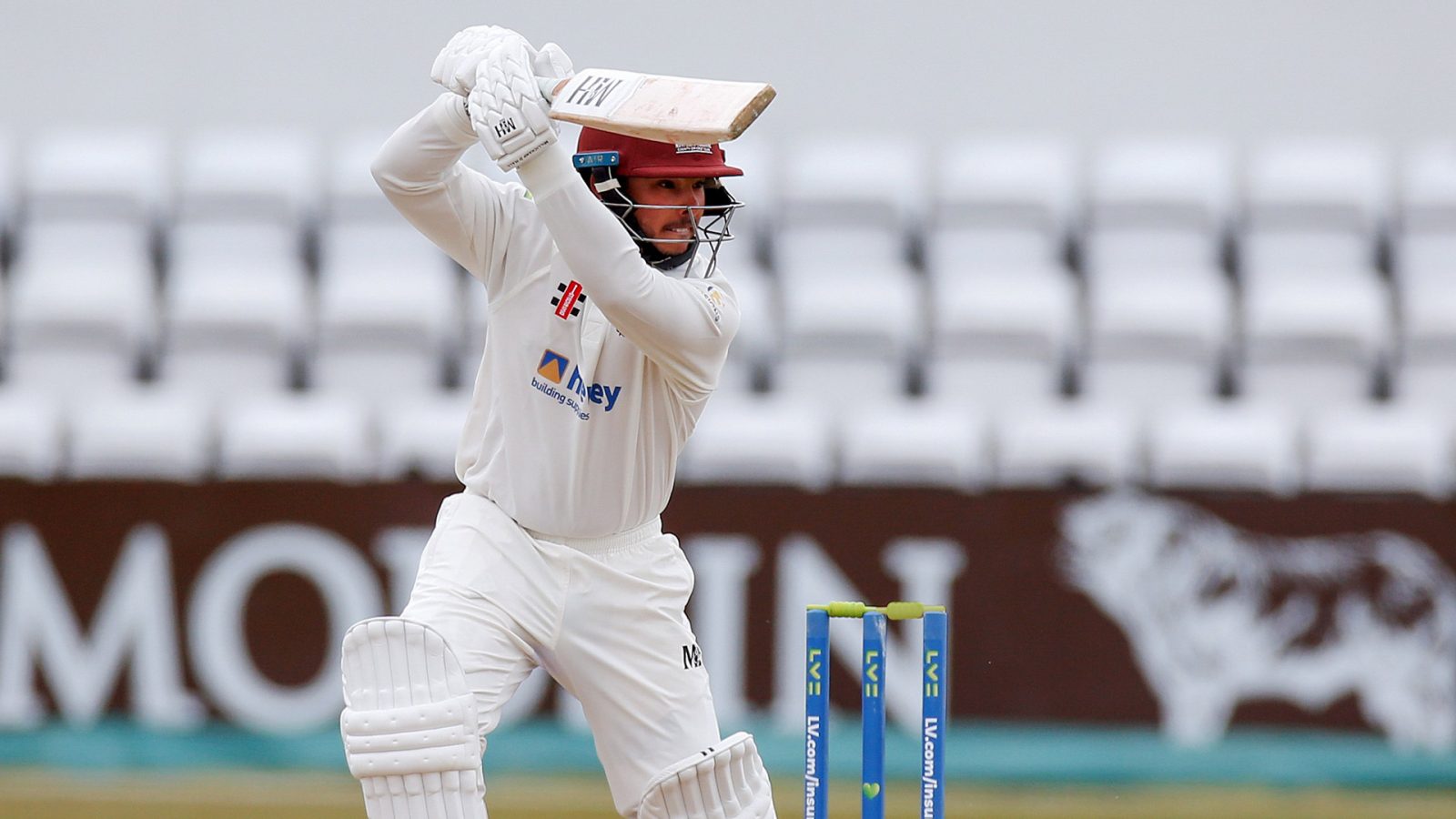 Vasconcelos and Keogh Pile on Runs

Ricardo Vasconcelos’ sparkling 154 under pressure turned around Northamptonshire’s fortunes on a weather-affected third day of their LV= County Championship clash against Kent.

The highly-promising youngster raced to his sixth first-class hundred, sharing a 142-run partnership with Rob Keogh to lead Northamptonshire’s fightback after the loss of three early wickets. But the day finished early due to bad light and sleet, Northamptonshire reaching 301 for 5 at the close.

Vasconcelos peppered the boundary ropes with an array of stylish drives and cut shots and took on a series of short balls from fast bowler Miguel Cummins which he hooked to the square leg boundary with some ease.

Northamptonshire will be encouraged to see their young opener continue the rich vein of Championship form which saw him play a key role in their 2019 promotion push and earned him a five-year deal at Wantage Road.

Northamptonshire had resumed on 91 for one in reply to Kent’s daunting first innings 455. The visitors made two early inroads with the evergreen Darren Stevens bowling his trademark nagging off-stump line.

He enticed Emilio Gay to edge a ball which nibbled away but when he made a rare error in line and strayed onto leg stump, Alex Wakely failed to cash in and instead clipped a half-volley directly to short midwicket.

Stevens should have picked up a third, but Charlie Thurston was put down by Denly at backward point. The mistake did not prove too costly as Thurston was bowled shouldering arms to a Harry Podmore delivery which seamed back sharply.

With Northamptonshire still 220 runs behind at 135 for four, Vasconcelos looked to put the pressure back on the opposition, running quick singles and building a partnership with Keogh who was largely content to play the support role and dispatch the occasional bad ball for four.

Vasconcelos soon accelerated and was particularly harsh on Cummins as he moved quickly through the nineties. He drove him to the midwicket boundary and then hooked his next two deliveries for two further fours, bringing up his century in the process from just 120 balls.

After tea, Kent turned to spin and having passed 150 with a series of sweeps, Vasconcelos fell to a catch off Jack Leaning, having faced 209 deliveries and hit 20 boundaries.