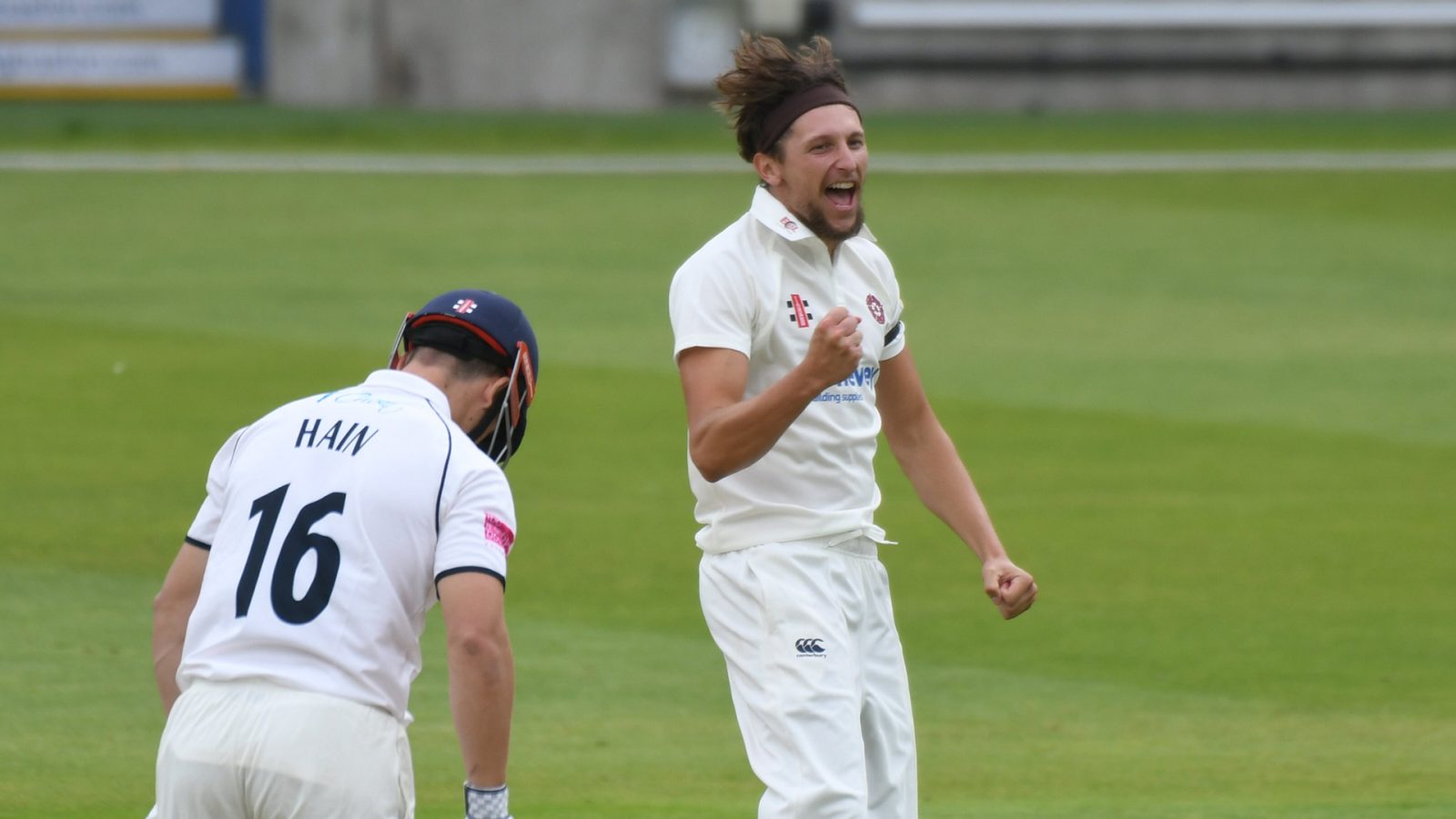 Paceman Jack White claimed his maiden first-class wicket on debut but it was Warwickshire who had the better of the first day of the opening Bob Willis Trophy match against Northamptonshire at Edgbaston.

Northamptonshire, put in, were bowled out for 142 with Stone taking four for 39 against his former team-mates to send out a strong message to England’s selectors that he is fit and firing.

The visitors then hit back impressively in the final session as Warwickshire dipped to 85 for four but 20-year-old opener Rob Yates  (63 not out, 130 balls, nine fours) stayed solid to take his side to 130 for four at the close.

A minute’s silence was held before play as a mark of respect for those affected by COVID-19. Players, staff and officials then took a knee to promote inclusivity in cricket. A statement released by the home club said: “Warwickshire CCC is a club for everyone – we aim to be an inclusive and diverse cricket club, which is united in our game’s stance against any form of racism in sport or wider society.”

After Will Rhodes, leading Warwickshire for the first time, won the toss, his bowlers made early inroads to reduce the visitors to 12 for two. Olly Hannon-Dalby induced Ben Curran to play on and Emilio Gay edged Stone to Rhodes at second slip, offering Stone and Rhodes something else to celebrate, both having been capped before play.

Ricardo Vasconcelos and Rob Keogh (26, 28 balls) added 37 before the latter had his middle stump plucked out by Ryan Sidebottom.

From 68 for three at lunch, the visitors were hit by an immediate double blow by Stone in the afternoon session. Charlie Thurston edged to third slip where Bell took a sharp catch and Saif Zaib snicked a rapid outswinger to wicketkeeper Michael Burgess.

Burgess added two more catches, again off Stone to dismiss Adam Rossington and then to supply debutant Tim Bresnan’s 558th first-class wicket, and first for Warwickshire, to end Vasconcelos’ two-hour defiance at 24 (79 balls, three fours). Sidebottom’s second wicket arrived when Nathan Buck’s quixotic pull landed in the hands of Stone at mid on to leave his side in disarray at 91 for eight.

Luke Procter pulled Sidebottom for six to herald some resistance and ninth-wicket pair Procter (29 not out, 47 balls) and Ben Sanderson (23, 30 balls) gave the total some respectability with a stand of 49 in nine overs. The revival was terminated when Rhodes turned to spin and Alex Thomson wrapped up the innings with two wickets in his first over back. His fourth ball trapped Sanderson lbw and his sixth bowled debutant Jack White.

Warwickshire began their reply after tea and, while Yates settled quickly, no one else in the top order reached double figures. Rhodes fell lbw to Sanderson, White produced a fine ball to secure his maiden first-class wicket when he trapped Hain lbw and Buck had Bell and Matt Lamb caught in the slips.

Twenty-year-old Yates posted a 74-ball half-century though and stabilised the innings along with Michael Burgess (30 not out, 43 balls) in an unbroken stand of 45 up to stumps.