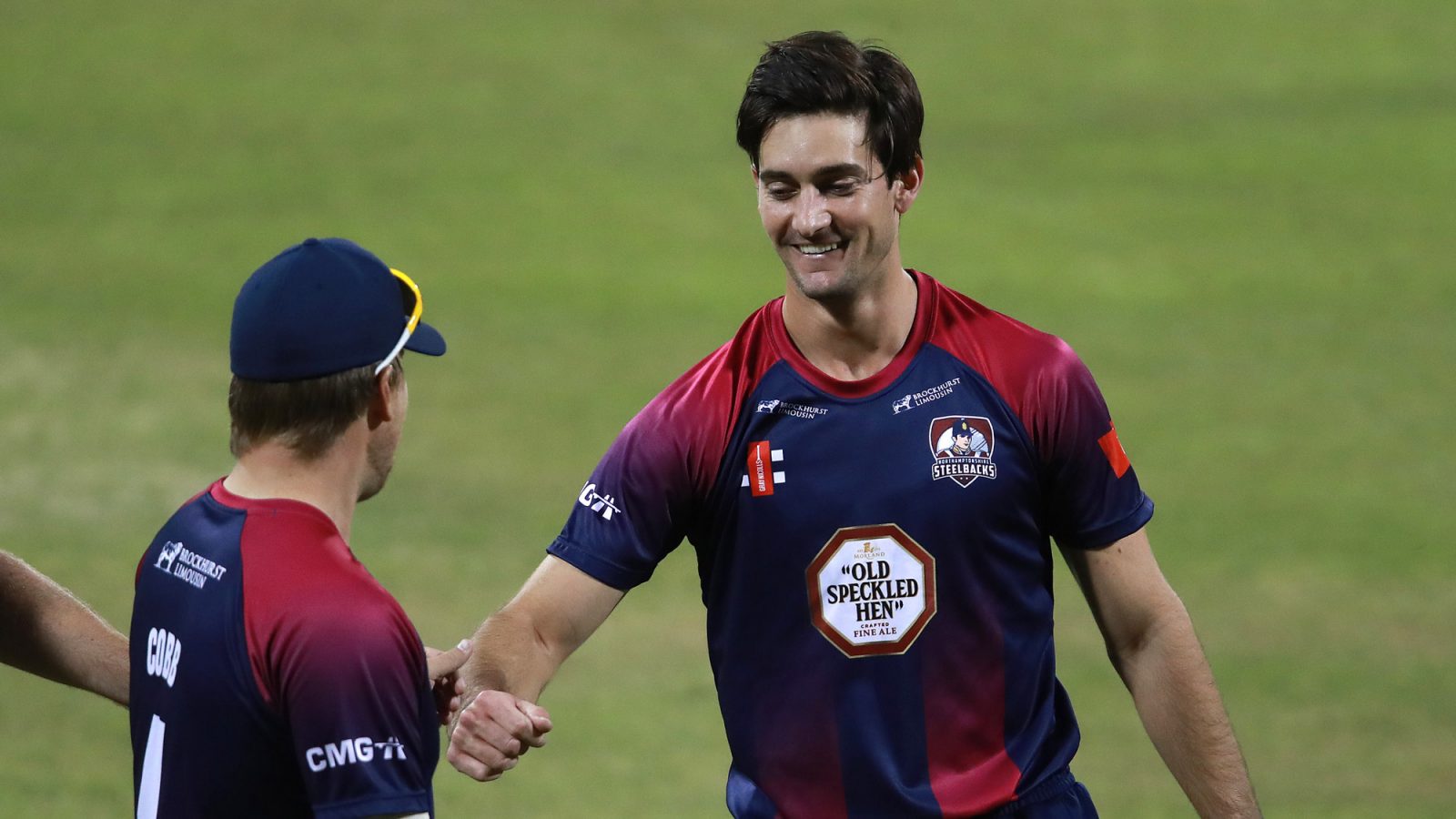 Paceman Brandon Glover has revealed he was surprised by his selection in The Hundred draft but was looking forward to how playing in the tournament would improve his game.

An exciting young talent, Glover joined Northamptonshire at the beginning of 2020 after impressing on the international stage for The Netherlands and was snapped up by the Oval Invincibles in the draft.

“When my agent told me that some teams were inquiring and that my name was being thrown about and teams were having a proper look in, I was just surprised by that to be honest.” Glover said.

“It was very cool to hear that teams were even considering me, and then when I actually found out that I had been selected I was over the moon. I was slightly overwhelmed but was very proud to be picked up in such a big tournament.”

Glover joins both his Northamptonshire Skippers in the tournament, with Josh Cobb added to the Welsh Fire squad and Adam Rossington retained by the London Spirit from the original draft in 2020.

“I was actually driving when I first found out so I couldn’t get too excited, but it was a bit of a surreal feeling. We had training the next day so I had to keep it tame, just a nice whiskey with my housemates but we’ll have a beer or two in celebration a bit further down the line too.” Glover said.

Some of the biggest names in cricket are set to compete in the tournament and Glover was looking forward to the benefits this would bring for his own game.

“Playing in a competition like The Hundred with a mix of different experienced guys will absolutely help my game. It’s a massive opportunity just to see how the best in the world operate and even though it’s a completely different format you can still link quite a lot with the two other white ball formats and particularly T20.

“It’s going to be great to watch and play with guys at that level and learn from them and try and pick up some hints, but it’s also nice to just put yourself against the best in the world and compete.”

The inaugural edition of The Hundred gets underway on the 22nd of July, full squad lists and fixtures are available here.