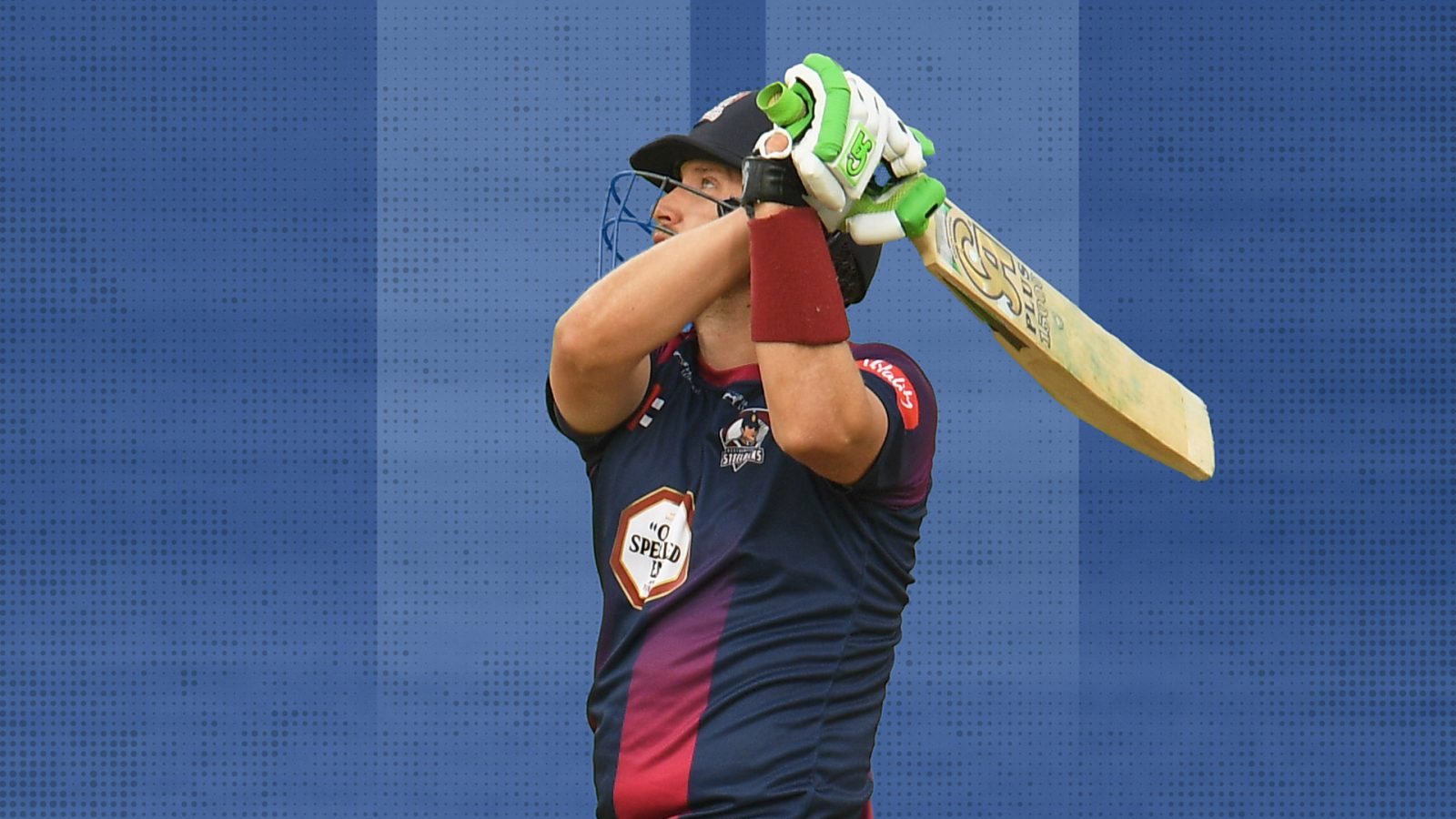 The visitors could post only 140 for nine after winning the toss, despite being given solid base by Josh Cobb (49) and Paul Stirling (25). Eighteen-year-old Somerset left-arm spinner Lewis Goldsworthy claimed two for 21 on his second T20 appearance.

In reply, Somerset cruised to 146 for three, with two overs to spare, Steve Davies contributing 45, Tom Lammonby 43 not out and Tom Abell an unbeaten 42.

The Northamptonshire innings was a tale of two halves. After ten overs they looked well placed on 82 for two, despite the loss of Richard Levi to only the eighth ball of the match, caught on the square leg boundary off Craig Overton for two.

Stirling hit the first six of the game off Max Waller in the opening over and he and Cobb looked comfortable in takin the total to 46 for one by the end of the six-over power-play.

Stirling then hit Lewis Gregory for six over deep square and cleared the ropes over long-on as 14 came from the ninth over.

But the momentum of the game changed when, with the score on 73, Stirling holed out to deep extra cover off Goldsworthy, having faced 20 balls.

The boundaries dried up as Goldsworthy, Waller and Roelof van der Merwe shared the spin bowling duties to good effect and wickets tumbled with regularity.

Adam Rossington smacked a Waller long-hop straight to Overton at long-on and Cobb’s 41-ball knock, featuring 2 sixes and 6 fours, ended when he was well caught at deep mid-wicket by a tumbling van der Merwe off Goldsworthy.

There was just one boundary in seven overs as Somerset’s bowlers took control. Alex Wakeley was caught at mid-off to give Ollie Sale a wicket and Overton’s direct hit ran out Luke Procter for 19 as he responded to Saif Zaib’s call for a quick single.

So it turned out, although Babar Azam’s disappointing sequence of scores at Taunton continued when he fell lbw to Nathan Buck in the third over of Somerset’s reply.

Teenager Will Smeed also fell cheaply to Ben Sanderson, But Davies looked in good touch from the start and he and Abell were able to stick largely to textbook shots in a well-paced stand of 44.

After ten overs Somerset were 70 for two and 11 more were added before Davies fell leg-before to Procter, his runs having come off 38 balls, with 5 fours.

Abell and Lammonby were content to largely milk the spinners as they closed in on a modest target. Steelbacks Skipper Cobb used eight bowlers without being able to sufficiently curb the scoring rate.

Lammonby hit the first six of the innings in the 16th over, bowled by White, and followed up with another maximum off Sanderson before ending the game by clearing the ropes again off the final ball of the 18th over.

Abell’s only anxious moment came from a run-out scare with him stranded in mid-pitch as the throw missed the stumps. At the end he had faced 34 balls and hit 4 fours, while Lammonby’s runs came from just 23 balls, with 2 fours and 3 sixes.