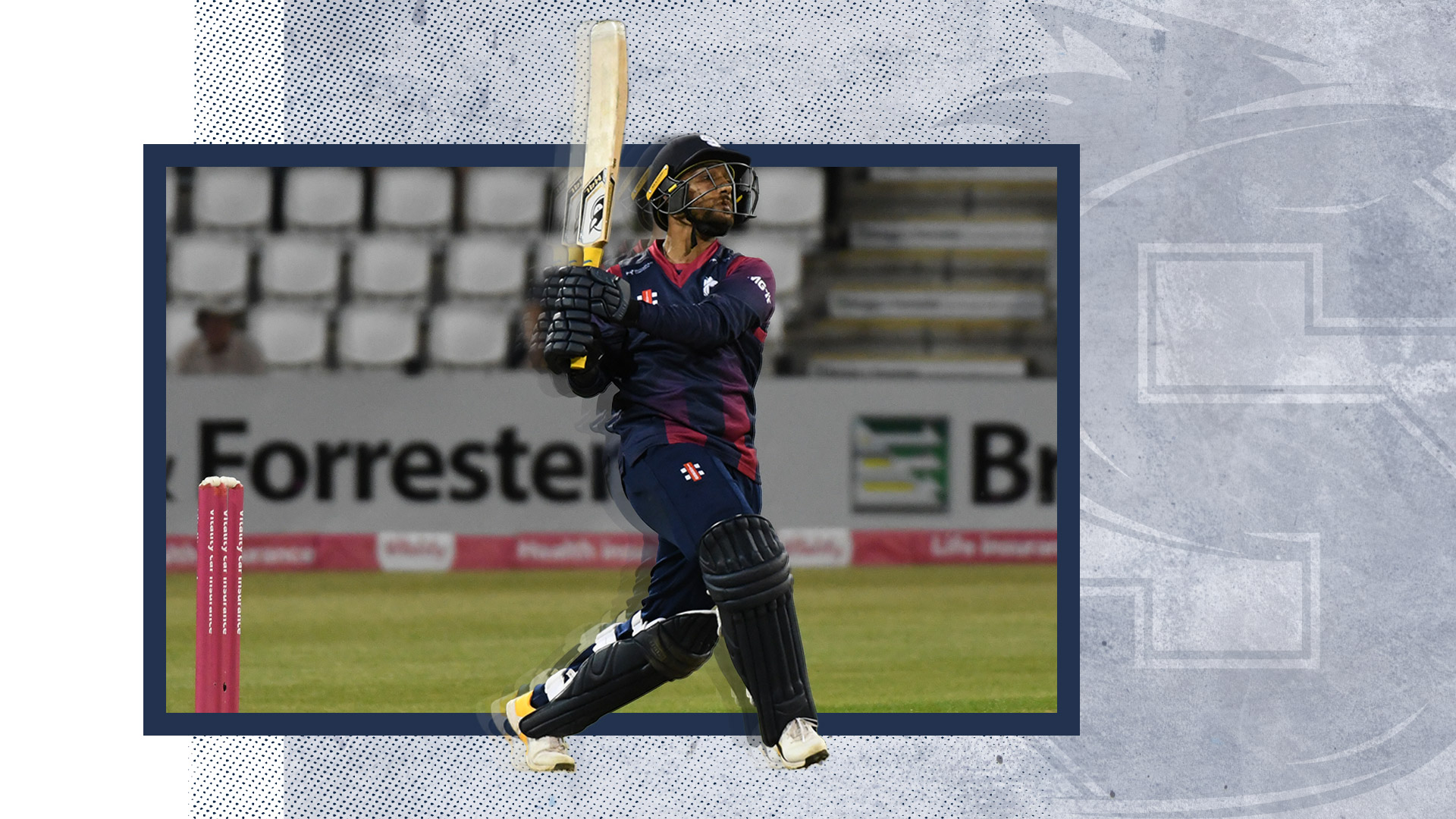 A blistering half-century and two wickets from Moeen Ali saw Worcestershire Rapids complete a 32-run victory over Northamptonshire Steelbacks at The County Ground.

The England allrounder, who survived a confident LBW appeal from Wayne Parnell on his first delivery, joined forces with Brett D’Oliveira in a partnership of 94 to set Worcestershire up for a big total in this Vitality Blast clash. Although Northamptonshire’s bowlers pegged things back once Moeen holed out for 52 from 30 deliveries, Worcestershire’s 185 for 7 proved too many.

The Steelbacks played aggressively from the outset but never regained their momentum once skipper Josh Cobb and Adam Rossington were parted in successive overs at the end of the Powerplay.

Earlier tight work from Northamptonshire’s bowlers restricted Rapids to a lacklustre 36 for 1 in the first six overs. D’Oliveira broke the shackles with two maximums over long-on before Moeen got in on the action with the ninth and tenth overs leaking 37 runs. Moeen brought up his half-century with his fourth six when he swung Graeme White over square leg before he was outsmarted by White, holing out to long on after a clever change of pace.

Cobb pegged back the scoring with two tight overs before Tom Taylor enticed D’Oliveira to edge a wide one behind for 43. Late hitting from Ross Whiteley and Ben Cox threatened to push Rapids towards 200, but Sanderson and Taylor finished with three wickets apiece to stem the flow.

The Steelbacks reply got off to a bad start when Richard Levi fell to the first ball of the innings, his drive struck with immense power but offering a sharp chance to D’Oliveira at backward point. Two overs later Ricardo Vasconcelos fell to a stunning diving catch in the deep by Whiteley.

Cobb was not going to die wondering and took four boundaries of Ben Dwarshuis’ second over and sliced Charlie Morris for a huge six over cover in the final over of the Powerplay. But his aggression came to an end next ball when he picked out the fielder at mid-on.

Rossington was then bowled playing for spin to a straight ball from Ish Sodhi and the wickets continued to fall. South African allrounder Wayne Parnell attempted to take down Moeen and was stumped. Rob Keogh fell to a diving catch in the deep by Dwarshuis off Moeen to leave the Steelbacks in further trouble at 95 for 6.

Saif Zaib mounted some late resistance with a flurry of eye-catching boundaries, including five consecutive fours in one Barnard over, but was left with too much to do. He was run out for 36 off just 21 deliveries looking to maintain strike in the late overs, the Steelbacks eventually falling 32 runs short.

The side now look ahead to Sunday afternoon when they welcome the Notts Outlaws.