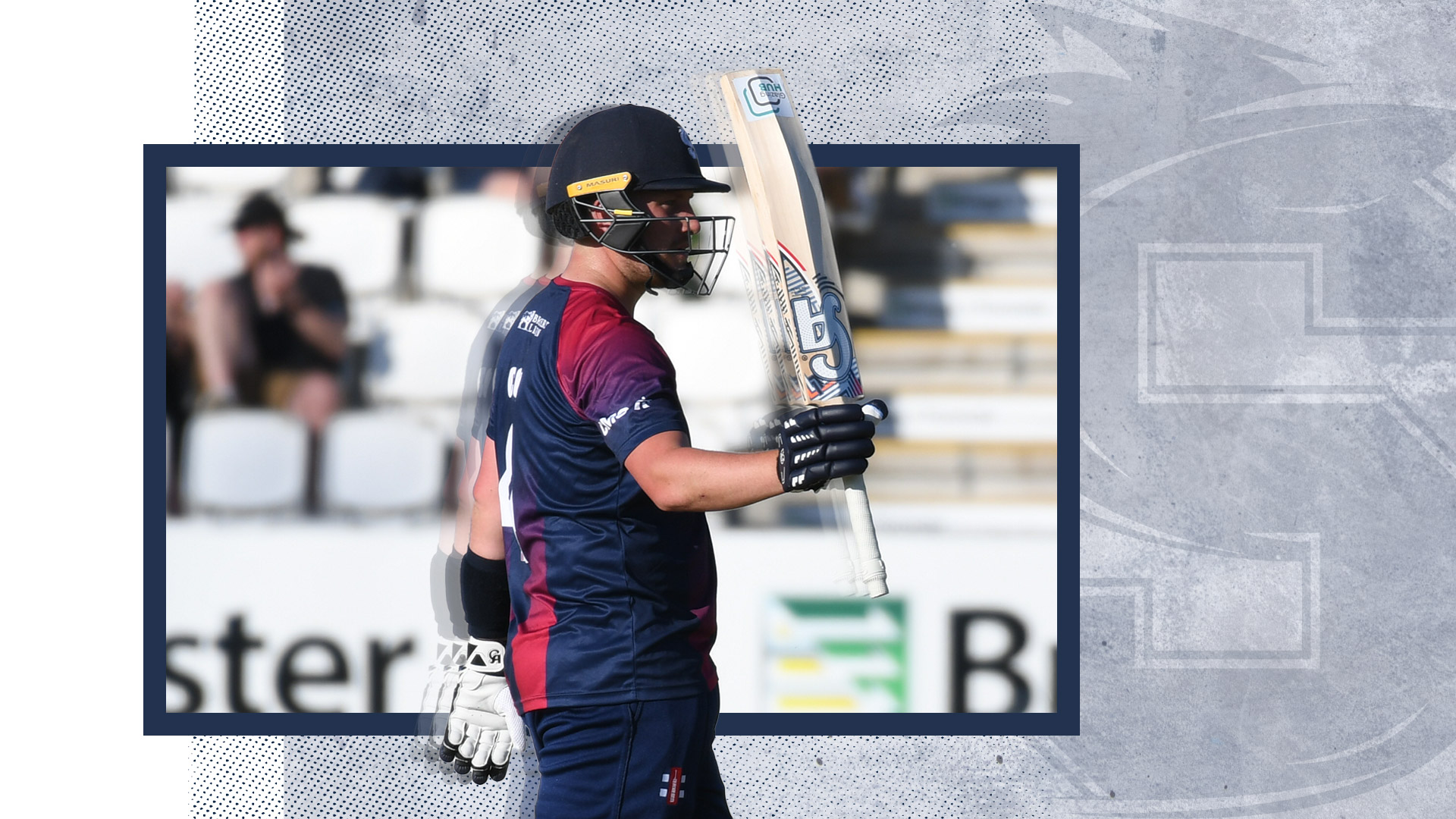 Cobb, Parnell Stand Out As Steelbacks Go Down in Run Fest

Joe Clarke caused chaos with the sixth-highest Vitality Blast score of all-time to guide Notts Outlaws the first win of their T20 defence.

Clarke clattered 136 off 65 balls to record the 24th greatest innings in T20 history and the best for a Notts player – as the visitors racked 214 up on Northamptonshire Steelbacks.

Josh Cobb’s monstrous 62 from 32 deliveries gave the Steelbacks hope of raining on Clarke’s parade but eventually fell 14 runs short, with Matt Carter’s parsimonious one for 15 vital.

Having chosen to bat, it didn’t take long for Clarke to strike the first of his 11 sixes – the fourth-most in this country.

Alex Hales cut a six-four combo before skying to mid-off, before Peter Trego joined Clarke for an 82-run stand in 48-balls – during which Clarke passed 50 in 28 balls.

Trego, Tom Moores and Lyndon James both slogged to deep mid-wicket, Steven Mullaney was yorked, Samit Patel was brilliantly caught and bowled by Wayne Parnell – but they were simply the supporting cast to Clarke.

The sound of leather onto willow onto concrete or steel seemingly accompanied every delivery – with the straight and mid-wicket boundaries, where he amassed 51 and 72 runs respectively, peppered. The only blip on Clarke’s innings was being spilt on 29 at mid-wicket, everything else seemed to find the middle of the bat.

His hundred was typically brought up with a straight six in 49 balls. He departed with three balls to spare, picking out Saif Zaib at long-on – having scored 64 per cent of the Notts runs.

The Steelbacks’ reply saw a required ultra-aggressive approach result in early wickets – Richard Levi, Adam Rossington and Ricardo Vasconcelos all departed in the power-play – mixed with an equal worm to Notts.

Cobb maintained the rate bringing up fifty in 22 balls before pulling up when coming through for second run to bring Vasconcelos back out as a runner.

Rob Keogh clubbed two sixes over long-on but failed with the third attempt to fall for 45 off 31, after a 104-run stand with Cobb.

Cobb eventually departed when he smashed a full-toss to the leg-side boundary, with Parnell caught straight and Tom Taylor at deep mid-wicket as the run-rate spiralled. Saif Zaib again showed his quality as he raced to 22 off just 11 deliveries, but the total remained out of reach with too much to do in the closing overs, Northamptonshire ending on 200 for seven.