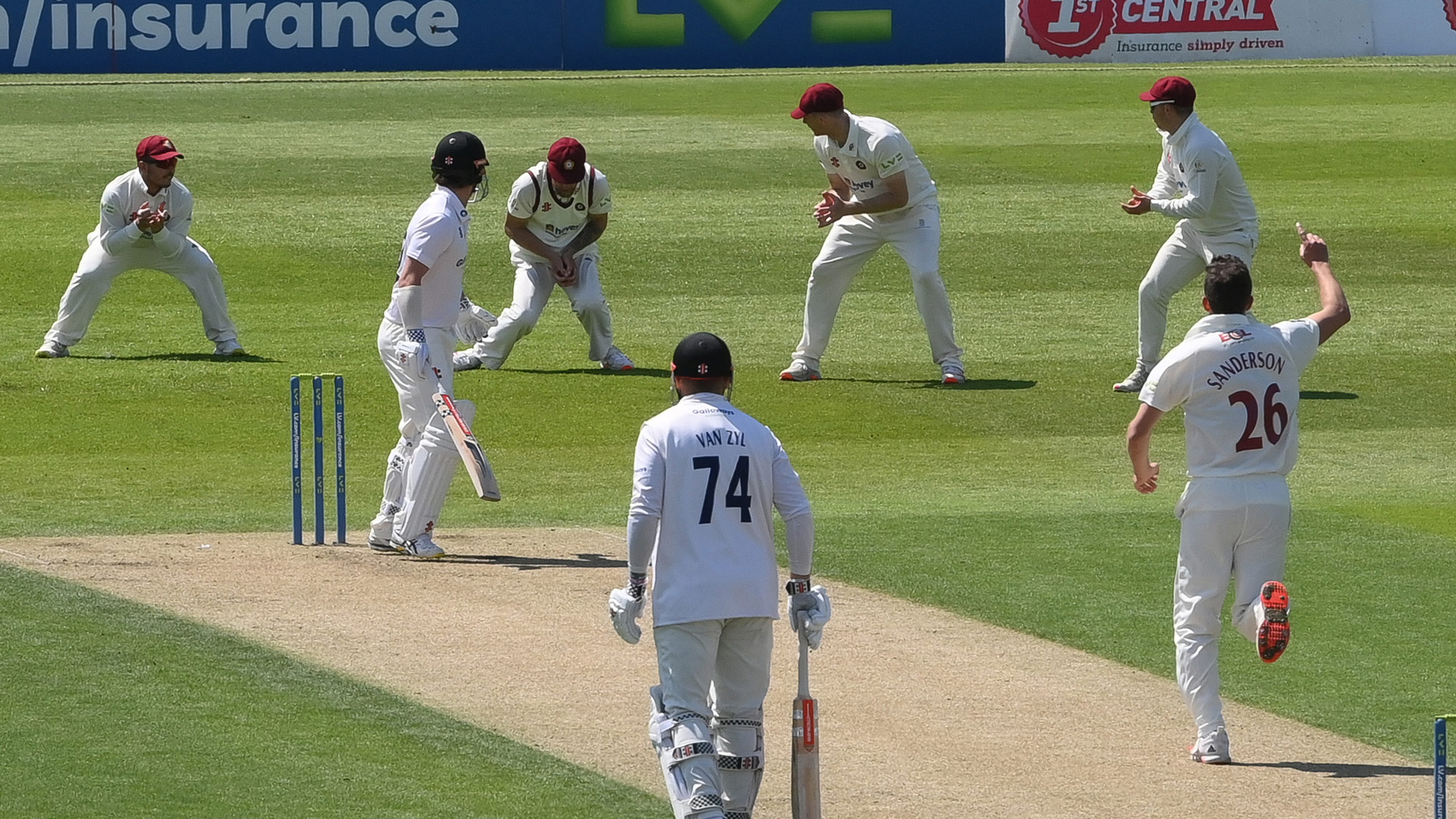 Northamptonshire seamer Ben Sanderson took the third five-wicket haul in his last four innings before Sussex fought back on the first day of their LV=County Championship match at Hove.

Sanderson took ten wickets against Sussex earlier this month and his high-quality opening spell, when he took three for 17, helped reduce the hosts to 30 for four.

When Sanderson took his fourth wicket with the second ball after lunch Sussex were in dire straits on 67 for eight, but Jack Carson led a fightback with 52 – his maiden first-class half-century – as the last two wickets added 108.

Six of Sussex’s top eight are left-handers and they them struggled as Sanderson got the ball to move away off a good length. The occasional delivery scuttled through too but there were runs to be had, as Carson and Henry Crocombe demonstrated in their ninth-wicket stand of 99.

Sanderson pinned Aaron Thomason (4) in his second over then removed Travis Head (1) and Stiaan van Zyl (5) in five balls with deliveries which deviated sharply off the seam. With Gareth Berg picking up his 300th first-class wicket when Tom Haines (1) was surprised by extra bounce, Sussex were in a mess.

Even when Sanderson and Berg rested, Northants kept the pressure on. Wayne Parnell had Ben Brown (9) caught behind off an inside edge and trapped Delray Rawlins (2) plumb in front. Tom Taylor knocked back Tom Clark’s (11) off stump and before George Garton (12) became Sanderson’s fourth victim.

Carson and Crocombe had some luck – Carson was dropped on 26 and his partner on 13 and 32 – but they punished anything loose and relished playing in front of a crowd for the first time with 800 spectators admitted.

Carson hit five fours in a 99-ball half-century while Crocombe was unbeaten on 46 when Sanderson completed his five-for with the wicket of Jamie Atkins (5).

Sussex then hit back with the ball. Wicketkeeper Ben Brown ran 30 yards to take the catch when Ben Curran (7) top-edged a pull off Crocombe, Luke Procter (9) was given caught behind after Atkins switched ends, Garton removed Ricardo Vasconcelos (20) to claim his 50th first-class wicket and Carson had Rob Keogh (24) caught at mid-wicket.

Nightwatchman Simon Kerrigan and Saif Zaib safely negotiated the closing overs to take Northamptonshire to 91 for four, trailing by 84.