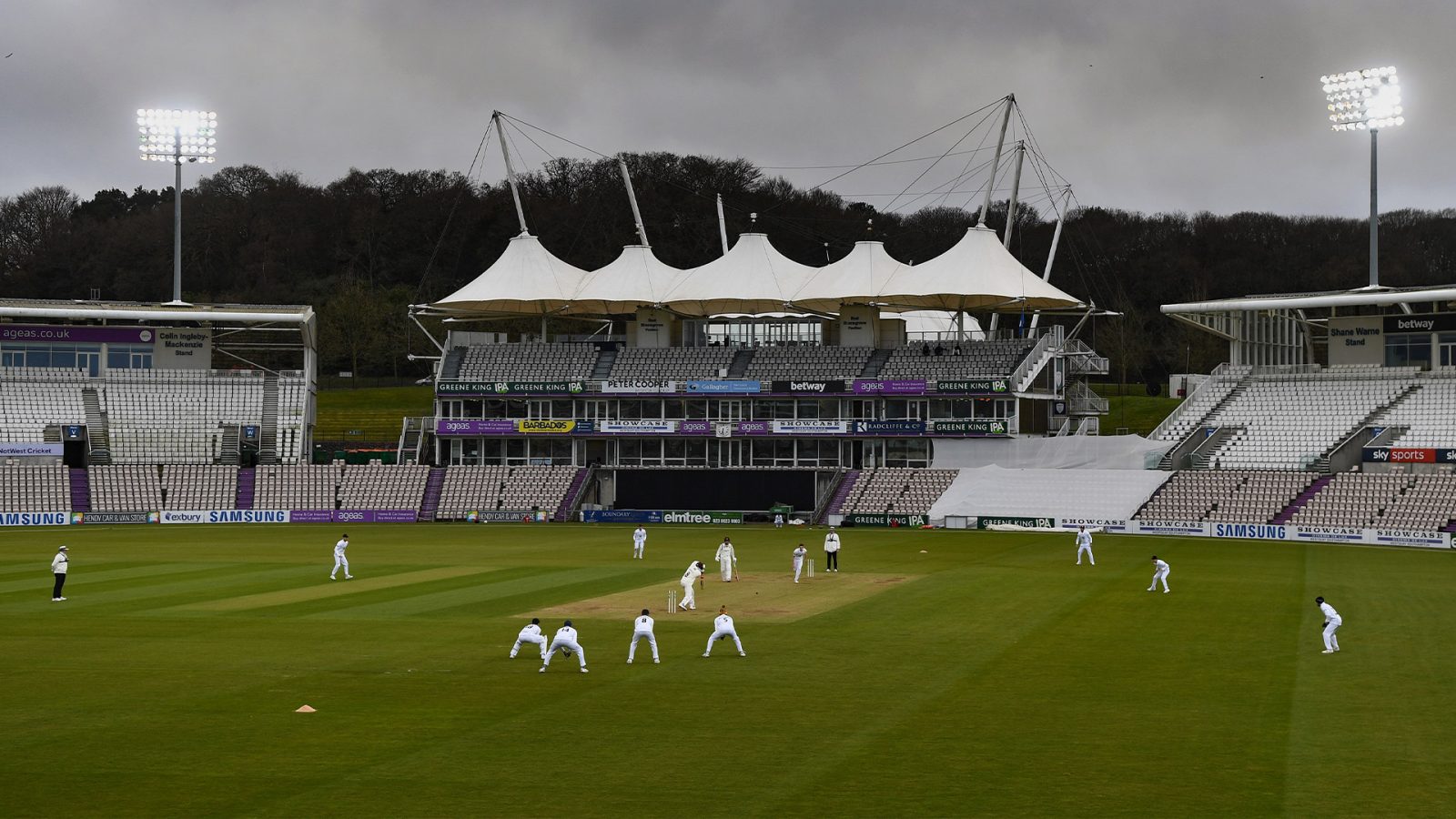 Northamptonshire made a bright start to the year with bat and ball in the Club’s first preseason friendly against Hampshire at the Ageas Bowl.

If a wait of 175 days wasn’t enough, Northamptonshire’s cricketers were made to wait a few hours longer as morning rain delayed the start of play by nearly four hours. It took Tom Taylor just two deliveries to find his first red-ball scalp for Northamptonshire though, trapping Holland in front for naught. The dismissal sees Taylor now hold the curious stat of having taken a wicket with his second ball for Northamptonshire in both red and white ball cricket.

Taylor added another to his tally in the following over, Weatherley offering no shot to a ball that moved back nicely to take off stump. Gareth Berg impressed on his return to the Ageas Bowl, following Taylor’s lead with near identical deliveries to bowl both Northeast and Dawson through the gate with Sanderson striking just before the tea break to leave Hampshire 81 for 5.

Northamptonshire Bowling Coach Chris Liddle said: “Unfortunately with the weather around and a delayed start we were restricted to only 25 overs in the field, but I thought we made good use of those 25 overs.

“Each bowler got a decent spell in and although there was the occasional match rustiness, we pretty much delivered what we set out to do.”

This fixture was the Club’s first competitive preseason cricket after being restricted largely to indoor nets until this point and Liddle was pleased with how his bowlers reacted.

“We talked about this being another step closer to being ready for the 8th of April and being able to control what we’ve worked on in training and not let emotions or scoreboard take over will be important today.

“Our challenge was hitting our areas and making it tough for the opposition and I think taking 5 wickets either bowled or LBW showed we were able to do that more times than not.”

With an agreement in place for both sides to bat and bowl on each of the two days, Curran and Vasconcelos emerged with the pads on after tea and settled quickly into their work. Both left handers consistently found, and on three occasions cleared, the boundary in their stand of 78.

After a watchful start in bowler-friendly conditions, Curran led the run-scoring early in the partnership before three elegant drives in the same over from Vasconcelos brought him back to parity. The pair accelerated through the evening session, Curran approaching his half century before both batsmen were called back to the dressing room after 20 overs. Wakely and Thurston safely took the total past 100 before gloomy conditions and fading light saw play called to a halt just after half past five.

“It was a good first outing for the lads.” Curran said.

“Great to be back playing after what seemed to be a long winter. Having had a few months away before Christmas gave me the opportunity to keep netting outside and working on my game. Hopefully that stands me in good stead for the season.”

Just 30 overs were possible on Day 2, with Emilio Gay looking composed and confident alongside Skipper Adam Rossington before a 2 hour rain delay brought a close to Northamptonshire’s batting innings. The players briefly emerged after lunch to give Gareth Berg time to claim his third wicket of the outing, but the arrival of more rain saw stumps called after just 6 overs.