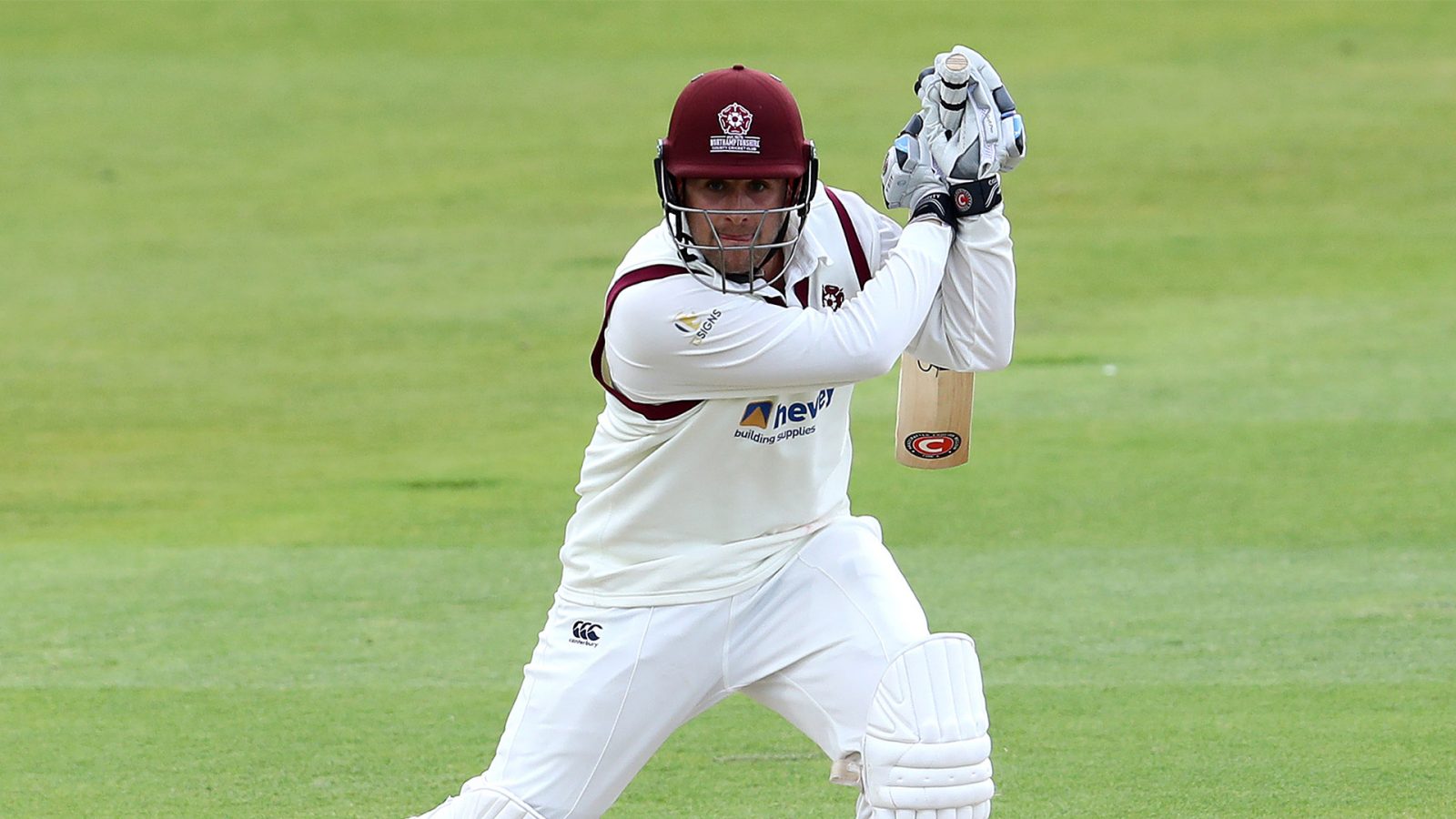 Thurston Sets Sights On All Formats

For many people the truncated 2020 season proved frustrating, but for Charlie Thurston, it’s safe to say it was a breakthrough year. The 24-year old batsman hit the ground running with an impressive 96 at Edgbaston when the season eventually got underway in August and carried on his good form, racking up 357 runs across eight innings in the Bob Willis Trophy.

“It was a pretty good season for me personally, I feel that I batted well and was nice to be given the opportunity and shown faith by the coaches in the first team.” Thurston said.

“It was frustrating to get 96 in the opener against Warwickshire, but at the same time it set me up for the season. It made it feel even better when I did get my first Northamptonshire century against Glamorgan later on in the summer.”

Thurston, who started his cricketing journey through the Hertfordshire age group set up, is chomping at the bit to get in back into the swing of things after a quiet winter.

“I still feel that I have areas to improve on and have been working hard with the batting coach Sads (John Sadler) since he has come in. I am also looking to adapt my game to help me break in to the one day side. I didn’t really get a look in last year and would love to play across all three formats.” Thurston said.

The batsman got himself on the Northamptonshire radar after being part of the MCCU scheme. Whilst completing his Geography degree, he was spotted by Phil Rowe who was so impressed that he asked him to come and play in the 2nd XI.

“I’m glad that I was able to finish and pass my degree but being able to now concentrate full time on cricket is my focus.

“My main aim is to continue my good form in the red ball side and try and become a more regular member in the T20 and 50 over side.”

It seems the pandemic hasn’t affected the mindset of Thurston, who has been taking the time away from cricket to keep his brain busy.

“I have really gotten in to crosswords and codewords to keep my brain active. I haven’t managed to watch a lot of good shows on TV, but have found myself watching a lot of CNN and keeping up to date with American politics.”

Thurston is hopeful of seeing fans back in Wantage Road after missing them last summer.

“It was especially noticeable for the T20 nights, because those games are all for the buzz of the crowd, but it was a different challenge to try and motivate ourselves for a different style of cricket.

“Hopefully we can start to see some form of crowd back in this summer, which has been missed by us and I’m sure missed by the fans too.”