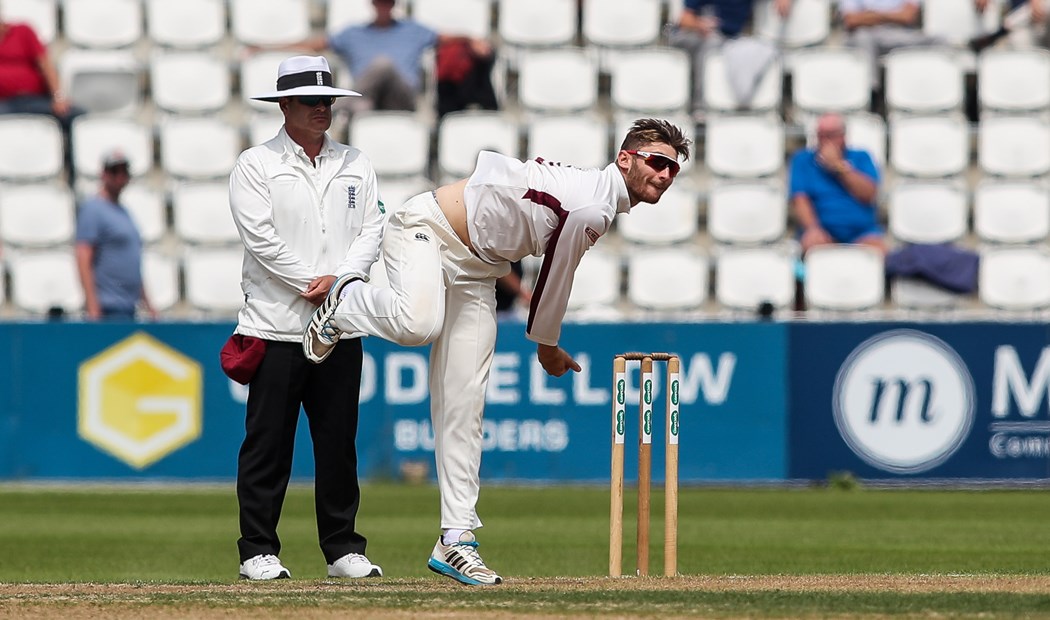 Northamptonshire’s Rob Keogh is set to miss the rest of the season with a serious hand injury.

The 26-year-old batsman/off-spinner has snapped the tendon in his finger and will need to wear a splint to keep it immobile for the next twelve weeks.

It definitely rules him out for the whole of the Steelbacks’ campaign in the Vitality Blast which starts on July 4.

“The splint will keep the finger still – because if it bends in the first eight weeks, the process will have to start again,” Keogh explains.

“It will then need to go into another cast for a further four weeks, so that takes us nearly to the end of the season.

“I’m absolutely gutted to be missing so much cricket, especially the Twenty20.

“I had one of my better seasons personally in the competition last year.  All the players enjoy T20 – trying to get to finals day with that terrific atmosphere.

“It’s hugely disappointing that I won’t be involved this time – although obviously I’ll be supporting the rest of the team and doing a bit of radio commentary as we look to win the trophy again.”

Keogh took an important catch to send Andre Russell on his way in the Semi- Final against Notts and then went on to hit the winning runs when the Steelbacks beat Durham in the 2016 T20 Blast final at Edgbaston.

NCCC Head Coach David Ripley commented: “I feel for Rob because his season hasn’t really got going with injury through the pre-season period, and now another injury that’s ended his campaign.

“He’s started his spell on the sidelines with a very positive response in how he can still continue to work on his bowling – and as also support the rest of the lads in practice and pre-match preparation.

“We will certainly miss his all-round contributions in both the T20 and Championship cricket  but we’re sure he’ll make a full recovery.”

Vitality Blast is back! Northamptonshire Steelbacks host seven Twenty20 games this July and August. Purchase your tickets in advance and save £5 att www.nccc.co.uk or by calling the Ticket Office on 01604 514455.