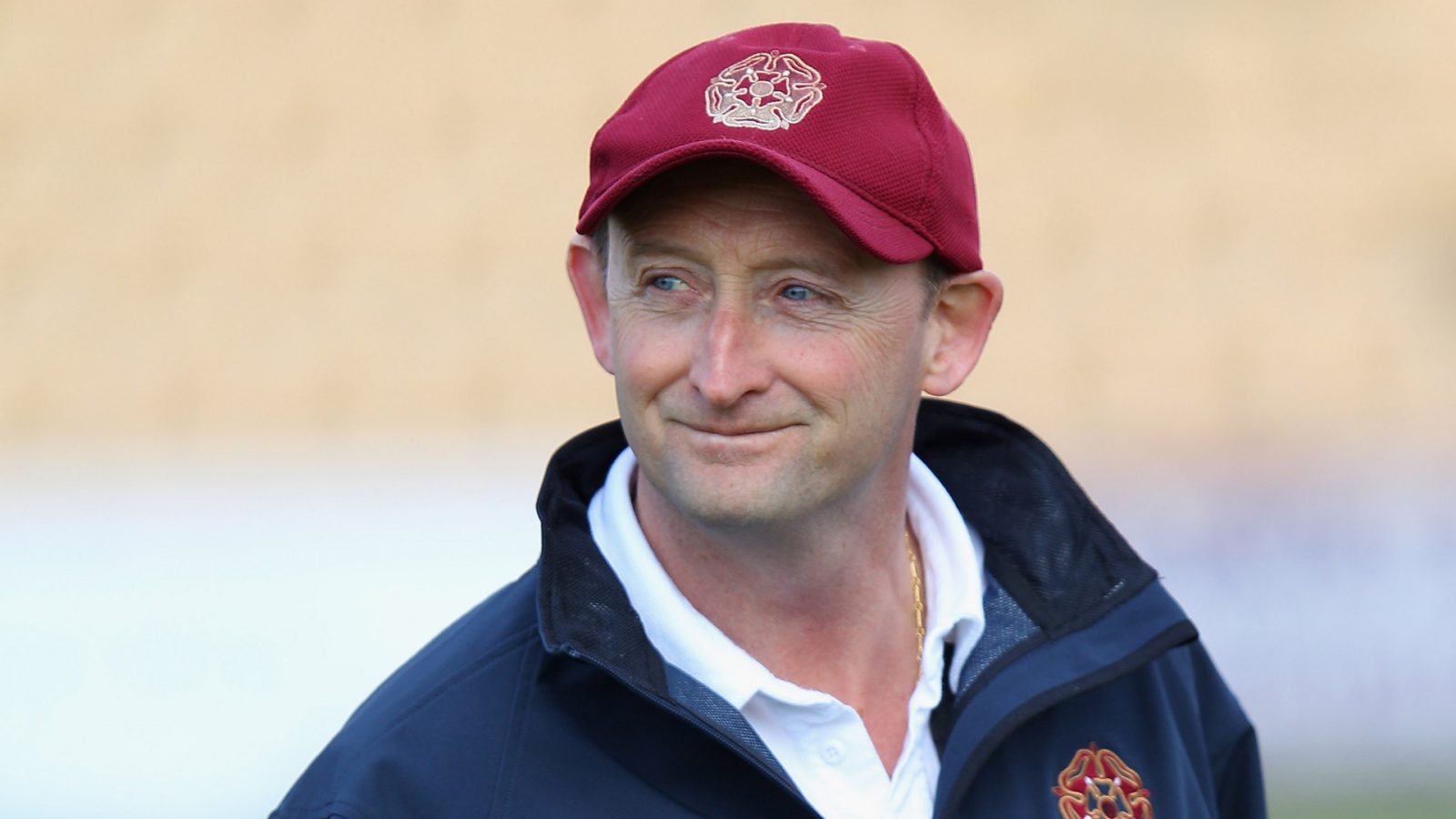 Northamptonshire County Cricket Club is deeply saddened to announce the death of David Capel at the age of 57 following a long illness.

The former County and England all-rounder – inducted into the Hall of Fame at Wantage Road earlier this year – had been diagnosed with a brain tumour in 2018.  He passed away at his home earlier today.

‘Capes’ made 270 first-class appearances for Northamptonshire between 1981 and 1998, as well as 300 List A matches, and in 1987 became the first Northamptonshire-born cricketer to represent England at Test level since fellow local hero George Thompson 77 years earlier.

Renowned throughout the game as a determined and combative cricketer, totally loyal to his native county, he joined Northamptonshire’s staff as an ‘apprentice cricketer’ in 1980 and gave 32 years’ unbroken loyal service to NCCC as player and coach until 2012.

David scored 10,869 first-class runs and claimed 467 wickets for the club – making his debut (as player number 331) against the touring Sri Lankans at Northampton in 1981 and claiming an illustrious first Championship victim the following summer when he dismissed Sir Geoffrey Boycott.

In limited-overs cricket he recorded 6,274 runs and 237 wickets, and was named Man of the Match on five occasions including the NatWest Trophy semi-final against Leicestershire at Grace Road in 1987.  He scored 97 off 110 balls in a losing cause against Yorkshire in the Benson and Hedges Cup final at Lord’s that same year.

1987 also saw him make his Test debut against Pakistan at Headingley.  Coming to the crease with England reeling at 30-5 in the face of hostile fast bowling from Imran Khan and Wasim Akram, he fought his way to a battling half-century.  He went on to play 15 Tests (missing out on a century by just two runs at Karachi in the 1987-88 series) and 23 One-Day Internationals.

ECB Chief Executive Officer, Tom Harrison, said: ”This is hugely shocking and sad news for the English Cricket family and particularly those connected with Northants CCC. David was one of the finest all-rounders of his era and spent an astonishing 33 years at Wantage Rd.

“I had the privilege of playing with David, a hugely competitive and determined cricketer who was never beaten – an attitude he took into his battle with his illness. A complex and private man on the surface, a kind and gentle one to those who knew him well. I will miss his friendship.”

He was awarded his county cap in 1986, took a benefit in 1994 and remained a key member of the Northamptonshire side up to his retirement from the first-class game in 1998.

He subsequently turned his attentions to developing the County players of the future and was named Director of Excellence in 1999, subsequently taking charge of the club’s Academy.  He graduated to head coach in 2006, succeeding Kepler Wessels, and his side only missed out on Championship promotion by the narrowest of margins in 2009.

He was a regular attender at the club’s Former Players’ Day and was present at the most recent event last summer, enjoying the day in the company of former team-mates and reminiscing fondly about former Northamptonshire paceman Les McFarlane who died in May 2019.  The pair had played against each other in Northampton Town League – David for Roade and Les for United Social.

No-one was prouder to wear a Northamptonshire or an England cap – and the club extends its deepest sympathy to David’s family and friends.