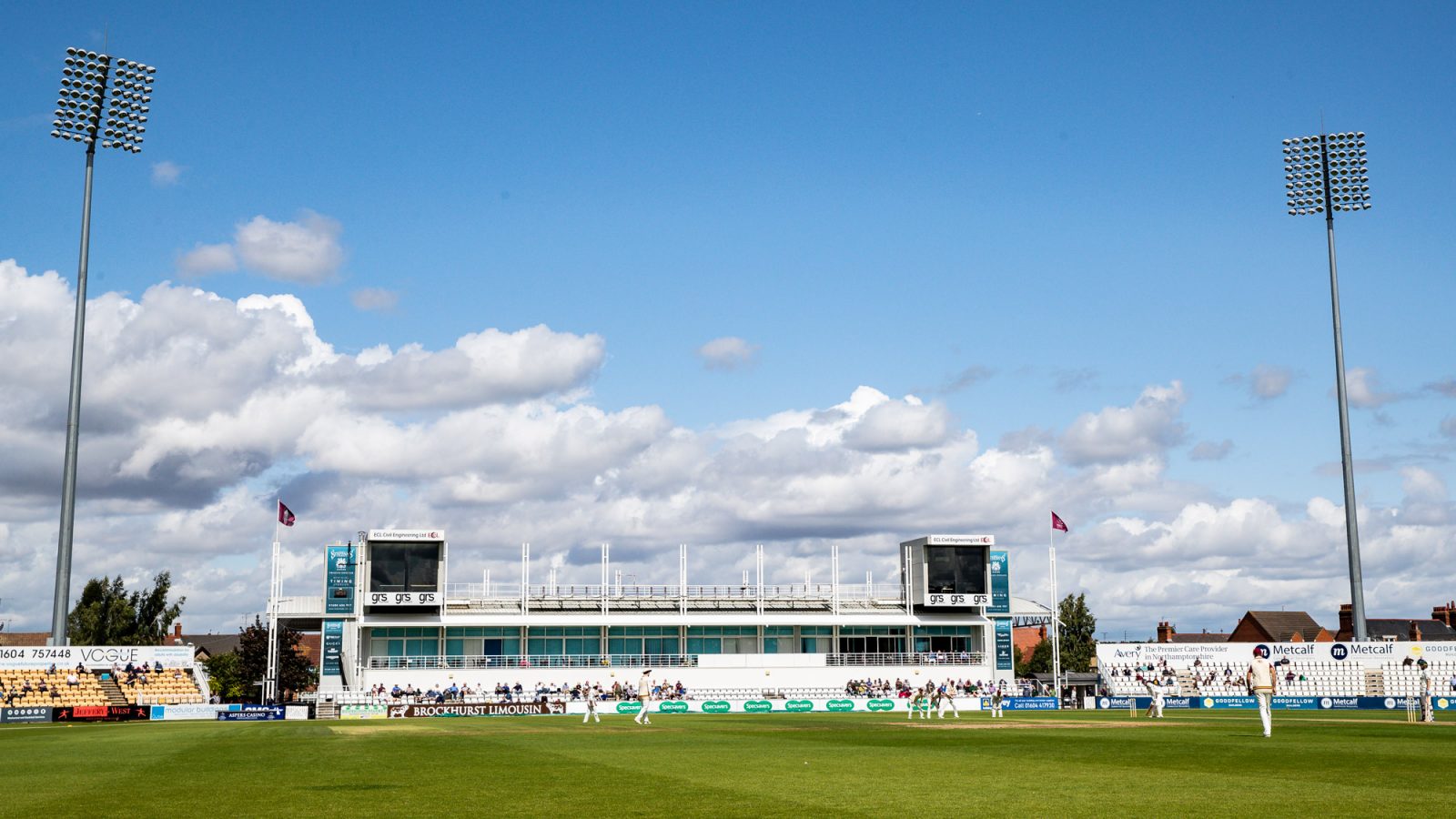 The England and Wales Cricket Board (ECB) has confirmed fixtures for the Bob Willis Trophy today, with all 18 First-Class Counties (FCCs) set to be in action when the one-off red-ball competition begins on Saturday 1 August.

The Bob Willis Trophy will hold first-class status, but is a separate competition from the County Championship, and will comprise three regionalised groups, consisting of six counties per group.

The FCCs will play five group-stage matches – one against each county in their group – with the two group winners with the most points set to progress to a five-day final.

Northamptonshire begin their campaign away at Edgbaston before returning to The County Ground for three consecutive home fixtures.

Fixtures for a special women’s domestic competition are set to be announced alongside confirmation of the full schedule for the Vitality Blast next month. The Vitality Blast will commence on 27 August.

ECB Chief Executive Officer, Tom Harrison, said: “There has been a strong determination across the game to play men’s and women’s domestic cricket his summer and the fact that we will owes to the significant work and collaboration across the county network.

“The efforts to deliver a new one-off men’s and women’s competition, in addition to a shortened Vitality Blast, to meet the unprecedented requirements of playing professional cricket during a pandemic have been remarkable.

“It will be a fitting reward for all that work, and for the patience of all county cricket fans, when the first ball is bowled in the Bob Willis Trophy next Saturday. To have this year’s first-class competition named in Bob’s honour is a perfect gesture to a great man who is sorely missed.

“I am pleased that we have been able to schedule women’s domestic cricket and ensure competitive cricket following last month’s confirmation of the first cohort of players on Regional Retainer contracts.

“We will need to remain agile to the challenges that will await us during the shortened domestic season with the health and wellbeing of our players, staff, officials and fans continuing to be our first priority.”

The domestic competitions will be staged under strict health and safety protocols with the Bob Willis Trophy also set to feature ECB Board-approved changes to playing conditions to help ensure the wellbeing of players, most significantly fast bowlers, following the long lay-off due to COVID-19.

The playing conditions have been put in place following extensive medical research and in collaboration with the First-Class Counties and the Professional Cricketers’ Association, and include:

Performance Cricket Committee Chair, Sir Andrew Strauss, said: “For all fans of the county game, it is fantastic news that domestic cricket will get underway at the start of August.

“It goes without saying that everyone wants to see competitive red and white ball cricket but in these unprecedented times it is crucially important that we recognise that the fitness and wellbeing of players is the top priority after a long lay-off period.

“Following appropriate medical consideration these measures have been put in place for the Bob Willis Trophy to help to protect players from the risk of long-term injury and any impact that could have on their careers.”

Bob Willis’ name will adorn the one-off men’s red-ball tournament after his former England team-mate, and close friend, Sir Ian Botham proposed the idea as a tribute following his death in December last year at the age of 70.

Willis claimed a then record 325 wickets, from 90 Test caps, during an international career which was highlighted by his fierce determination – most significantly against Australia at Emerald Headingley in 1981 – and an endearing persona than won him admirers across the world.

Durham County Cricket chairman, Sir Ian Botham, said: “As a player there was no better person to turn to in a crisis and as a man there was no-one more capable to make you smile and realise the beauty in life.

“He was an ardent advocate for the longest form of the game and, at a time when all of his great virtues have been needed by us all, I can think of no better person to name this tournament after.”

A special trophy is also set to be minted for the champions and will feature a cuboid design of Willis in his iconic bowling action, as painted by his wife Lauren.