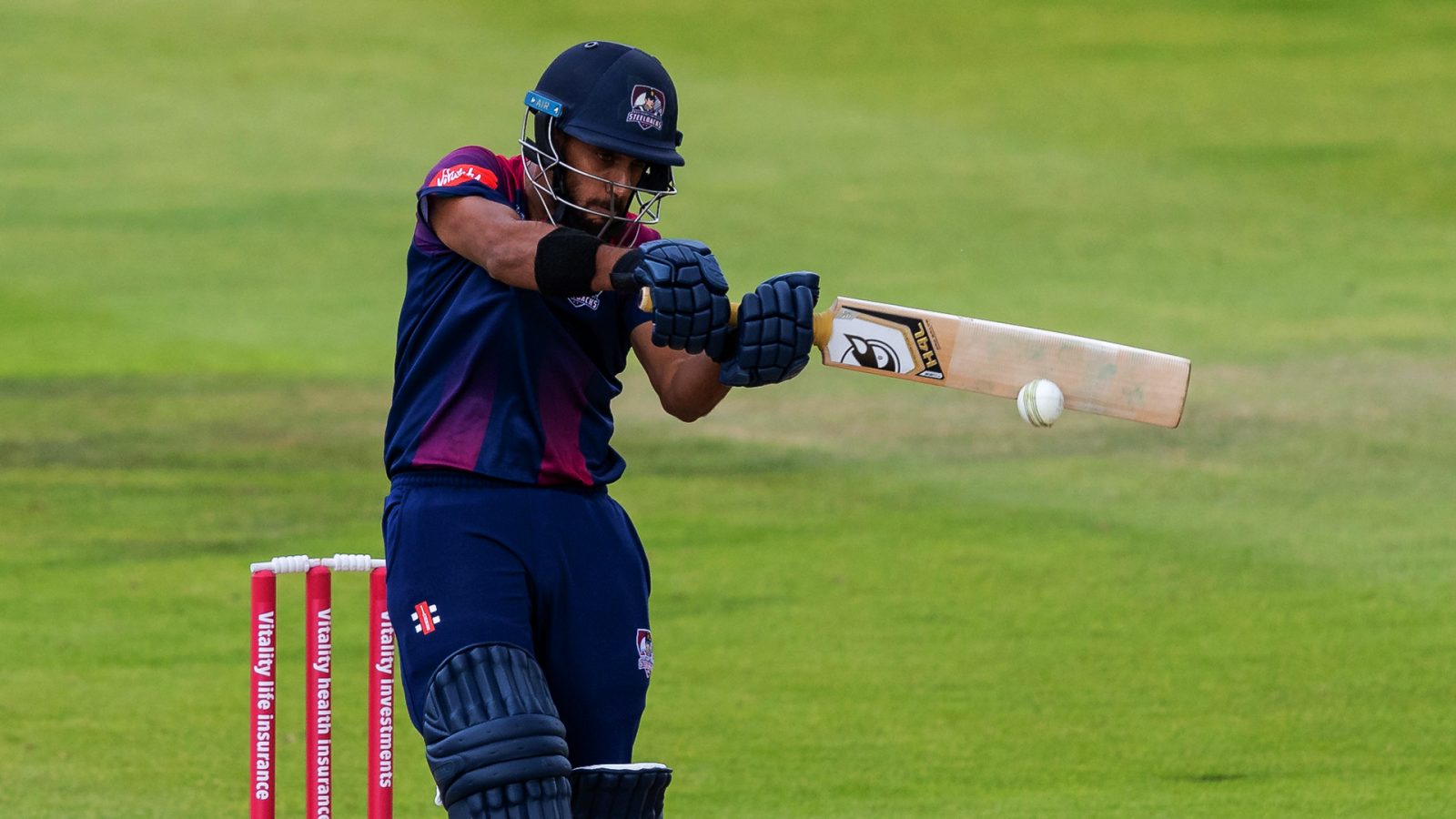 Saif Zaib will remain with Northamptonshire until at least the end of the 2022 season, after signing a one-year contract extension with the club.

Zaib, who made his debut in 2014, excelled during the 2020 season featuring in both the Bob Willis Trophy as well as being a key part of the Steelbacks side who made it to the Quarter Finals of the Vitality Blast.

“I am very pleased to sign a new deal, we have a good young team coming through which is exciting to be a part of.” Zaib said.

“I feel like I had a decent run in the team last year and felt good when I was out in the middle. It was disappointing not to get to Finals Day in the Blast but I’m sure we will come back stronger this year.”

Steelbacks Captain Josh Cobb was pleased with the contributions he saw from Zaib last year.

“Saif has been around awhile now and shown glimpses but it was great to see him show everyone what we know he can do in the Twenty20s last year. He’s a real three-dimensional cricketer who should be pushing for a key role in all three formats.

“He’s always worked hard on his game but he’s being smart and learning alongside that now as well. When he’s going he’s a 360 degree batter who’s exciting to watch so there’ll be more match winning innings to come from Saif I’m sure.”

The all-rounder is another member of the current squad to have come through the Northamptonshire Academy and starred as a key member of the Second XI in recent years. After a bright 2020 season, Zaib is looking to further fix his place in this first team this summer.

“It was a little bit of a breakout year for me last year, but I’d definitely like to do a bit more for the team.

“I would love to contribute more and more as we move forward and have many more successful years as a Steelback.”