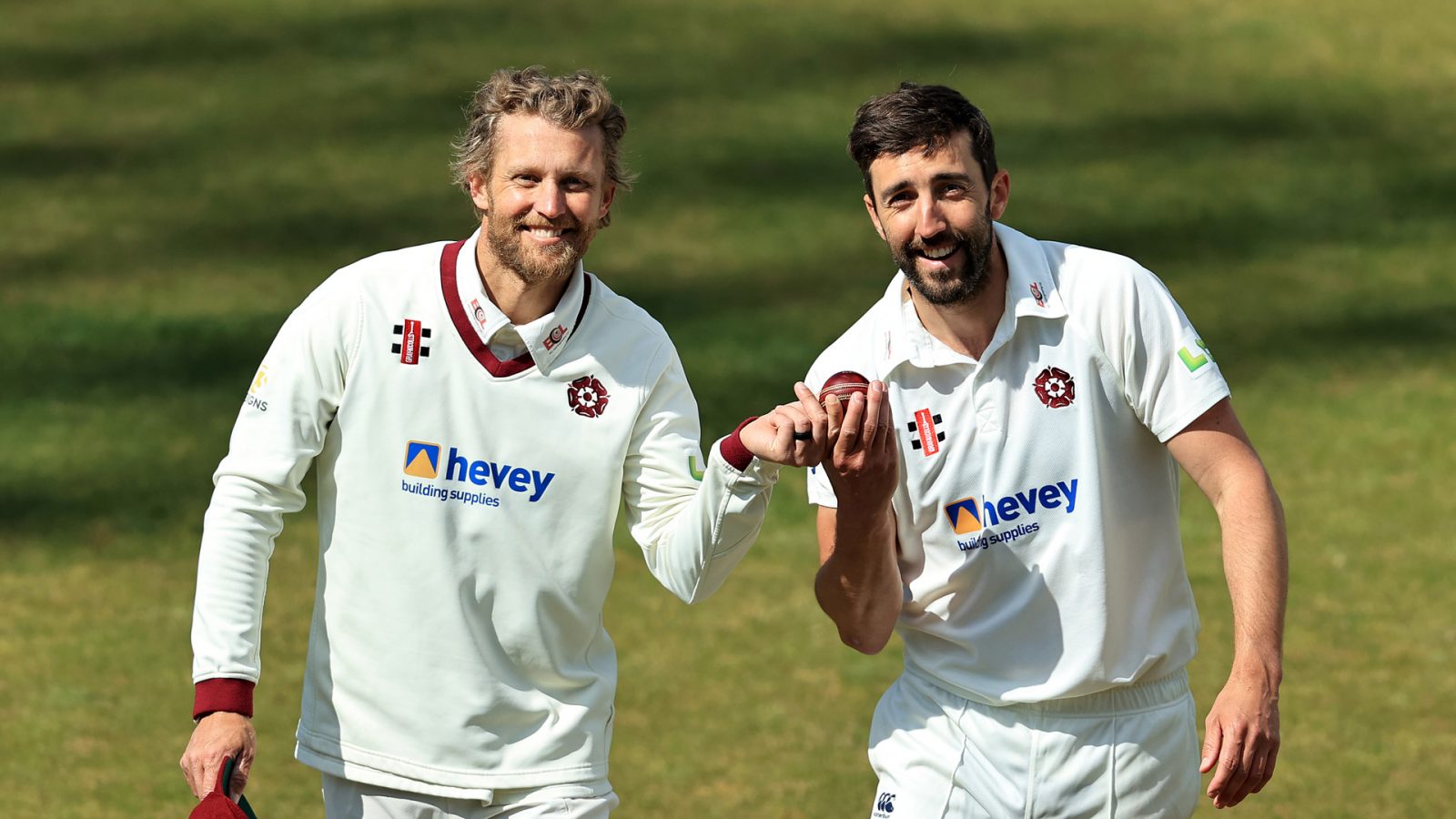 Veteran fast bowlers Sanderson, 32, and Berg, 40, both returned five-wicket hauls, five for 28 and five for 18 respectively, as Sussex were skittled for 106.

The visitors’ pain could have been worse having been 25 for seven had it not been for England Test hopeful Ollie Robinson’s unbeaten 49.

Robinson then claimed four for 31 but Northamptonshire pushed on to 214 for five thanks to Keogh’s 66 and Zaib’s 66 not out, to lead by 108 at the end of day one at Wantage Road.

Play was delayed by half an hour due to rain, but Northamptonshire made up for lost time having stuck Sussex in to bat.

Tom Haines prodded the fourth ball of the innings to first slip for a golden duck and was quickly followed by Aaron Thomason and the bowled Stiaan van Zyl.

Berg produced an almost unplayable ball angled across debutant Travis Head to nick behind before Ben Brown was lbw three balls later. Tom Clark was pinned by Sanderson while Delray Rawlins’ attempt to slog Sussex out of trouble ended with a wild swing landing in first slip’s lap and a duck.

While the pitch offered significant nip for the quick bowlers, largely the quality of bowling from the experienced pair rather than reckless batting could be accounted for the slump – although none of the top seven reached double figures.

Robinson and Stuart Meaker provided a rear-guard 56-run stand for the eighth wicket. But Berg returned after lunch to find Meaker tamely edging behind before completing the sixth five-for of his first-class career when he castled Jack Carson.

Northamptonshire’s reply started slowly as Ben Curran was leg before to Robinson second ball and 19-year-old Sarro had Ricardo Vasconcelos adjudged lbw with the fifth delivery of his first-class career.

But Charlie Thurston showed a carefree blueprint with his 24 from 25 balls, before edging to first slip, which pointed Keogh in the direction of his 22nd career half-century.

He reached the milestone in 64-balls with three successive boundaries off spinner Carson.

Luke Procter was bowled by Robinson, but Keogh and Saif Zaib teamed up for an 88-run stand to steam into a first-innings lead – with the run-rate never dipping below four an over.

Keogh departed caught at second slip after some confused umpiring but Zaib, who reached an 83-ball fifty, and Adam Rossington added a further 66 before close to leave Northamptonshire 108 ahead.