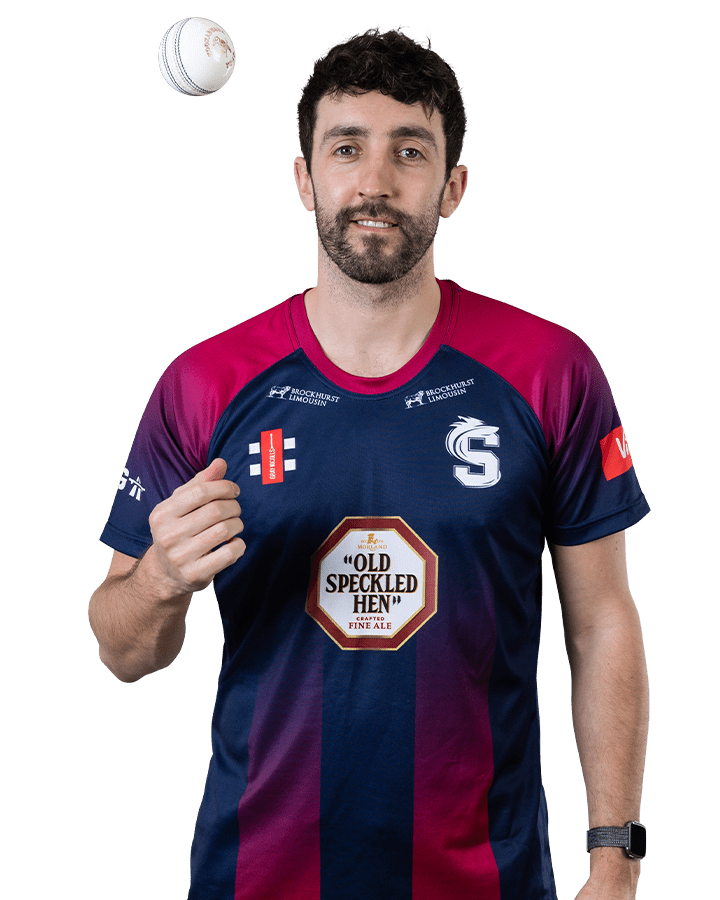 Ben Sanderson has been a wicket-taking force in Championship cricket in recent years, claiming 160 scalps over the past 3 years.

Consistently striking with the new ball, Sanderson was the third highest wicket-taker in Division Two and earned a place in the Greene King Team of the Year for 2019.

Sanderson’s excellent numbers were rewarded with a contract extension in December, keeping him at the club for a further 3 years.

Since being plucked from the Yorkshire cricketing system, Ben Sanderson has been a match winner for Northamptonshire. Taking bucket loads of County Championship wickets, Sanderson’s pitch it up and swing it style of bowling has seen him have vast amounts of success in Division Two.

Taking 55 wickets at 21 runs apiece in 2016 and 60 wickets at just 16.70 in 2018 helped Sanderson build his reputation as a devastating opening bowler with the red ball in his hands.

Sanderson got thrown in at the deep end on T20 Finals Day lining up against very strong Nottinghamshire and Durham sides, but the seamer delivered taking 2/21 in Semi Final and 3/31 in the Final to help the Steelbacks take the crown.

First Class career statistics of 233 wickets from just 60 matches show the class of Sanderson and he will be crucial for Northamptonshire to fight in Division One this season.