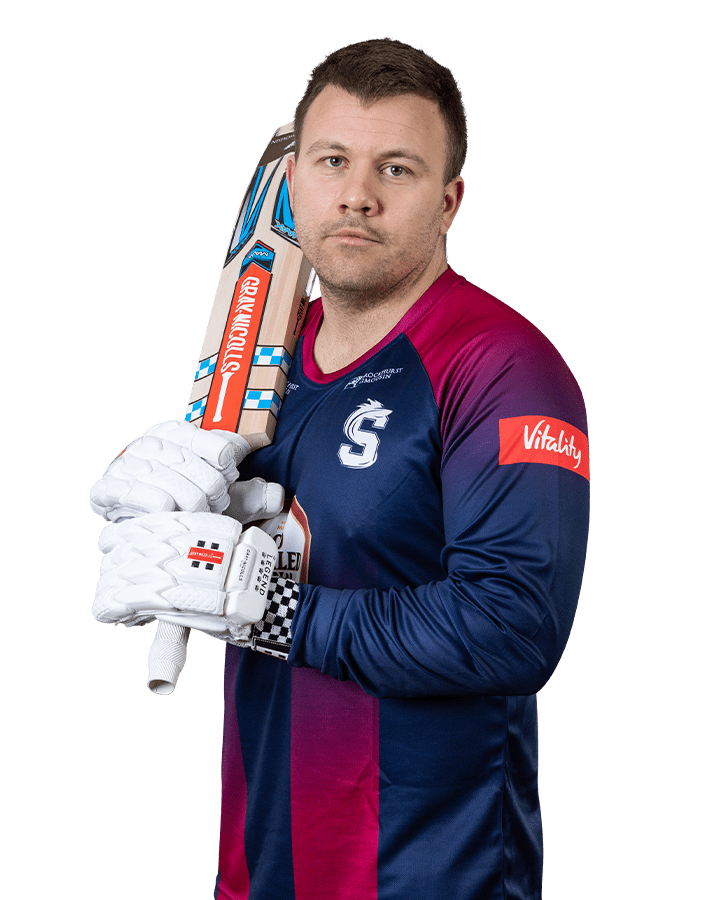 Northamptonshire’s Captain in red-ball cricket, Rossington was the frontman of the club’s resurgence and ultimate promotion in 2019.

A powerful lower order batsman and highly skilled wicketkeeper, Rossington was the club’s leading Championship run-scorer in 2019 with 787 runs at an average just shy of 50.

After joining Northamptonshire, originally on loan from Middlesex in 2014, Adam Rossington fitted straight into the side, impressing with both the bat and the gloves. This led to him earning a full-time contract and was a crucial part of the sides that reached back to back T20 Blast finals in 2015 and 2016, where the Steelbacks lifted the trophy.

It’s not just with the bat where Rossington has excelled. Behind the stumps he has proved to be a fine gloveman with over 250 career dismissals across all forms of the game.

Rossington also shown promise at a young age on the international stage, he made his debut for England Under-19s against Sri Lanka during their tour to England in 2010, playing in two Youth T20s. England Under-19s then toured Sri Lanka in the early part of 2011, with Rossington playing a single Youth Test match on the tour where he scored 113.

In 2019, it was announced that Rossington would take over the red ball captaincy from Alex Wakely and under his leadership the county managed to secure their place in Division One for the 2020 season. In a run of good results at the end of the season, Rossington scored a swashbuckling 82 from 70 balls to help beat Durham in a crunch match at The County Ground.