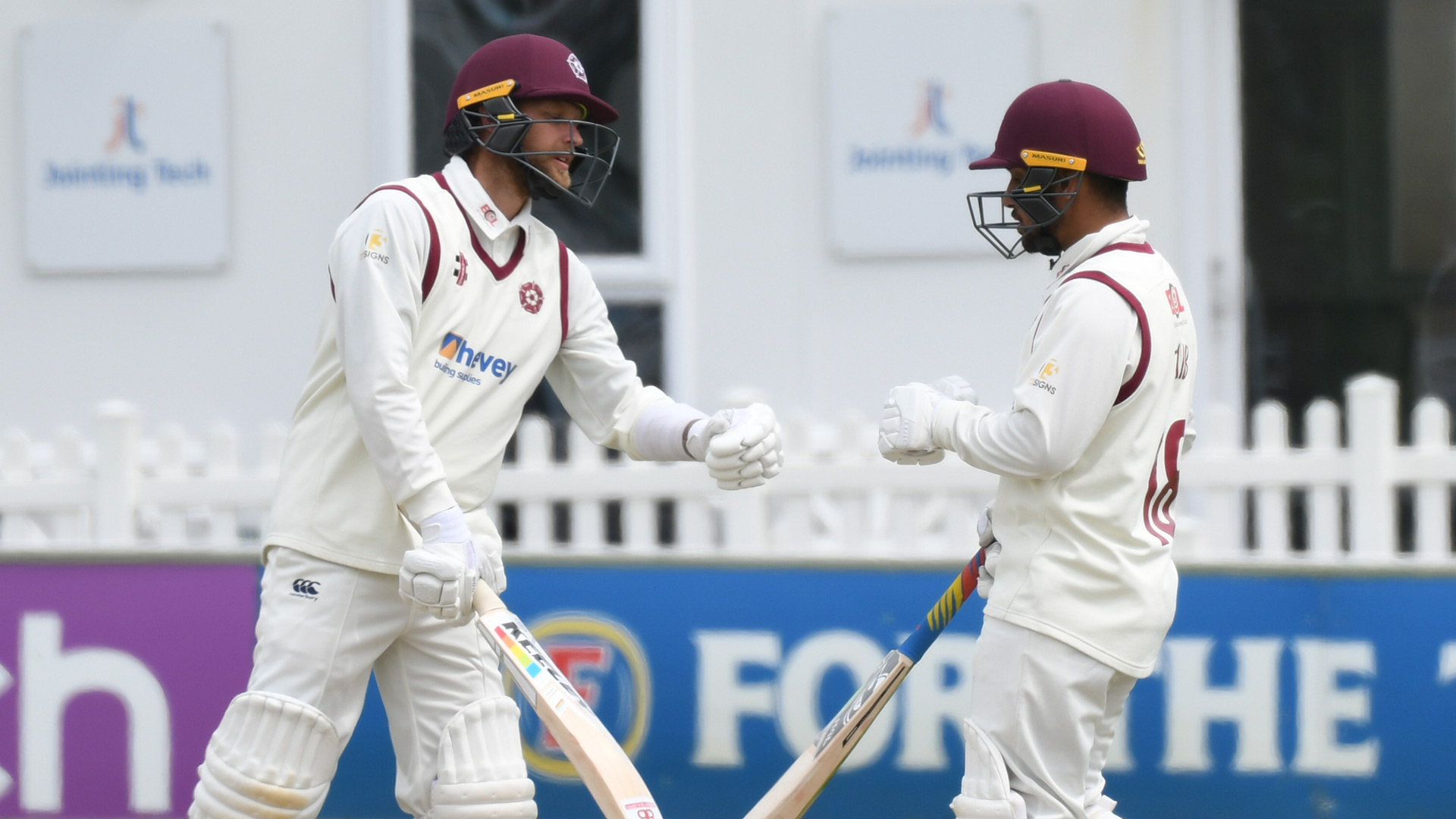 Zaib and Berg Give Northamptonshire Advantage

Veteran Gareth Berg made crucial contributions with bat and ball to leave Northamptonshire well placed to record their second LV= County Championship win of the season against Sussex.

After conceding a first-innings deficit of 81, Sussex all but cleared their arrears for the loss of one wicket before Northamptonshire wrestled back the initiative after tea on the second day at Hove.

Left-arm spinner Simon Kerrigan picked up Stiaan van Zyl (17) and Travis Head (0) in successive overs as the runs dried up and when Tom Clark (13) followed Berg’s away-swinger and was held at third slip, Sussex were effectively 17 for four.

But opener Tom Haines dug in with an unbeaten 64 and Ben Brown (34 not out) counter-attacked in the last hour as they added 44 for the fifth wicket. Sussex closed on 142 for four, a lead of 61.

Those three quick wickets in the final session were important but so were the runs Berg added with last man Ben Sanderson before Northamptonshire were dismissed for 256.

The 40-year-old made an unbeaten 43 while Sanderson, who took five wickets in Sussex’s first innings, frustrated them with the bat, contributing 20 a stand of 51 in 65 balls before he was bowled by George Garton, who finished with four for 69.

Sanderson struck in his second over when Sussex went in again, snaring Aaron Thomason (8) who followed an away-swinger. Sanderson produced another high-quality spell after tea when he was very unfortunate not to take two or three wickets, and he was well supported at the other end.

Van Zyl had helped Haines put on 67 for the second wicket before Kerrigan dived to his right to take a return catch off a loose drive. Then Head, whose five innings since signing for Sussex have yielded just 38 runs, edged to slip for a fourth-ball duck.

Earlier, Saif Zaib had held the Northamptonshire’s innings together through the middle order. The left-hander, who made 135 in their innings victory over Sussex earlier in the month, was ninth out after Jamie Atkin angled one away off the seam.

Atkin and Henry Crocombe picked up two wickets while left-armer Garton took three. He yorked night-watchman Kerrigan (15) and then ended a sixth wicket stand of 53 between Zaib and Rossington when the Northamptonshire skipper was well caught at second slip by the diving Clark. Garton ended the innings by yorking Sanderson just after Sussex had taken the new ball.