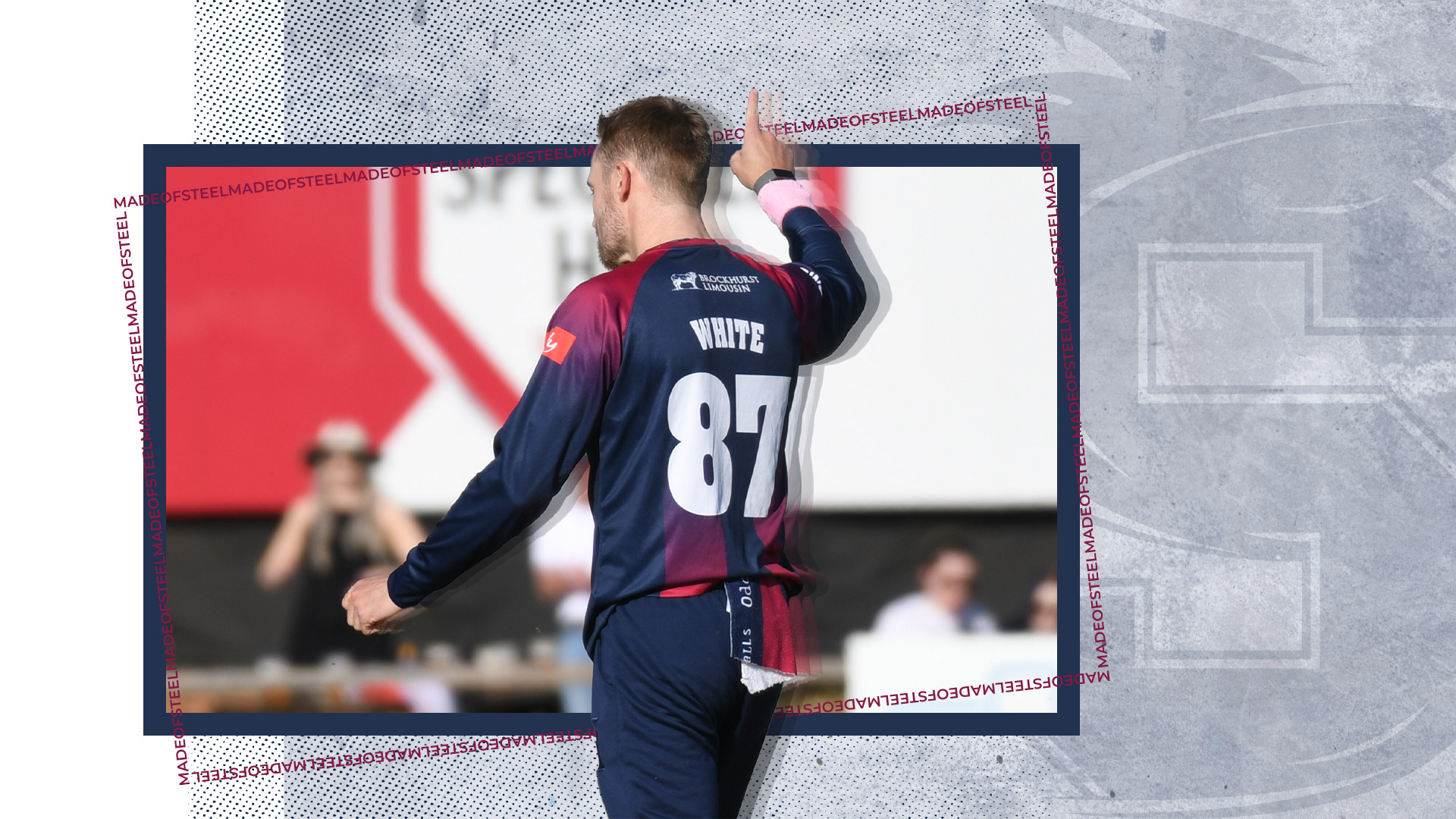 Graeme White became the Steelbacks’ third highest T20 wicket taker of all time on a tough night for Northamptonshire.

Lintott finished with four for 20, scything through the Steelbacks’ middle order as the home side subsided to 115 all out – with seven wickets going down for just 17 runs.

That left Northamptonshire well short of the Bears’ total of 170 for three, built around Sam Hain’s undefeated 69 from 42 balls and Pieter Malan’s knock of 62.

Ricardo Vasconcelos gave the Steelbacks hope with a lively 36 from 27 balls but, once he was out, the home side – who remain winless in this season’s Blast – folded rapidly against the Birmingham bowlers.

The Bears opted to bat first, but their innings began badly, with Ed Pollock chopping the first ball of the match from Graeme White into the hands of point, and they struggled to gain any traction during the powerplay. The wicket took Graeme White to 65 career scalps in T20 cricket for the Steelbacks, behind just DJ Willey and Azharullah on the all-time wicket takers list.

Will Rhodes departed for 13, miscuing a paddle shot off Wayne Parnell – but the Steelbacks missed their chance to remove Malan, handed a life on 15 as he drove to mid-off, where Ben Sanderson spilled a hard struck but relatively straightforward catch.

Malan began to find some fluency, while Hain was immediately into his stride, dispatching Nathan Buck’s full toss for four and then slamming the resulting free hit over long on for a maximum.

Their 51-ball partnership realised 90 but, once Malan had holed out with a skier to the wicketkeeper off Sanderson, the Bears’ innings never regained momentum, with White’s impressive figures of one for 19 backed up by efficient death bowling from Parnell and Sanderson.

Like their opponents, Northamptonshire lost a wicket inside the opening over, with stand-in captain Adam Rossington dabbing Danny Briggs straight to mid-off for a second-ball duck.

The Steelbacks suffered a further blow when Hain caught Richard Levi in the deep for 10, but Ricardo Vasconcelos and Parnell appeared to have the rebuilding job under way with a partnership of 42 from 29 balls.

Northamptonshire’s collapse swiftly gathered pace as Lintott claimed the wickets of Parnell and White, while Craig Miles (two for 28) rearranged the stumps of Tom Taylor and Charlie Thurston.

Buck’s spirited late counter-attack, with sixes off Brathwaite and Chris Woakes in an unbeaten 26, lifted the total above three figures, but the contest had long been decided.

The Steelbacks now travel for their first away fixture of the competition, visiting Derbyshire on Thursday the 17th.