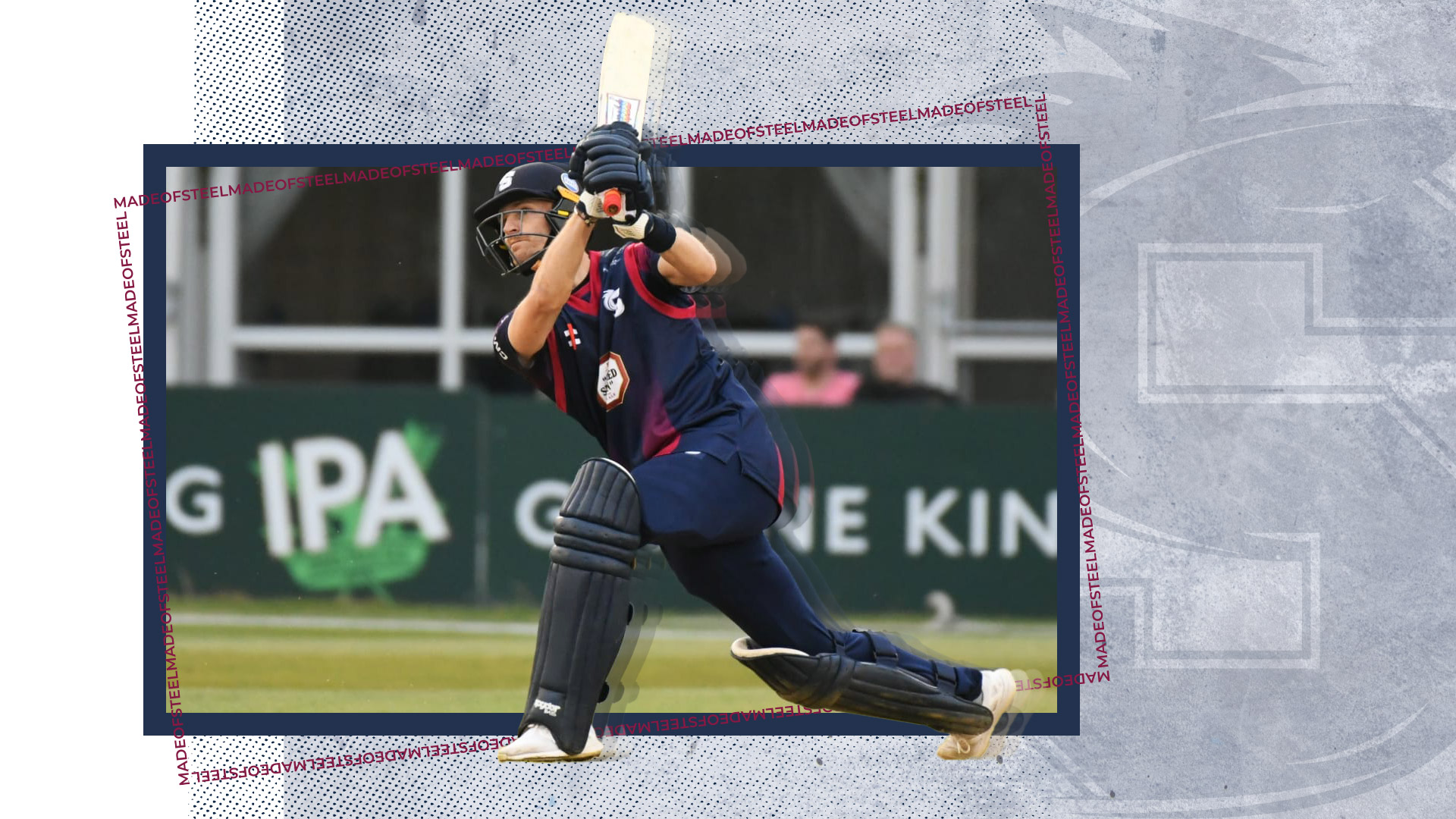 White and Parnell Efforts Not Enough for Steelbacks

Northamptonshire Steelbacks slipped to a fourth straight defeat as Derbyshire Falcons ended a two game losing streak with a five wicket victory in the North Group match at Derby.

A disciplined Derbyshire performance with the ball restricted Northamptonshire to 141 for 8 and the Falcons, led by an unbeaten 48 from Leus du Plooy and 44 from Matt Critchley, eased home on 143 for 5 with 10 balls to spare.

Ricardo Vasconcelos scored 38 and Graeme White made 37 from 24 balls but Northamptonshire were restricted by George Scrimshaw, 1 for 13 from four overs and Conor McKerr, 2 for 23.

After losing seven for 17 in their previous game, the Steelbacks ran into more problems, with both openers dismissed in the first two overs.

On a slow, used pitch, Richard Levi chipped a ball that held in the wicket to Logan van Beek to midwicket and Adam Rossington was caught behind as he gloved a short ball down the legside.

Vasconcelos and Wayne Parnell repaired the damage until the Falcons struck again in the final over of the powerplay.

Parnell lost his middle stump aiming a drive at Finn Hudson-Prentice and Rob Keogh steered the next ball to slip.

The slide continued when Saif Zaib missed a sweep at Critchley and although Mohammed Naib dispatched Critchley for two sixes, the Falcons quickly reasserted control.

Nabi was caught at deep midwicket attempting a third and Vasconcelos skied a pull at George Scrimshaw to reduce Northamptonshire to 81 for 7 in the 14th over.

White and Tom Taylor got their side to a respectable total by taking 41 from the last three overs with both batsmen driving Critchley for six before White hit Hudson-Prentice for three consecutive fours.

Northamptonshire had to take early wickets and Ben Sanderson delivered by bowling Harry Came in the second over.

Billy Godleman drove Nabi for six before being run out four balls later but the pressure was eased when 17 came from Nathan Buck’s first over.

Parnell responded by removing Luis Reece and conceding only two from the next over but du Plooy provided momentum by pulling Sanderson for six to leave the Falcons needing 62 off the last 10 overs. Parnell finished with excellent figures of 1/15 from his four overs.

Critchley took Derbyshire to within 14 of victory before he skied Taylor to mid on and although Hudson-Prentice was run out, du Plooy sealed victory in style with his third six.