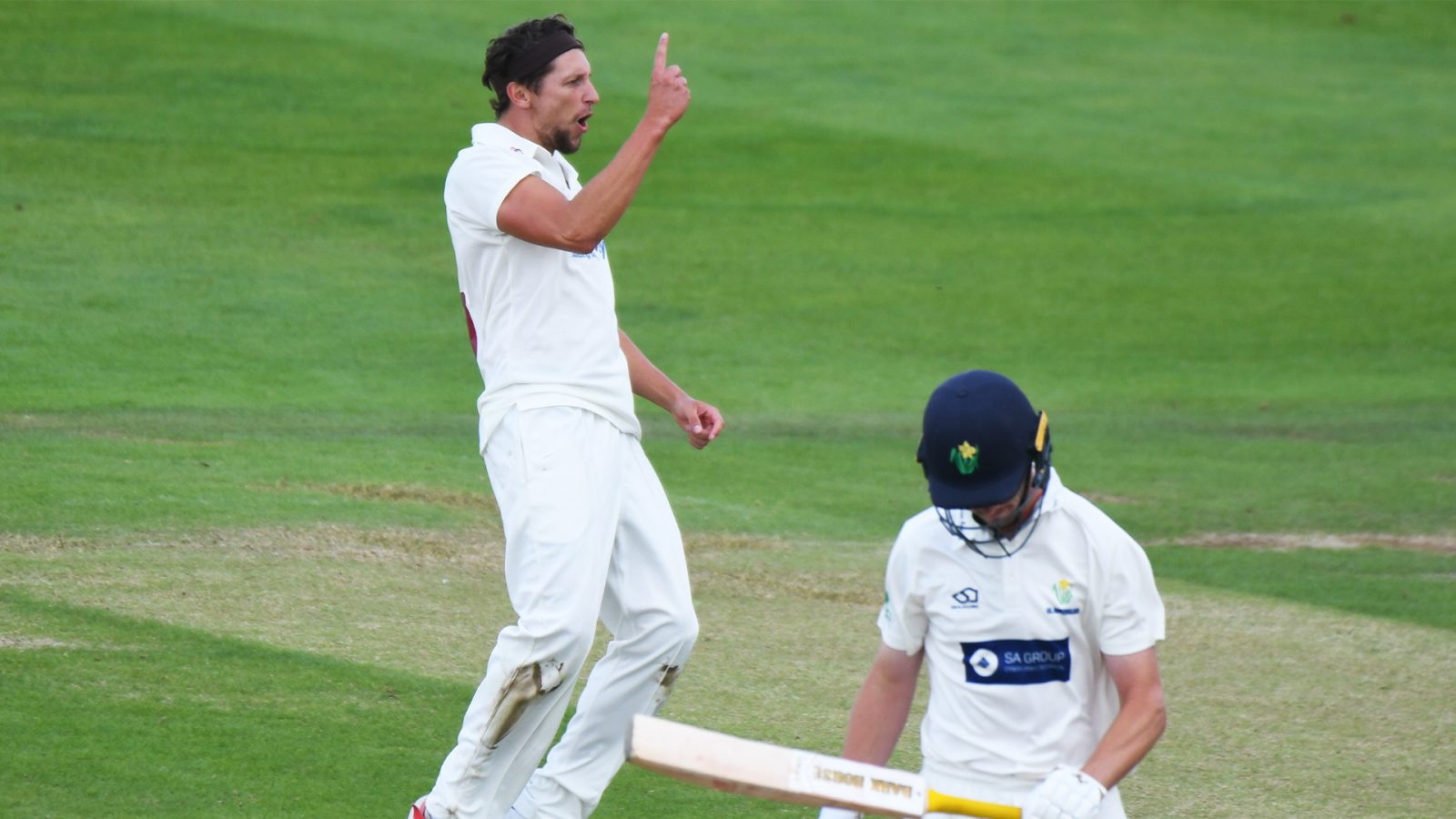 It was a tale of two debutants for Glamorgan on the opening day at Wantage Road as they made 259 after being asked to bat before Northamptonshire replied with 82 for 1.

The first debut of Joe Cooke, who was dropped first ball and made 18, ran with the theme of Glamorgan’s struggle with the bat this season as his side slumped to 135 for 9. The second, from Callum Taylor, was an extraordinary 106 with 11 fours and six sixes to put the visitors in the match.

On 18, Cooke was lbw to a full Jack White inswinger and soon after lunch, Glamorgan were about to be fired out for a fourth time in five completed innings this season. But then Glamorgan’s second debutant changed the day in eye-popping fashion.

Taylor, a 22-year-old from Newport, played four T20s last season. So for him it was perhaps a comfortable change of tempo. He was 27 from 46 balls when the ninth wicket fell. He then swung another 79 runs in only 48 balls.

Michael Hogan joined the fun with three sixes of his own and the pair smashed 124 in 68 balls for a 10th wicket record partnership for Glamorgan against Northamptonshire.

Until Taylor’s tonking, it was an excellent day for home side, who once again made a host of changes with their focus on the T20 Blast that begins on Thursday.

Brett Hutton was making his seasonal reappearance after playing a crucial role in last season’s promotion campaign and he took four afternoon wickets.

He got one to straighten on Billy Root from round the wicket who edged to first slip for 16. Chris Cooke was too slow to defend a full ball that shaped back and was bowled for 2. Kieran Bull was caught behind pushing forward before Marchant de Lange slashed a wider ball to first slip where Saif Zaib held a sharp chance.

Jack White claimed his best figures for Northamptonshire as he too picked up four wickets. Having trapped Cooke lbw he found impressive away movement to offer Vasconcelos 2 of his 4 catches with the gloves. His final wicket closed the innings, Taylor miscuing another attempted heave and offering a simple catch to Charlie Thurston on the square leg boundary.

Northamptonshire have also endured trouble with the bat this season but made a solid reply. They lost Gay caught and bowled to a top edge trying to pull de Lange but Ben Curran and Charlie Thurston, both of whom have shown promise in their limited experience, shared a half-century stand at over four-an-over to the close.