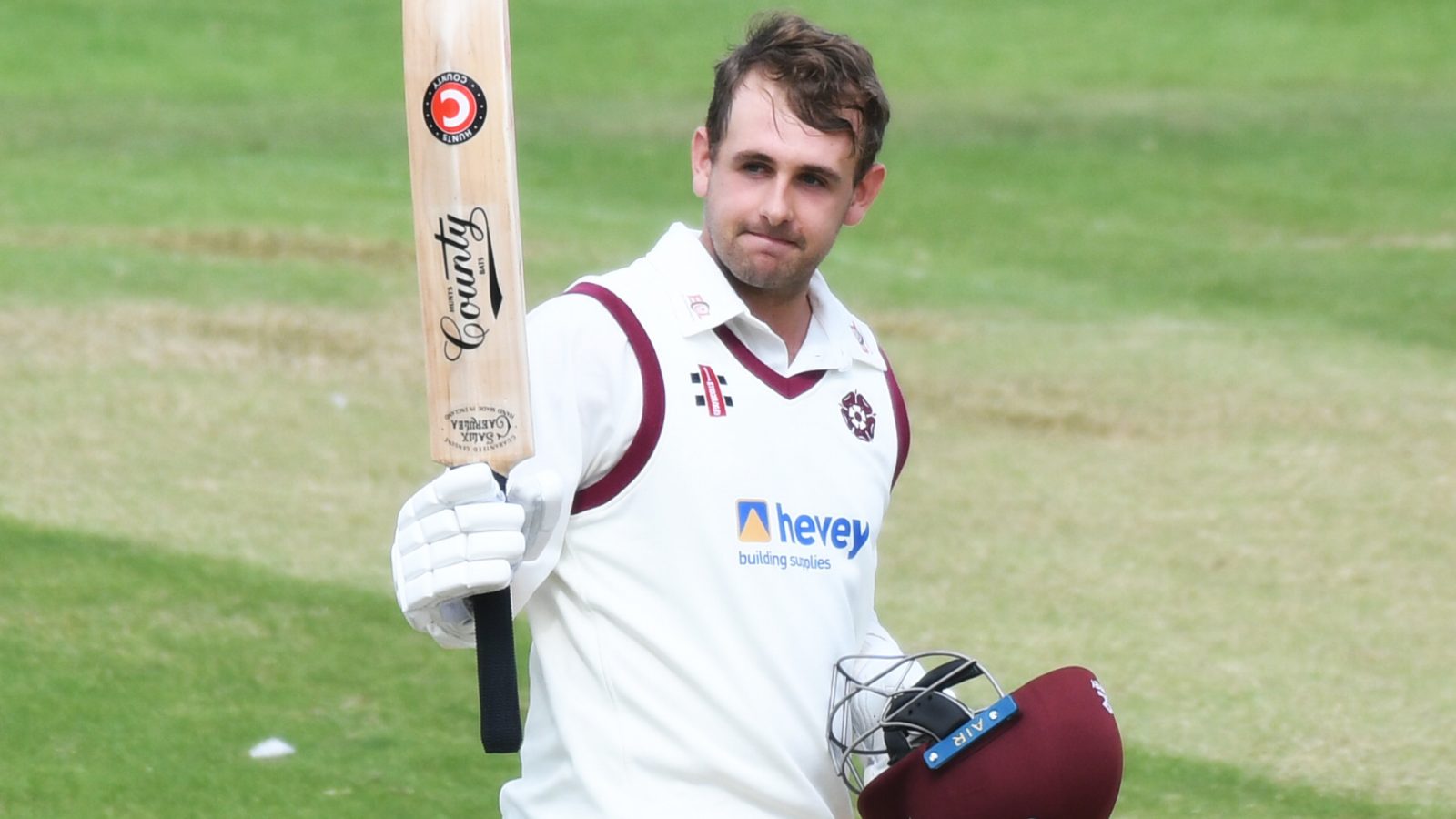 Charlie Thurston made 115, his maiden century for Northamptonshire, and Ben Curran 82 as they responded to Glamorgan’s 259 with 288 for 5.

Thurston and Curran, both 24, have limited top-level experience but have been handed extended opportunities this season. Both have looked comfortable in their first XI appearances but were in need of scores to underline their potential.

So it would have been to the relief of the pair and the club – taking some flak for their results despite their stated intentions – that both delivered. They shared a second-wicket partnership of 176 as Northamptonshire finally realised runs from their top order.

Thurston has been on the fringes at Northamptonshire for a few years after making a century against them for Loughborough MCCU in 2017, also at Wantage Road. He was handed county debuts in all three formats in 2018 but never a proper chance to launch his career.

This has been his opportunity. He made 96 in the second-innings at Edgbaston in the first match of the Bob Willis Trophy, part of a tremendous rearguard that saved the game from a helpless position.

And this should have an ever closer near-miss if Kieran Bull had held a regulation chance at slip off Tim van der Gugten with Thurston on 99. Next ball he worked a single to long leg and raised his century in 145 balls with 10 fours and a six.

He was very fluent and soon built on his overnight 30. He played a beautiful back-foot punch to bring the 100 up, then flicked van der Gugten for two to reach fifty in 67 balls with six fours. He then uppercut Marchant de Lange over point for six to take the stand into three-figures.

But with his career-best in sight after lunch, he dragged Callum Taylor – who enjoyed a dream first-class debut with a whirlwind century on day one – into his stumps trying to cut a ball from the offspinner round the wicket that was too tight to do so.

Curran was also impressive. Initially more watchful than Thurston, he took an hour to find his first boundary of the day. He edged de Lange over the slips cordon before hooking him for four over square leg. He cut the same bowler for his seventh four to reach fifty in 112 balls, his second of the season and seventh of his 17-match career.

Curran had one moment of fortune as he reverse-swept Bull in his first over and edged to first slip, only to find the fielder had moved away trying to anticipate where the ball might have gone had Curran made his intended contact.

But he enjoyed no luck three overs after lunch as a thick outside edge from van der Gugten was spectacularly held by Nick Selman diving one-handed to his left at second slip. It left Curran one short of his first-class best made against Sussex in September 2018 in his fifth appearance. This was his 12th game since.

The partnership broken, Northamptonshire wobbled from 202 for 1 to 234 for 4 as Luke Procter drove van der Gugten uppishly to mid-off to fall for just 3 and the hosts were made to wait by the rain to take the lead.

Play resumed at 5.10pm and Rob Keogh got in a mess trying to defend Dan Douthwaite and was bowled for 20 but Ricardo Vasconcelos, down the order this week with him both keeping wicket and captaining the side in place of the rested Adam Rossington, ensured Northamptonshire went to the close in a strong position.