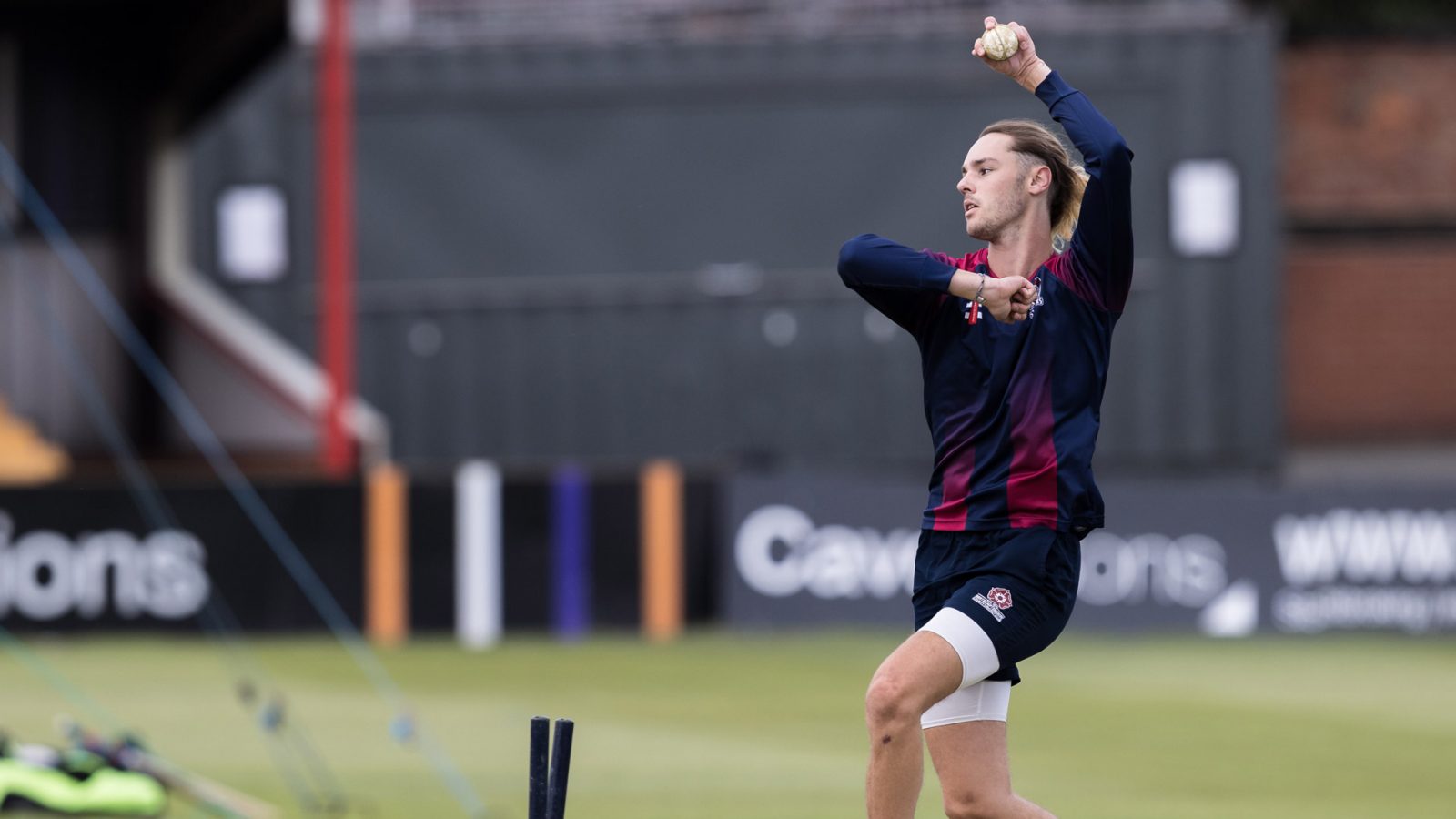 Three players from Northamptonshire’s Academy have been selected as part of an England Young Lions training group.

Amrit Basra, James Cronie and Freddie Heldreich will join a group of 24 players from across the country, all aiming for a spot in England’s Under 19 squad.

Academy Director Kevin Innes was thrilled for his players.

“It’s great to have three players be recognised in that training group and hopefully they’ll make the squad for the U19 trip to Australia in the new year.”

“They’ve all deserved their chance to show what they can do and I wish them all best in the games at Loughborough in the next couple of weeks.” Innes said.

“I was extremely surprised and pleased when my coach Kevin Innes rung me to tell me the news.” Heldreich said.

“I’ve trained really hard the last few years on the academy at Northamptonshire and to finally get an opportunity like this is honestly unreal.”

Amrit Basra said he was ‘delighted and excited’ to be involved.

“It’s been a goal for me over the last two years. When I attended the Super 4s festivals I felt comfortable in that environment and believed I could make the final squad and play for England U19s.” Basra said.

“It’s been a work in progress, I’ve had my ups and downs but now I really want to make a statement, make the final squad and become an important member of the squad too.”

Academy Director Kevin Innes thought this recognition was only the beginning.

“Looking at the squad we’ve got in the Academy I’m confident this is only the start for more players to follow in their footsteps. We won the U18 ECB cup last year so we have others waiting in the wings for similar call ups.”

Heldreich and Basra have consistently trained with the Northamptonshire First Team squad this season, an experience both felt improved their game.

“Being around the First Team squad has helped me immensely, learning from all the players and how they go about their business has shown me what I need to do to become a better player.” Basra said.

Heldreich said he’d taken the opportunity to pick the brains of players of coaches.

“Training with the First Team this season has really helped my skills improve dramatically. I’ve bowled to so many high-level players, players at the top of their game and this has caused me to adjust my skills to match the level they play at. It’s helped me look at my skills in a more professional way and see how and where I have to improve to get my game to a professional level.”

The players will join the Young Lions training group later this month.

The Northamptonshire County Cricket Club website uses cookies (including tracking technologies) to improve user experience and provide appropriate information.
If you continue on this website you will be providing your consent to our use of these. You can see our cookies and learn how to manage them here