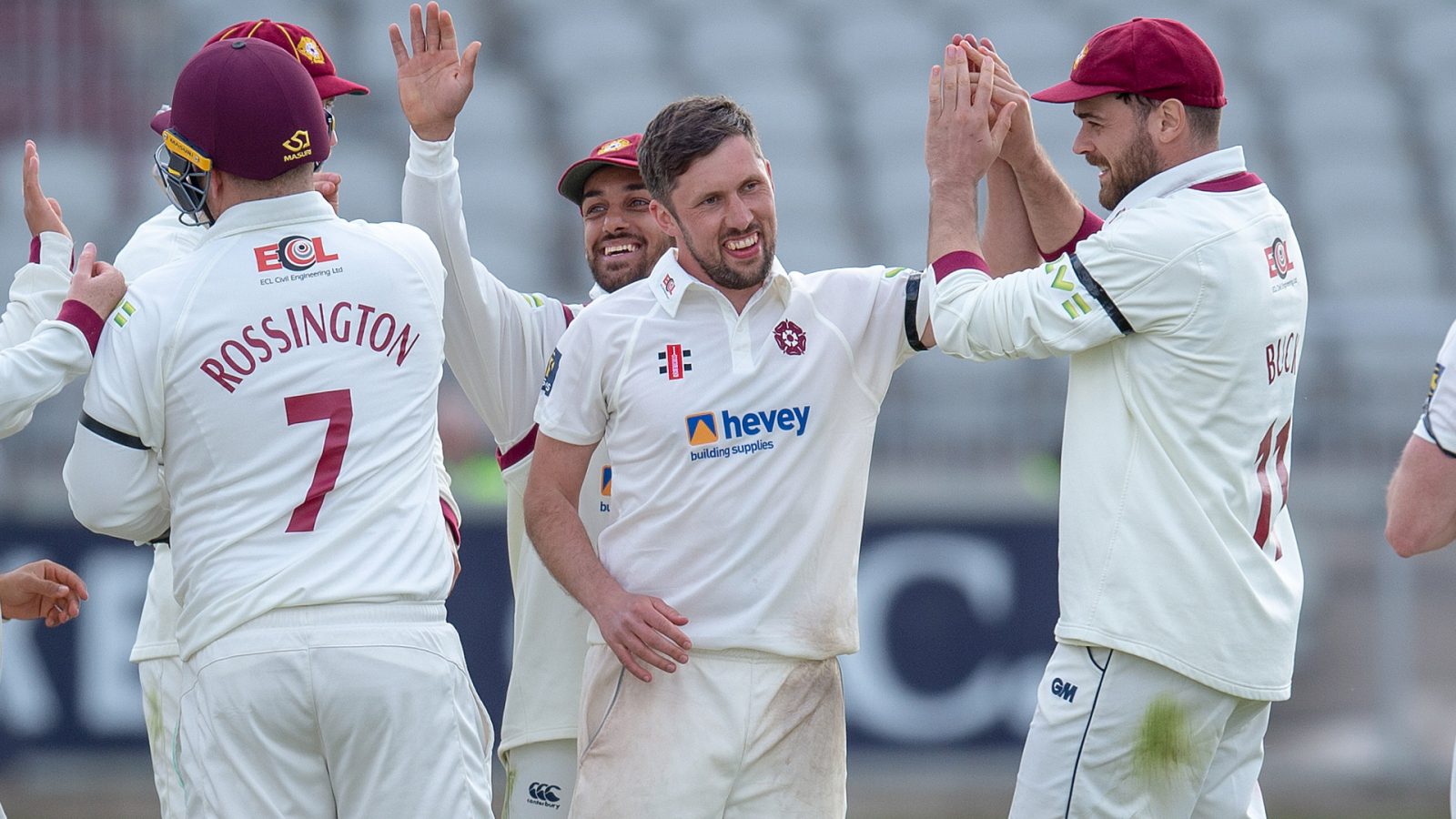 Taylor and Kerrigan give Northamptonshire Edge

An excellent bowling display from Tom Taylor and Simon Kerrigan ensured the visitors finished the opening day in charge of their LV= County Championship match against Lancashire at Emirates Old Trafford.

Half centuries from Alex Davies and Josh Bohannon had helped steer Lancashire towards what looked like a competitive first innings total by the mid point of the day. But the visitors surged back into contention thanks to a superb spell of bowling from left arm spinner Kerrigan, who finished with three for 53, on his return to the club where he won the Championship in 2011.

After winning the toss and electing to bat, Lancashire recovered from the early loss of Keaton Jennings for 13, caught at first slip off Tom Taylor, as Davies scored a typically quickfire 57 before a mix up with Bohannon led to his run out, thanks to a fine bit of fielding by Taylor.

Bohannon, who was at fault for the dismissal, emerged after the lunch with a steely determination as he painstakingly made his way to a half century off 146 balls and passed the career landmark of 1,000 First Class runs along the way.

Much of the credit for the host’s slow progress must go to 31-year-old Kerrigan, who has rebuilt his career at Wantage Road following a spell out of professional cricket.

Northamptonshire’s attack was bolstered by two other former Red Rose players in Luke Procter and Nathan Buck, but it was Taylor who took his 100th first-class wicket, his second of the day when Stephen Croft wafted outside his off stump and edged through to wicketkeeper Adam Rossington for 26.

Bohannon continued to dominate until Kerrigan’s persistence was rewarded with his first wicket at Emirates Old Trafford for nearly four years when he trapped the Bolton-born batsman in front for 68 made from 156 balls.

Lancashire captain Dane Vilas, fresh from his score of 189 in the opening fixture against Sussex, set about rebuilding the innings and together with Rob Jones, the fifth wicket pair had reached 205 when Kerrigan struck again, enticing Jones down the pitch before Rossington completed the stumping.

Kerrigan’s good day turned into an excellent one when he then dismissed Vilas lbw for 26 to leave the hosts looking precarious at 212 for six which soon became 236 for seven as Tom Bailey was trapped in front by Taylor for eight.

Luke Wood’s defiance ended when played on off Ben Sanderson for 23 leaving Lancashire 264 for eight at the close.