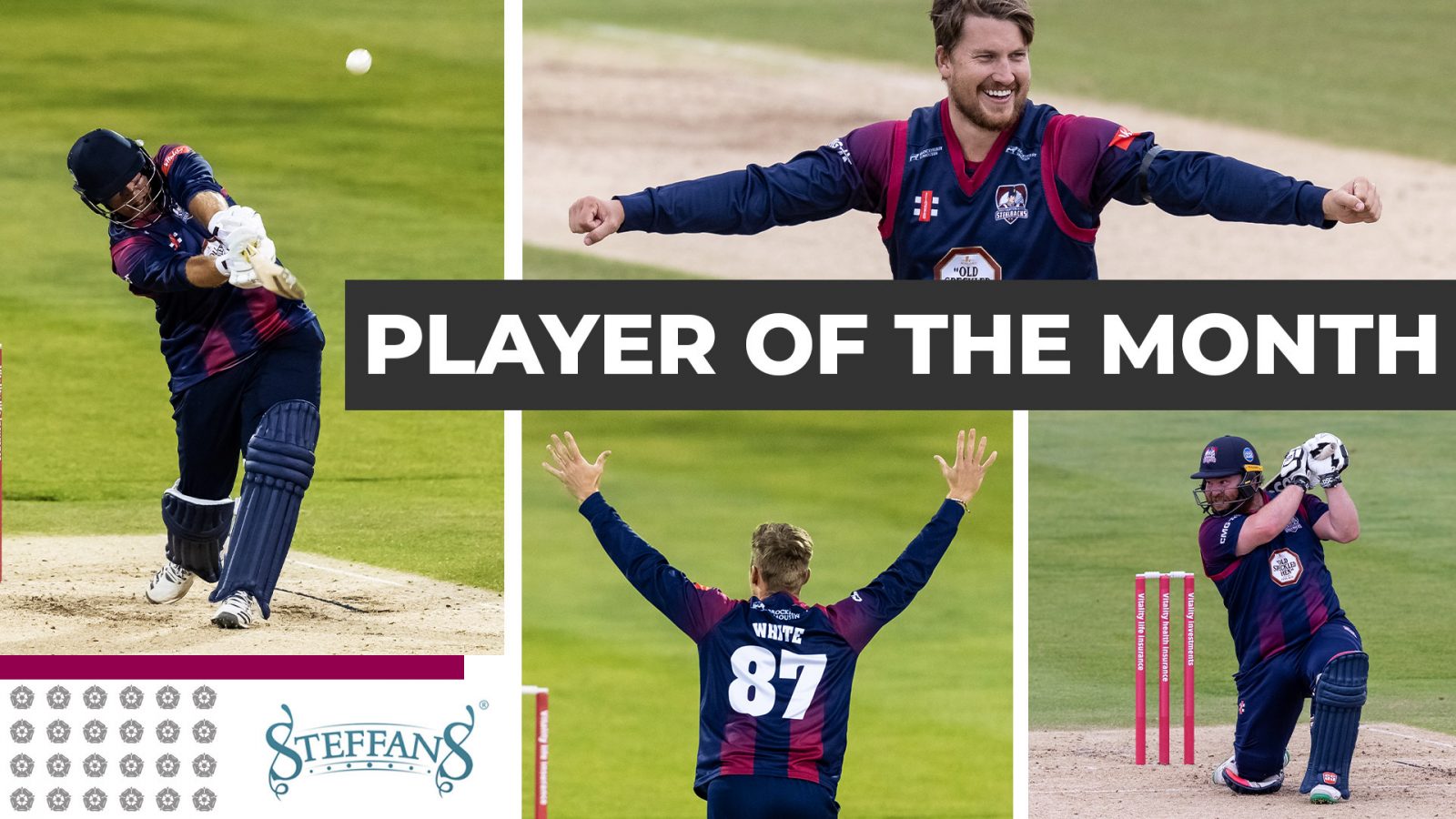 Voting is now open for your Steffans Jewellers Player of the Month for September (and a bit of October)!

The Steelbacks Captain showed his value as a true all-rounder once again this season, finishing with 156 runs and one of the best economy rates in the competition.

One half of the Steelbacks punishing opening partnership, Richard Levi plundered just shy of 200 runs at a strike rate of 130.

The leading run-scorer for the Steelbacks in the Vitality Blast this year, Paul Stirling also launched the side’s most sixes. The Irishman finished with 232 runs at a strike rate of over 150.

The longest serving Steelback, Graeme White claimed the most wickets of any Steelbacks bowler this year while contributing some vital runs with the bat.