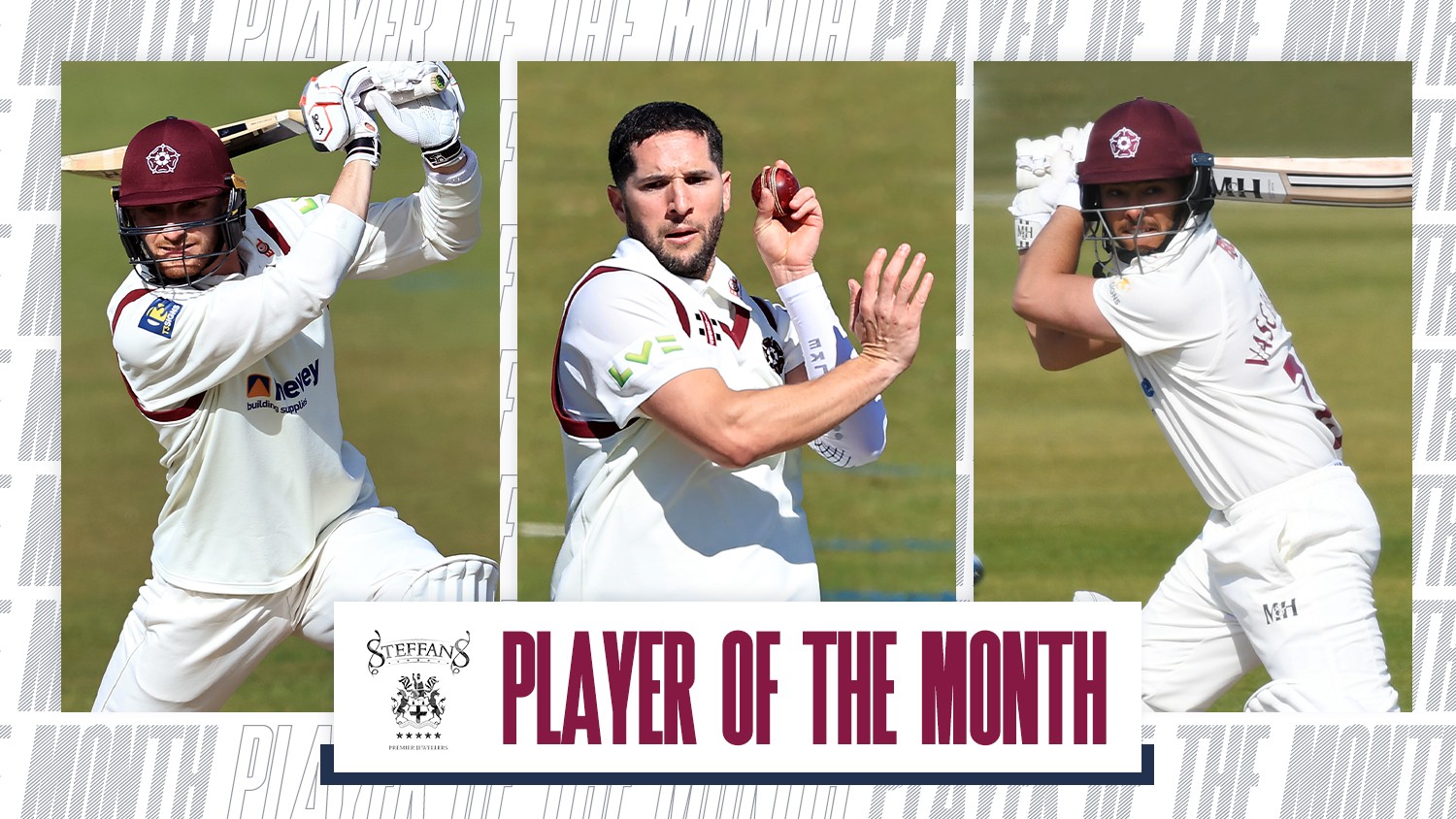 Two big hundreds for Ricardo Vasconcelos meant the opener found himself as the third top run scorer in the country as we ended the first month of the season. 154 in the first match of the season at home to Kent was followed up by a career best 185* in a mammoth run chase against Glamorgan, where he helped Northamptonshire chase down 355 to win on the final day. Vasconcelos has also been busy in the field, claiming catches behind the wicket with and without the keeping gloves.

Wayne Parnell immediately hit the ground running with bat and ball after starting his career with Northamptonshire in April. A half-century on his debut against Glamorgan was followed by his second career 10 wicket haul, as he got Northamptonshire within one run of victory at Headingly against Yorkshire.

Keogh couldn’t have hoped for a better start to the 2021 season as he reached three figures on two occasion in the first three matches. His first came in the opening match at home to Kent where he made 124 before beating that total with 126 in the game with Glamorgan, putting on 239 with Vasconcelos.

Who is your player of the month for April?