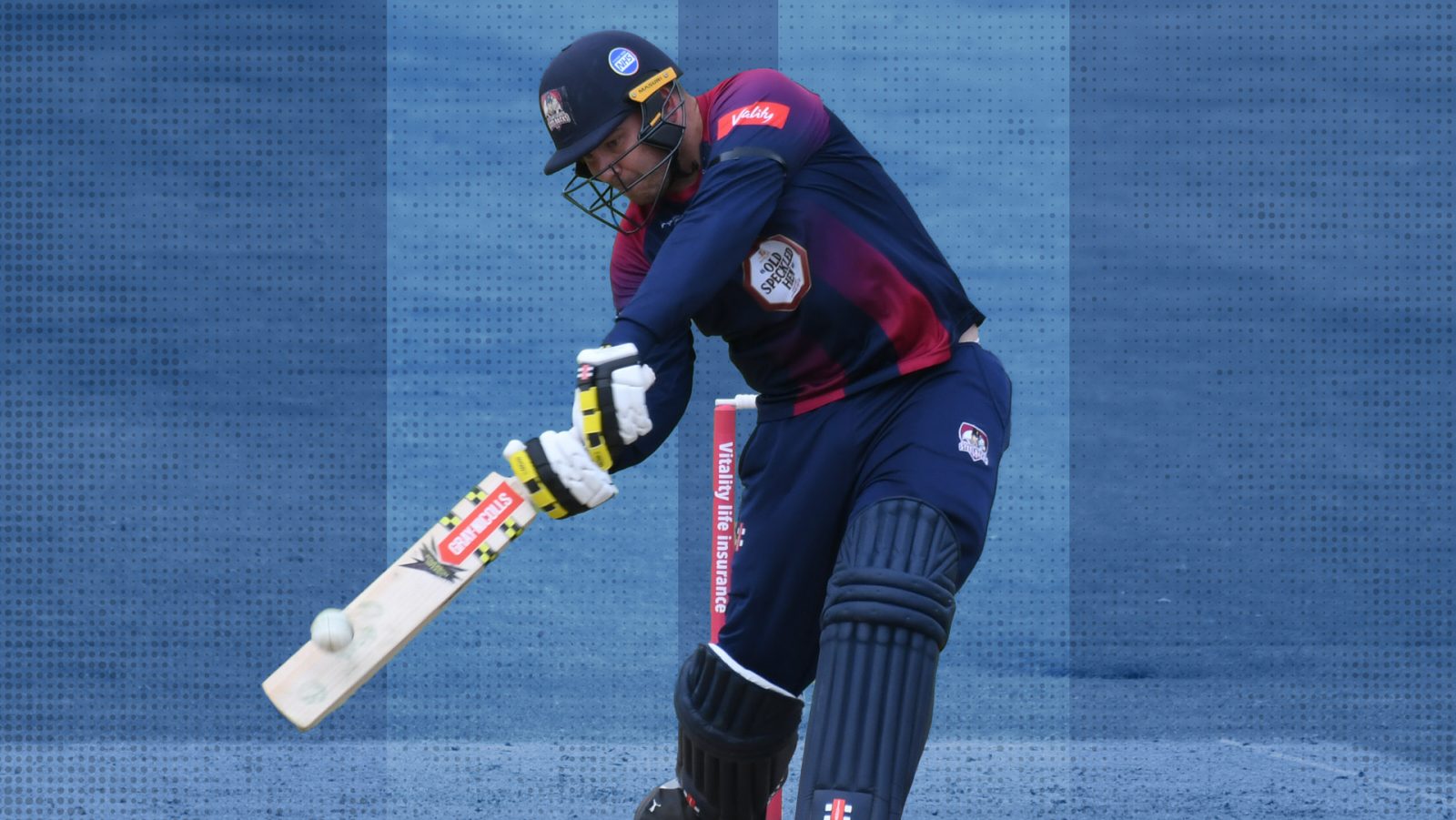 Chris Dent continued his second-coming in T20 to help Gloucestershire claim a 35-run victory over Northamptonshire at Wantage Road.

Dent made 50 in 27 balls as Gloucestershire posted 185 for 6 before Northamptonshire, hitherto unbeaten, posted 150 for 6 in reply as Graeme van Burren took 3 for 15 with his left-arm spin.

The Glosters, quarter-finalists in three of the last four seasons, are a coming force. After losing at home to Glamorgan in their first completed match they have now reeled off four successive victories but do have Somerset to play twice in their remaining four matches.

Northamptonshire boasted the best record in the competition at the start of the day but were missing Brandon Glover and Saif Zaib and were left to rue their decision to field first on a pitch that took some turn.

Dent took full advantage of first use of the wicket. His last match in the shortest format before this season came back in 2016 but with Australian Michael Klinger no longer at the club, a vacancy became available at the top of the order.

After a golden duck on his return against Glamorgan, Dent has now reached 200 runs in five innings – the fifth batsmen to reach the mark in this season’s competition.

He reached his sixth career T20 fifty in his 48th innings before pulling Graeme White to deep-midwicket. But he helped his side to a blistering start as Gloucestershire made 66 for 1 in the Powerplay.

Dent began by cutting Gareth Berg for four through cover-point and lifted Nathan Buck over extra-cover. Berg was lifted for six over deep-backward square as his two overs cost 27 runs.

Ben Sanderson fared even worse. Dent pulled him backward of square for a boundary and then smashed him over his head for six as the usually-dependable seamer conceded 49 in four overs.

Cockbain also continued his fine form making 40 in 24 deliveries. He swept Josh Cobb backward of square for the game’s opening boundary and stepped away to slap Berg wide of long-off and then pulled him wide of long-on. He added a maximum over the same boundary off Sanderson.

But Cockbain swung Luke Procter to Tom Sole at deep midwicket in the 10th over as Gloucestershire were constrained in the middle overs – Procter’s three costing only 17 and White taking 3 for 28 from his four.

In need of a strong finish to ensure their racing start wasn’t wasted, George Scott struck 21 from 14 balls, including heaving Buck over midwicket for six, to help add 41 from the final four overs.

Van Burren then decided the match by taking out Northamptonshire’s top three in 10 balls.

Paul Stirling struck five early boundaries to give the chase a bright start. But having reached 32 in 19 balls, shuffled away to try and drive van Buuren over cover, missed, slipped out of his ground, and was smartly stumped by James Bracey.

Two balls later Cobb advanced and was bowled for a duck and when a beauty gripped and lured Richard Levi out of his crease to give Bracey a second stumping, van Buuren had put Gloucestershire on course for victory.

More left-arm spin, from Tom Smith, also proved difficult to get away as his four overs cost only 18 and saw Alex Wakely sweep to deep midwicket.

The margin of victory quickly became the only debate and Procter and White struck six late boundaries to limit some of the damage to Northamptonshire’s net run-rate.