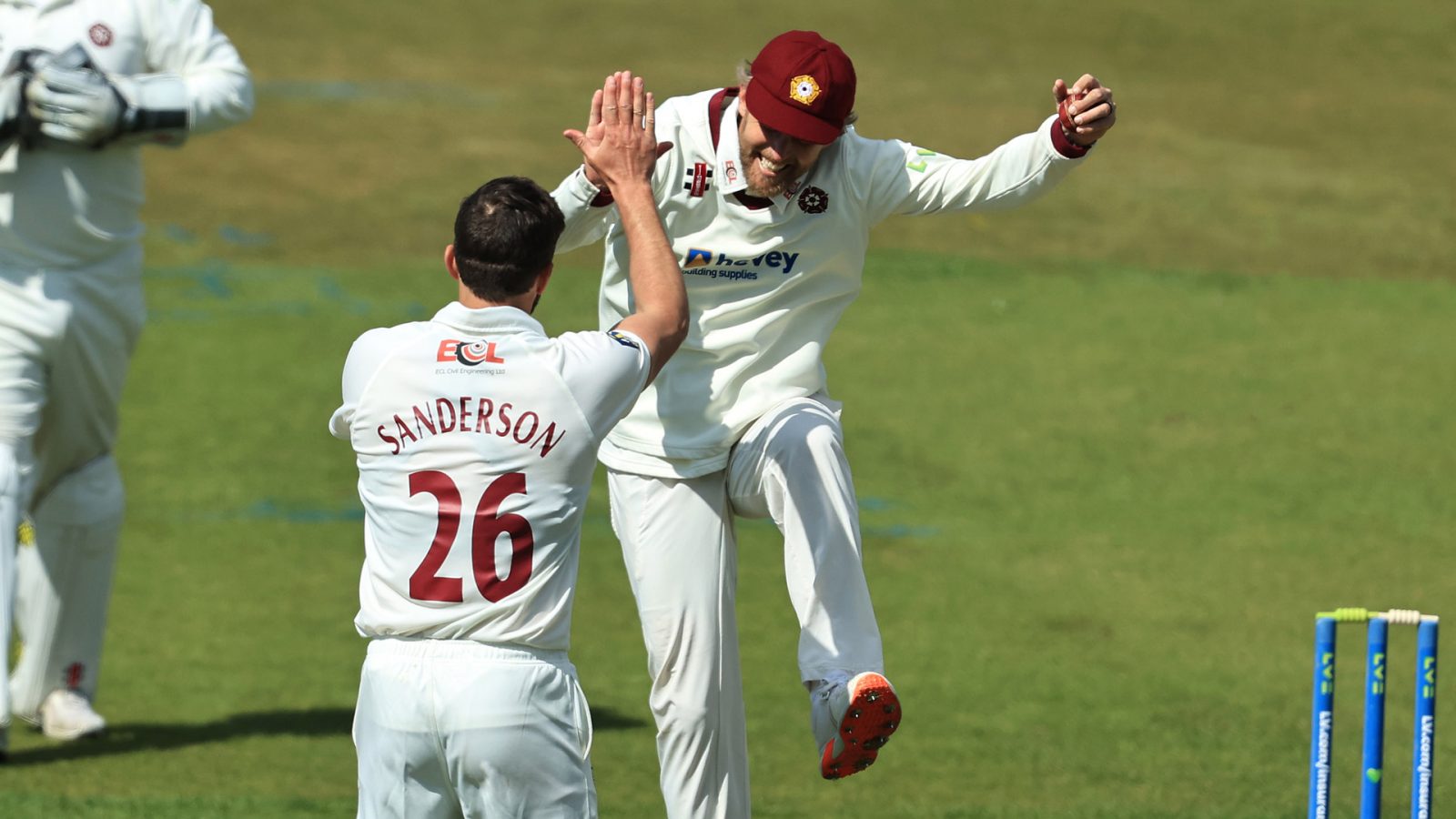 Gareth Berg and Ben Sanderson shared 19 wickets in the match as Northamptonshire quashed Sussex by an innings and 120 runs in the LV= Insurance County Championship.

The fast-bowling duo returned match figures of 19 for 189 – with fellow seamer Tom Taylor thwarting the chance for a clean sweep with the victory confirming scalp.

Veteran Berg, claimed career-best figures of nine for 90, while Sanderson celebrated 10 for 99, with five-wicket hauls in both innings.

Northamptonshire moved to their second victory of the season to keep their Division One hopes alive – taking 24 points to Sussex’s three.

After the third day had been washed out at Wantage Road, Northamptonshire needed six wickets to secure back-to-back home wins in the Championship – with humid air and grey skies handing them perfect conditions.

Sanderson, who had shared 10 for 46 with Berg in the first innings, didn’t need a loosener as he struck with his first ball of the morning. Stiaan van Zyl had been at ease for his 71 runs on a sun-kissed second evening, but having added a single against Berg, he chased Sanderson outside his off stump with a slight nip away enough to catch an edge to first slip.

Berg evened up the share of wickets with Sanderson again when Delray Rawlings bagged a pair – the all-rounder struggling to commit with Berg coming around the wicket with a bit of swing to edge behind. In his next over the former Middlesex and Hampshire man produced significant in-swing to pin Brown leg-before for 39.

Northamptonshire were forced to wait 31 balls before Sanderson caught Stuart Meaker’s outside edge and found a tickle through to Adam Rossington.

Ollie Robinson, on the back of an unbeaten 49 and a five-for in the first innings, seemed imperious to the moving ball as he scored a free-flowing 23. But he fell lbw to a nip-backer from Sanderson – the ex-Yorkshire seamer claiming the 15th five-for of his first-class career.

And the victory was wrapped up when Taylor castled Jack Carson – as Sussex lost their last six wickets for 61 runs in 123 morning deliveries.

It meant Northamptonshire claimed their first victory by an innings since April 2017, and Sussex’s winless run at Wantage Road was extended to 12 games, with their last success coming in 1994.