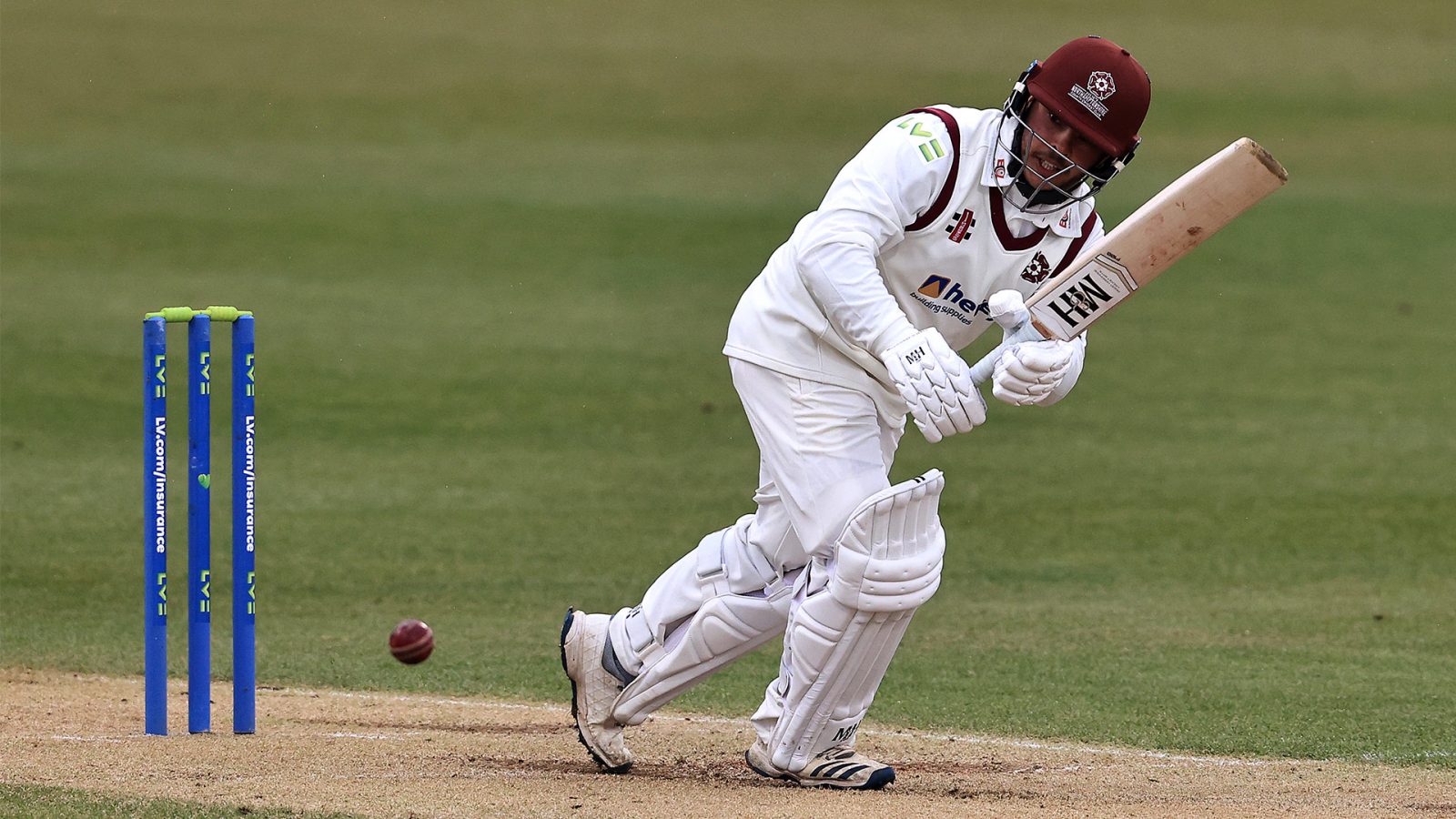 Ricardo Vasconcelos posted a quickfire half century on a rain impacted second day against Kent.

Northamptonshire began Day 2 with three wickets left to claim in Kent’s first innings and had the early breakthrough they were after when Milnes edged Tom Taylor to Alex Wakely at second slip. Led by Darren Stevens, the visitors pushed on with clear intent though, adding 127 for the final 2 wickets to post 455.

Rob Keogh claimed his first of the innings when he deceived an advancing Podmore, Rossington quick to have the bails off to break the 9th wicket partnership. Kent added a further 63 for the final wicket, Darren Stevens reaching his century in 120 deliveries before Taylor uprooted Cummins’ middle stump to end the innings.

Northamptonshire faced just 7 deliveries after the lunch break before the first of the day’s rain delayed proceedings and wiped out the afternoon session. Resuming after an early tea, Curran and Vasconcelos batted positively and had the scoreboard moving along at a rapid rate. The pair posted a 50 partnership in just the 7th over, Vasconcelos leading the way taking three boundaries off one Podmore over and two from his next.

Two identical cover drives in as many balls from Vasconcelos kept the scoring rate above a run a ball but the partnership was broken on 77 when Curran chopped on for 24. Vasconcelos posted his 14th first-class half century off just 45 balls, finding the boundary 10 times in the process, but the rain returned to put a hold on things with Northamptonshire 91 for 1 at the close.