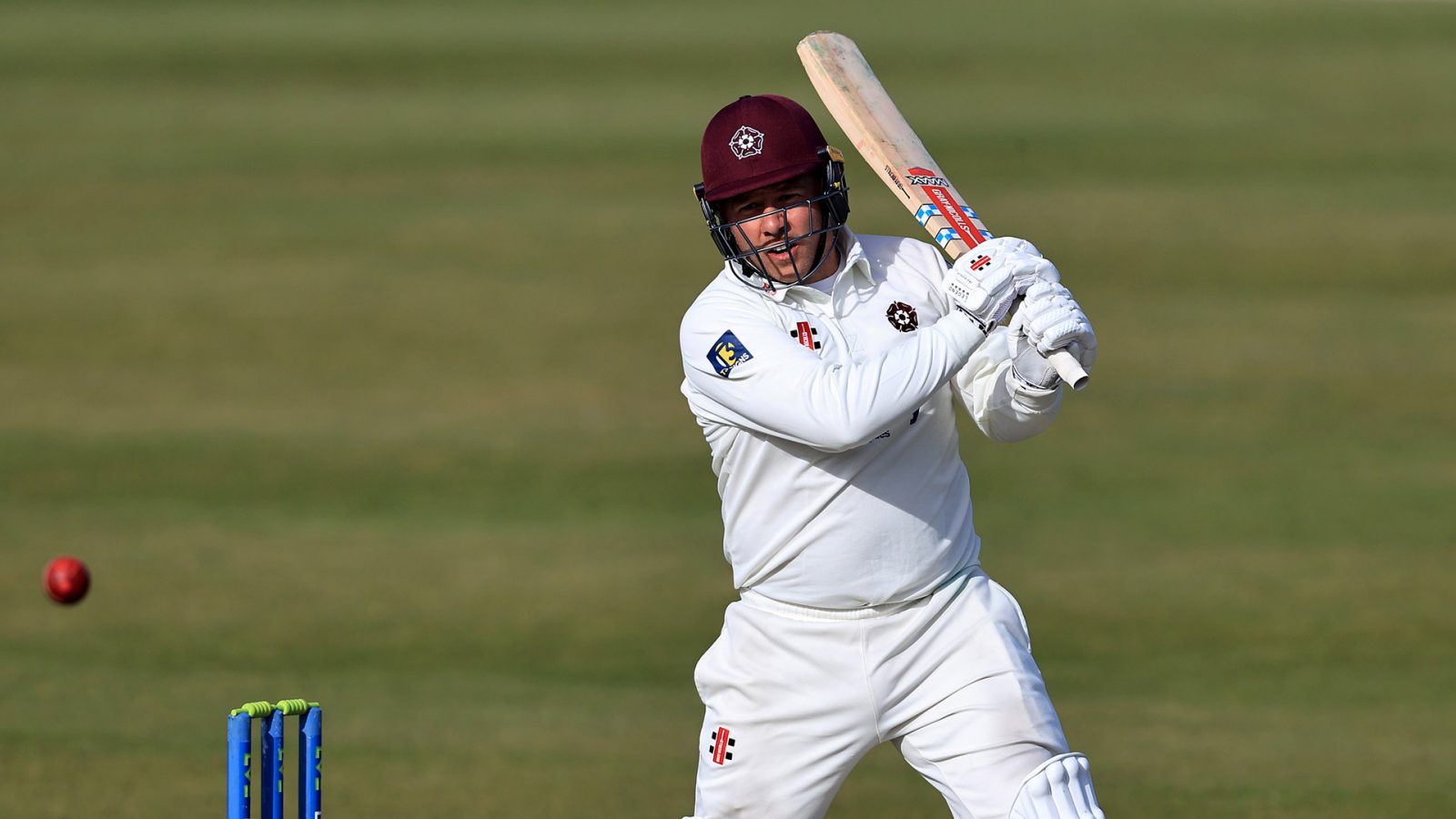 Batting coach John Sadler is looking for consistency from his middle order as the side welcome Sussex to The County Ground this week.

Northamptonshire will be looking to bounce back after a heart-breaking 1 run defeat and will be buoyed by the return of Captain Adam Rossington.

“The game [against Yorkshire] ebbed and flowed from start to finish for four days, from the first ball when we got the wicket of Adam Lyth, right the way through to that last ball, the game was in the balance.

“It was a fantastic game of cricket, as good a game as I’ve been involved in in a long time.” Sadler said.

Ricardo Vasconcelos has been a dominant force with the bat so far in 2021 and currently sits third on the list of leading runscorers in the LV= Insurance County Championship, scoring 485 and averaging 80.83.

The left-hander led the side at Emerald Headingley in place of the injured Rossington and also kept wicket.

“Ricardo was given that extra responsibility and has taken it all in his stride. He works incredibly hard, he’s very clear on his game plan and how he goes about his business and he’s had a great start to the year.

“He’s still young, still learning and still keen to learn. He’s a fantastic player and I love watching him when he’s in full flow.”

Northamptonshire sit fourth in Group 3, just four points behind visitors Sussex, with 10 batting bonus points in the opening four fixtures. Despite some high totals, Sadler was looking for his batters to deliver with more consistency moving forward.

“Some of the performances the batters have put in have been outstanding this year, they’ve all shown glimpses of what they can do. I’m looking for some good partnerships, solid performances and some consistency in that top six but we’ve seen we bat all the way down.

“We just need to show some more consistency really, but as a batting unit I’m pretty pleased with where we’re at, they’re striking the ball well, their work ethics are all really good. We just need that little bit of fortune and the batting unit can keep firing.”

Head Coach David Ripley has named 2 changes to the squad ahead of Game 5 of the LV= Insurance County Champions, with Adam Rossington returning from injury alongside Nathan Buck.