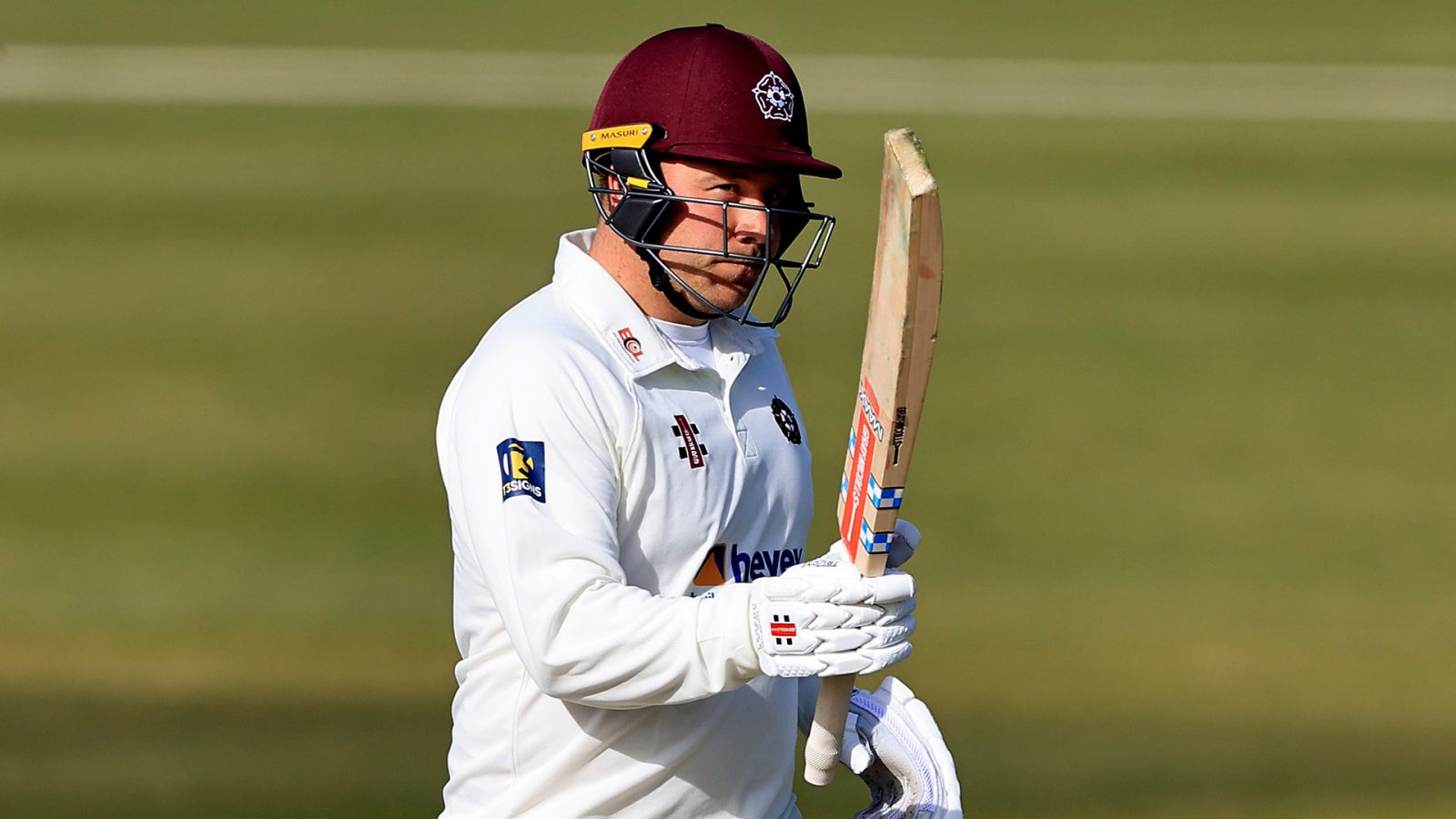 Adam Rossington’s gutsy 76 lead a Northamptonshire recovery after Glamorgan racked up 407 on Day 2 of their LV= Insurance County Championship fixture.

The Welsh visitors had added 83 lower order runs, as Chris Cooke ended on 136, before sharing the wickets around to leave Northamptonshire in trouble at 76 for five.

But Skipper Rossington and Saif Zaib put on 126 for the sixth wicket, their efforts meant Northamptonshire steered their way to 251 for seven, six runs away from avoiding the follow-on and within 156 runs of Glamorgan.

Resuming on 324 for seven, Glamorgan enjoyed almost the perfect morning as they ticked off a fourth batting point, rose above 400 before taking two early Northamptonshire scalps.

Partnerships of 46, 26 and 32 for the last three wickets frustrated the home side – under pure blue and above a slowish wicket.

James Harris was watchful for his 17 before he was caught behind, but James Weighell and Michael Hogan scored in extravagant style all alongside the unflappable Cooke.

Weighell, who got a pair on county debut last week, struck Sanderson for a six before edging Wayne Parnell behind, while Hogan thrashed six boundaries in his unbeaten 25.

Cooke finally exited after an excellent innings, well caught at first slip by Vasconcelos when attempting an offside slog, as Glamorgan ended up with 407.

Their profitable morning continued when Ricardo Vasconcelos edged a cut shot to Billy Root at first slip. Weighell ended the session on a high for the visitors when he ran out Charlie Thurston with a sensational direct hit from midwicket.

Rob Keogh, Luke Procter and Ben Curran all fell soon after lunch to leave the hosts behind the game.

Keogh was lbw to Harris, who took his first Glamorgan wicket since dismissing Monty Panesar 2,441 days ago having returned to his boyhood county on a two-week loan from Middlesex.

Curran, having reached 1,000 first-class runs on his 21st appearance, was caught behind off Weighell before Procter gloved a ball down the legside to keeper Cooke five balls later.

Rossington arrived and countered, typified by two sixes in a Callum Taylor over – firstly over long-off and then pulled over the short square boundary – while Zaib remained solid at the other end.

Having reached 40 in a brisk 48 balls, it took Rossington a further 24 deliveries to negotiate his way to a half-century, brought up with a nicely timed square drive.

The duo both departed within 11 deliveries of each other as Zaib swung a David Lloyd knee-high full-toss straight to mid-on and Rossington was pinned by Michael Hogan.

Parnell and Gareth Berg guided their side to the close without further damage, adding 38 and taking the total to 251.