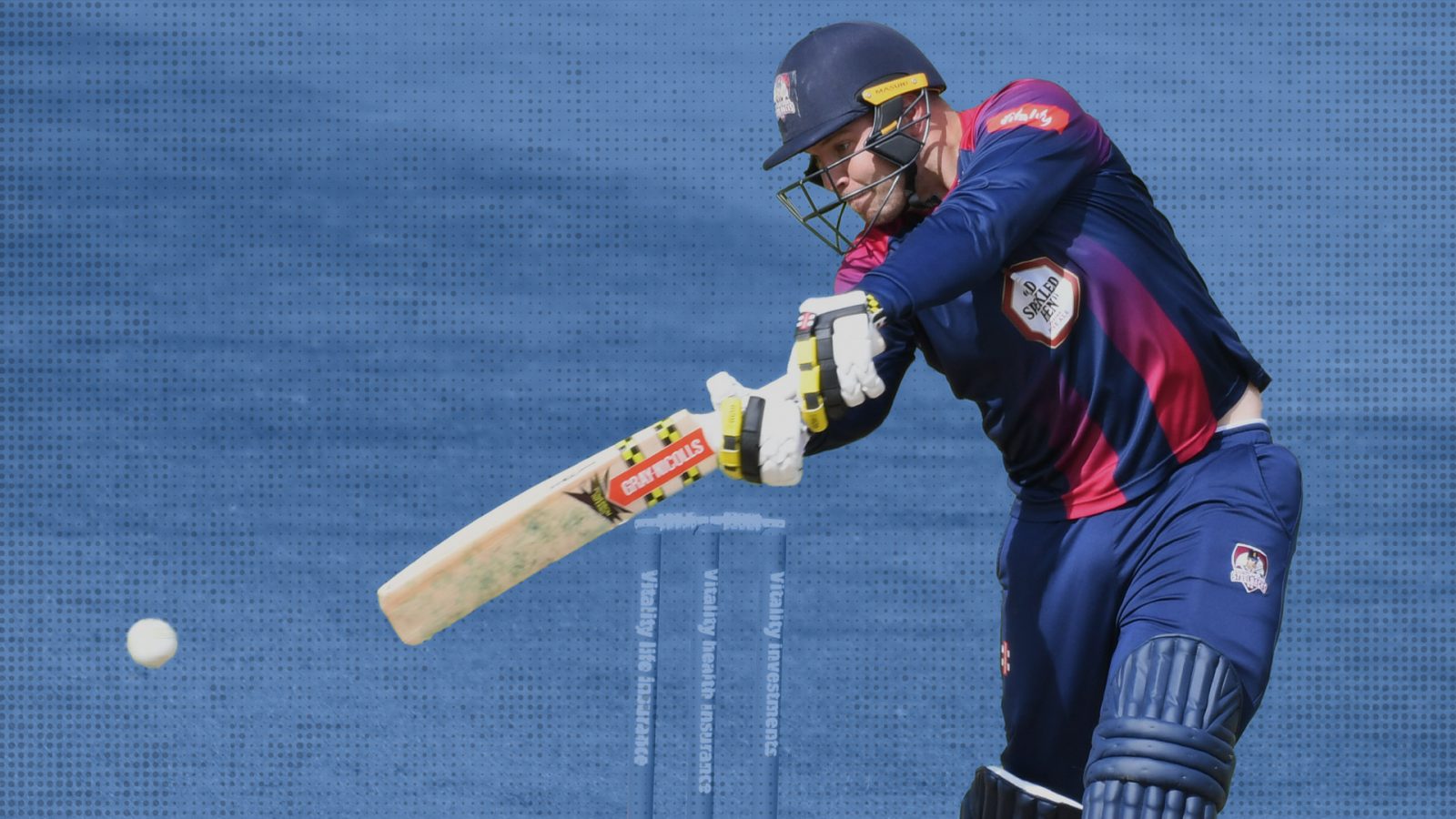 Rossington and Zaib Help Steelbacks Go Back to Back

Adam Rossington defied a hand injury as he struck a quickfire half-century to lead the Steelbacks to a nine-run win over Somerset at Wantage Road.

Rossington was left grimacing in pain for the majority of his 51 from 31 balls after he was pinned on the right hand by Somerset seamer Ollie Sale and required treatment on the field.

But the wicketkeeper-batsman, profiting from targeting the leg side, played the match-defining innings and he shared an 81-run stand with captain Josh Cobb.

Rossington was then unable to take his place in the field as the hosts held on to defend 171 for six, with 39-year-old all-rounder Gareth Berg, making his Steelbacks debut, claiming two for 31.

Somerset made a bright start to their chase, reaching the end of the six-over powerplay at 54 for one, but lost four wickets in the next five overs as Berg’s experience and changes of pace proved invaluable.

Berg initially fooled debutant George Bartlett with a slower ball that found his off stump after a 50-run partnership with James Hildreth.

Hildreth played fluently for 34 but picked out Saif Zaib in the deep off Berg before Tom Abell and Eddie Byrom fell cheaply from successive deliveries.

Ben Sanderson removed the big-hitting threat of the Overton twins, on his way to three for 36, but Roelof van der Merwe kept Somerset’s faint hopes alive with an unbeaten 41 from 25 balls.

Van der Merwe shared an unbroken 46-run stand for the ninth wicket with Sale, but with 21 needed from Sanderson’s final over he was left with too much to do.

Northamptonshire will now await injury news on Rossington, who missed last week’s Bob Willis Trophy match with a right finger injury, as the only misfortune of their otherwise fine start to the Vitality Blast.

After an opening-night washout at Gloucestershire the Steelbacks thumped last season’s finalists Worcestershire Rapids by nine wickets on Saturday before casting aside a Somerset side in good spirits following their Bob Willis Trophy form.

Paul Stirling, the hero of the Steelabacks’ opening win over the Rapids, had picked up where he left off by carving Craig Overton over point for six but was out next ball edging behind as he stepped away to try and replicate the shot.

Richard Levi was then unluckily run out backing up when Craig Overton got a finger to a crunched Cobb straight drive.

Rossington suffered the blow to the hand early and while he was in visible pain, struck seven fours and a six, before an athletic diving catch from Sale at backward square-leg off Max Waller.

The impressive Sale was the pick of the Somerset attack and produced another smart piece of fielding off his own bowling when he held a reflex catch to dismiss Cobb, for 42 from 41 balls, just as the home captain looked set to accelerate.

Zaib played an important cameo to take the Steelbacks to a defendable total, his crafty late hitting saw him walk off with an unbeaten on 28 from 13 balls – including 10 from the final two deliveries – which proved invaluable.