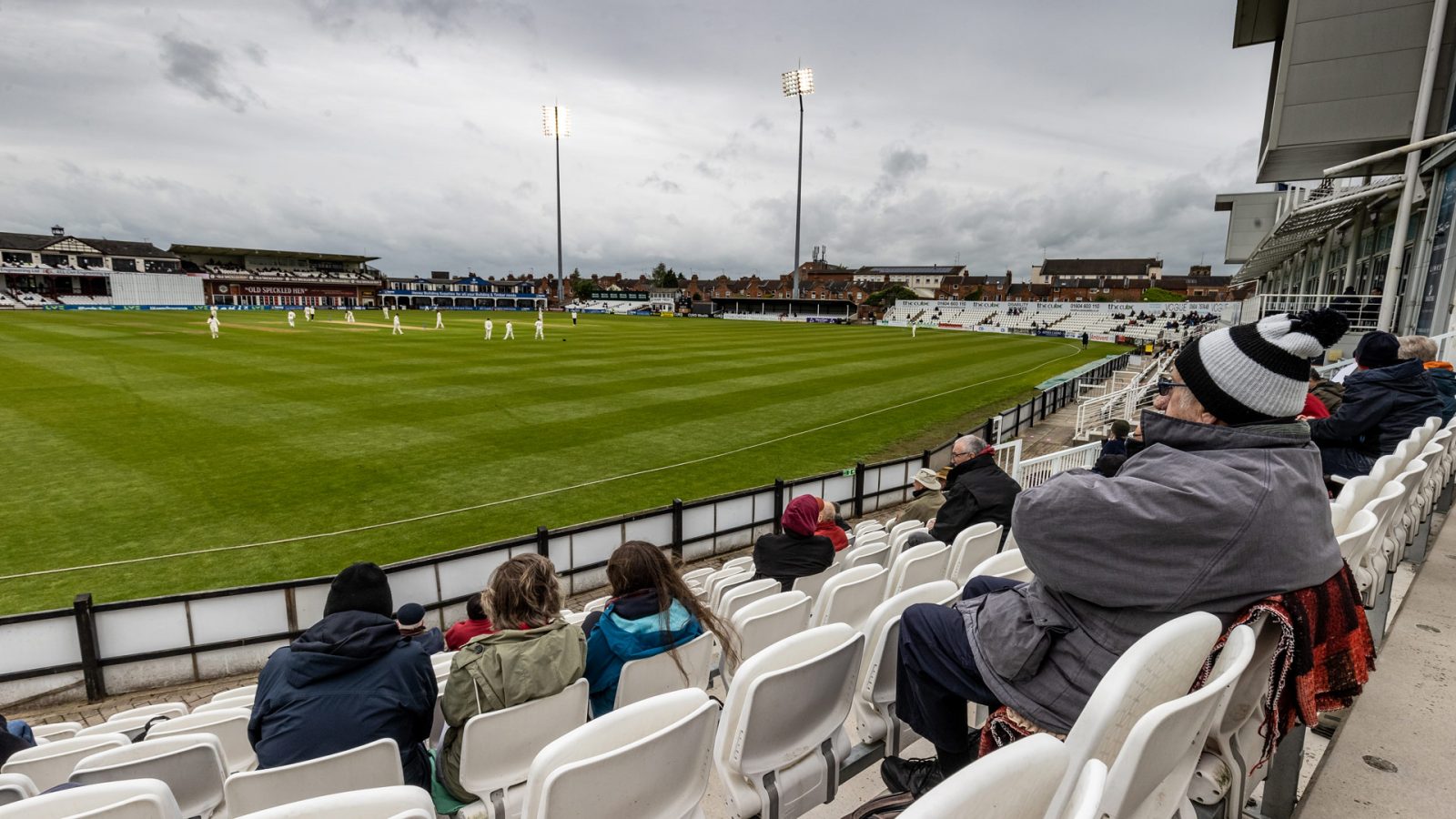 Just 70 minutes play was possible as Northamptonshire welcomed back crowds to Wantage Road to watch Lancashire advance to 59 without loss from 16.5 overs in the morning session.

Northamptonshire captain Adam Rossington had won the toss and opted to give his seamers first use of a pitch in overcast conditions. Gareth Berg and Ben Sanderson beat the bat regularly and saw a number of edges fly just wide of the slip cordon.

The Lancashire pair though looked to be positive, with Davies striking three fours and bringing up the 50 stand when he clipped Tom Taylor through midwicket. Jennings then found the boundary by going down one knee to stroke Parnell through the covers before surviving a big shout for leg before wicket against the same bowler on 20.

The rain then forced the players from the field. A planned resumption after lunch had to be abandoned when the bad weather returned and play was eventually called off shortly after 4pm.

Gareth Berg made the only breakthrough for Northamptonshire as just 11 overs were possible on another rain-affected day of this LV= County Championship tie with Lancashire at Wantage Road.

The evergreen seamer found plenty of bounce and movement and claimed his 20th wicket of the season when he enticed Keaton Jennings to drive loosely at a ball outside off-stump and edge through to wicketkeeper Adam Rossington who took a comfortable catch.

With Jennings departing for 27, Alex Davies was joined by Luke Wells and the pair faced a testing spell from Berg and Ben Sanderson, fresh from their 19-wicket demolition of Sussex two weeks ago. They maintained pressure, beating the bat regularly and making it difficult to score.

Davies did manage to break the shackles briefly by cutting a rare wide one from Sanderson for four and later driving him through midwicket for another boundary. By the time play was called off Lancashire had advanced to 75 for one after 28.1 overs.

The start of play was delayed until 2.30pm due to a wet outfield after the whole of the second day was lost to heavy rain. Jennings and Davies were resuming on 59 without loss, their fourth 50 opening stand of the season.

After further interruptions due to showers, the umpires called stumps shortly after 4pm following further rain and hail which turned the outfield white as the players left the field.

Only 38 balls were possible following a delayed start, but the heavens opened driving the players from the field with Lancashire 88-1 and Davies 51 not out.

The cloudburst didn’t last long, but the cumulative affect of the rain throughout the game, rendered a restart impossible.

It meant only 34.3 overs had been possible across all four days of this encounter, the second of which was washed out without a ball being bowled.

Both sides take eight points each for the draw, enough to move the visitors top of group three ahead of next week’s Roses clash with Yorkshire at Old Trafford.

Northamptonshire remain fourth ahead of their visit to Hove to face Sussex, where, weather permitting, they’ll be chasing a win to keep alive hopes of being among the six counties chasing the Championship laurels in September.