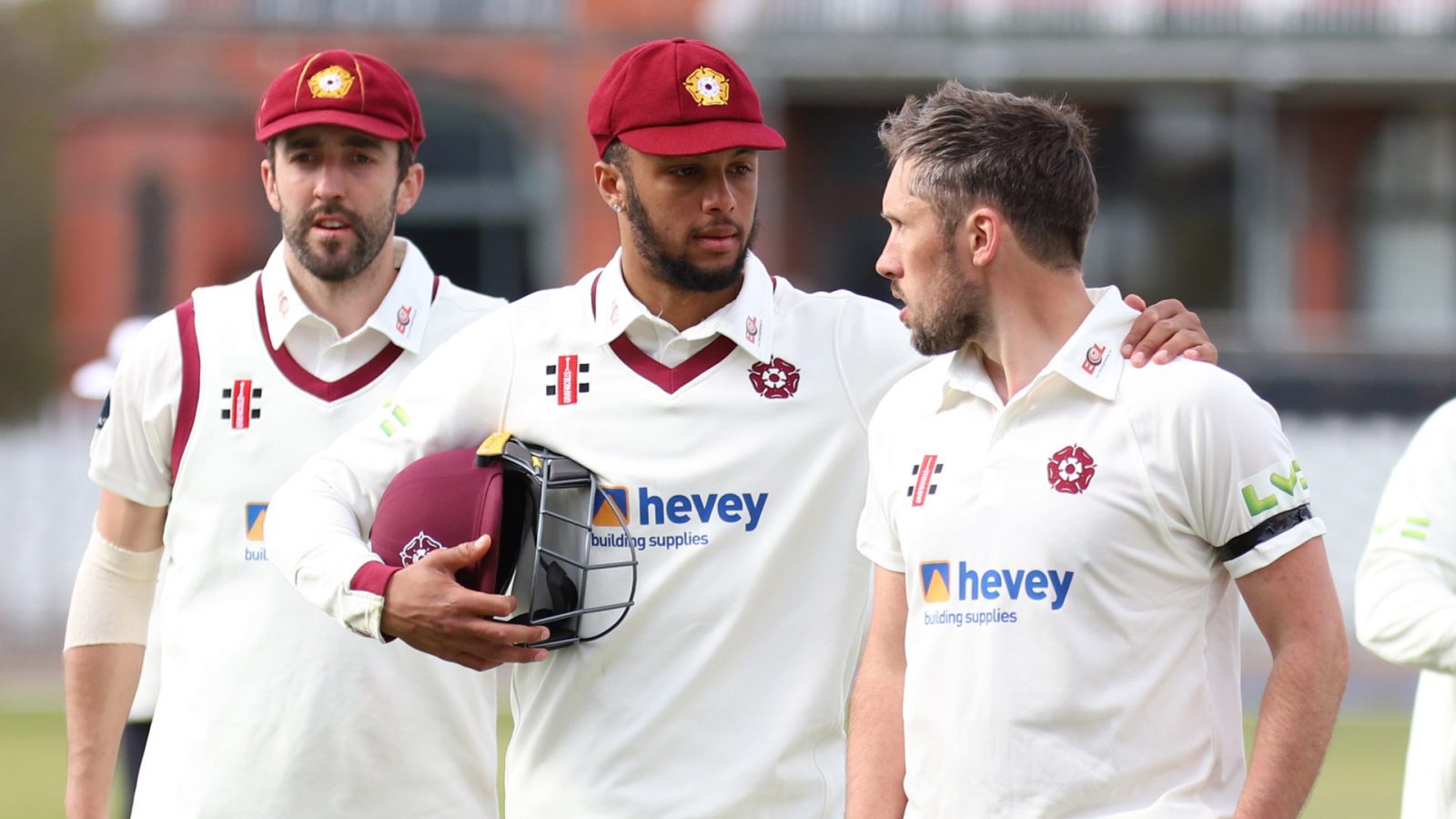 Luke Procter battled hard with an incredible 294 ball 93 but it was Lancashire who claimed their first win of the LV=Insurance County Championship season at Emirates Old Trafford.

The hosts had gone into the final day needing seven wickets for victory but were made to work hard for their triumph thanks to the returning Luke Procter who batted for just a shade over six hours before he was the last man out for 93 with 13.3 overs left in the day.

After wicketless opening spells from Saqib Mahmood and Tom Bailey, Lancashire turned to spin and Matt Parkinson duly obliged with just his second delivery as Ricardo Vaconcelos departed for 35 after his attempted reverse sweep only diverted the ball onto his stumps via a pad.

Adam Rossington was next to go edging Luke Wood to Keaton Jennings at first slip for eight to leave the visitors 87 for five. Matters became worse following the most controversial moment of the day when umpire Mike Burns adjudged Saif Zaib out lbw for four to a sharp turner from Parkinson which looked to have struck the batsman well outside the line.

Through it all, former Lancashire all-rounder Procter was holding firm and he at last got some welcome assistance in the form of Tom Taylor.

As Parkinson, Tom Hartley and Steven Croft all twirled away, the seventh wicket pair slowly but surely began to take the game deeper into the afternoon than many expected and Procter’s painstaking half-century eventually came off 188 balls.

When the breakthrough came it was from the unlikely figure of Rob Jones, whose part-time leg breaks had brought just one first-class wicket before he found Tom Taylor’s toe dragged marginally out of his crease with Alex Davies quickly whipping off the bails to remove the batsman for 13.

The 56 runs the pair put on in just over 36 overs gave Northamptonshire a glimmer and when Procter was joined by another former Red Rose in Nathan Buck, the hope that the visitors might pull off something improbable increased as they negotiated their way through the new ball and on to tea.

Nerves were jangling right up until 40 minutes beyond the interval when Buck finally glanced one down the leg side to Davies off the returning Wood for 20, before the same bowler accounted for another ex-Lancashire player next ball as Simon Kerrigan’s stumps were uprooted by a vicious inswinging yorker.

It was Parkinson who had the final say though with just over 13 overs remaining in the day when Procter was given out caught at backward short leg for 93.

Northamptonshire now return to The County Ground and welcome Glamorgan in Game 3 beginning on Thursday.