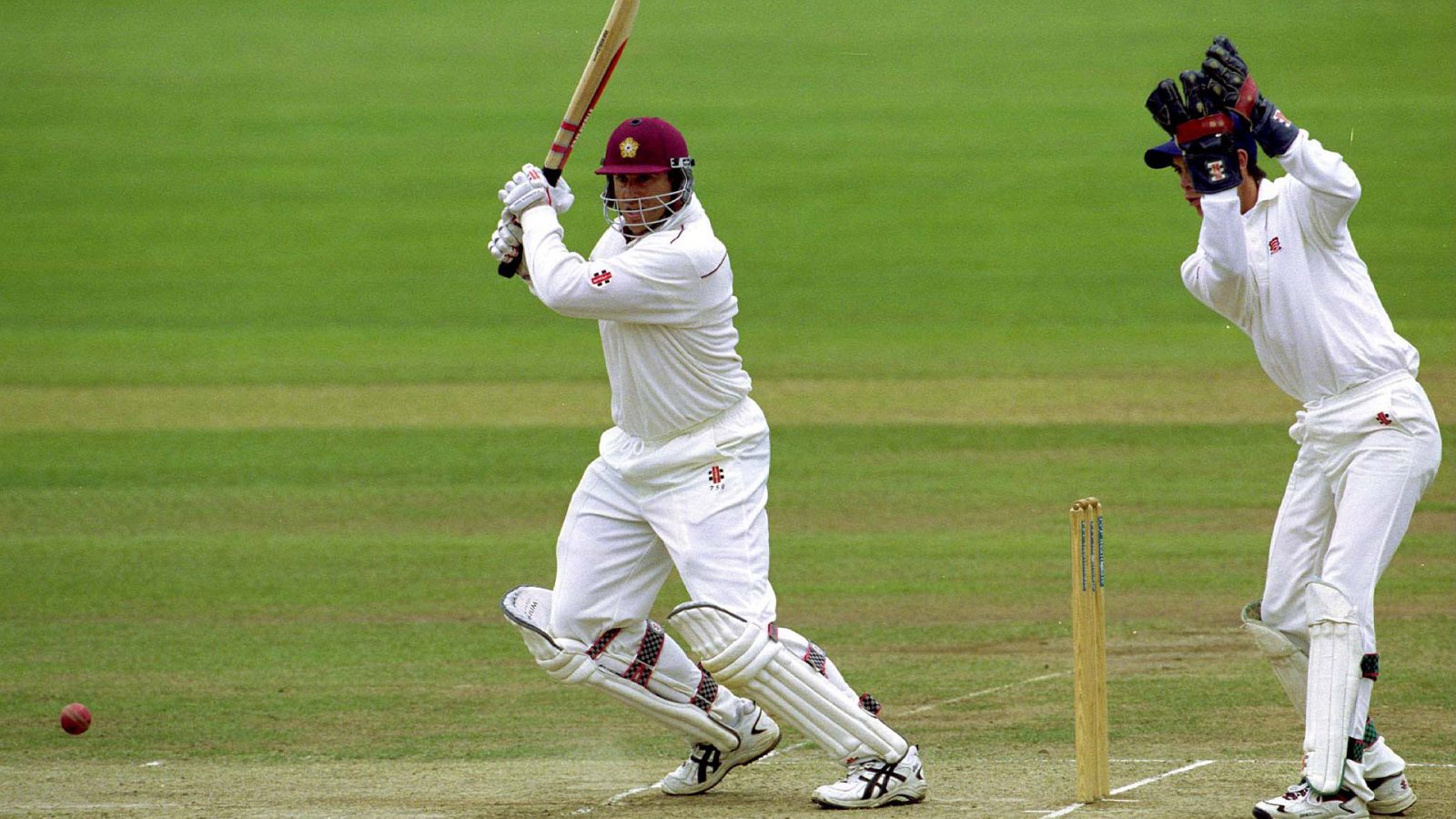 Club Archivist and Historian Andrew Radd has looked back through the years and put together his list of the ten best Northamptonshire innings in first-class cricket.

Northamptonshire needed two bonus points from the match to be certain of promotion into Division One, but the prospect of a points deduction after the pitch was reported left matters up in the air.  The Australian’s innings, lasting nearly six hours, made a nonsense of that report; he pointedly raised his bat to the panel when he reached both 50 and 100, the surface was exonerated and the County duly went up.

The club’s finest batsman of the inter-war period, Bakewell was no stranger to propping up Northamptonshire more-or-less single-handedly in the 1930s, but never more strikingly than this.  Set 230 to win, the County were dismissed for 199 and lost – but the richly-talented opener accounted for over 70 per cent of those runs, eventually ninth man out.  Only one other batsman, John Lamb (14), managed double-figures in the innings.

Northamptonshire’s seven-wicket triumph – their first-ever victory over an Australian touring side – owed much to Mushtaq’s brilliance.  Replying to the visitors’ 191 all out he stood firm against an attack featuring Dennis Lillee, Bob Massie and ‘mystery spinner’ Johnny Gleeson to earn a slender but significant first-innings lead.  Once Geoff Cook had departed early on the second morning he received precious little support, but the Pakistani had laid the foundations for a famous win.

Brookes scored 67 first-class centuries for Northamptonshire during his long and illustrious career, but he himself singled out this one as his best.  Kent had posted a substantial score and then let loose leg-spinner Doug Wright, a match-winner when conditions were even remotely in his favour.  The County’s acting captain carried his bat out of 185 all out – ‘a faultless display’ according to Wisden – even though he couldn’t save his side from defeat.

Playing only his second first-class match at the age of 18, Timms – a pupil at Northampton Grammar School whose childhood home in Clarke Road overlooked the County Ground – helped to save the match after Northamptonshire had followed on 381 runs adrift.  He batted right through the final day’s play, sharing a long stand with Bob Haywood.  He was chaired off the field by his schoolmates who were given an extra day’s holiday in his honour.

Not for the first nor the last time, Lamb produced an absolute gem of an innings in response to being dropped from the England Test side.  No-one gave Northamptonshire much chance of scoring 321 for victory on a worn pitch against Imran Khan, Tony Pigott and Dermot Reeve, but Lamb’s remarkable 153-ball knock – including 27 fours – took the County within reach, in partnership with Rob Bailey, before the lower-order men secured a nerve-shredding one-wicket win.

When the South African all-rounder went out to bat on the third afternoon, Northamptonshire trailed by 210 with four sessions remaining and one of the remaining top-order batsmen nursing an injury.  He duly batted out time, demonstrating great powers of concentration and sharing a crucial partnership with his fellow countryman Lance Klusener.  It was the first double-hundred of his career and, as the newly-appointed captain, stamped his authority on the side.

If ever a cause was lost it was Northamptonshire’s in this match – 391 runs adrift on first innings, the County had crumbled to 142-4 when David Ripley came in to join Loye.  They proceeded to add 401 for the fifth wicket!  Loye dug in for 10 hours 48 minutes, hitting 49 fours – one of which took him past Raman Subba Row’s club record of 300 not out, which had stood for 40 years.

It was an innings that deserved to win a County Championship.  Sadly, a combination of factors – including a couple of still hotly-debated declarations and the weather – dashed Northamptonshire’s hopes of the title.  But in a match they needed to win, Milburn’s ‘brilliant’ batting (according to Wisden) kept them interested despite the loss of nearly the entire first day to rain.  He flayed the visitors’ attack for three-and-a-half hours, hitting seven sixes and 15 fours.

The stylish Pool brought Northamptonshire (in only their second season at first-class level) back into a match they looked to have lost after following on 165 behind.  His chanceless innings, lasting three hours, turned the game on its head and instead of winning with a day to spare Worcestershire were left needing to score 254, which they failed to do against George Thompson and Billy East.  The County won by 41 runs; their next victory after following on came 82 years later.