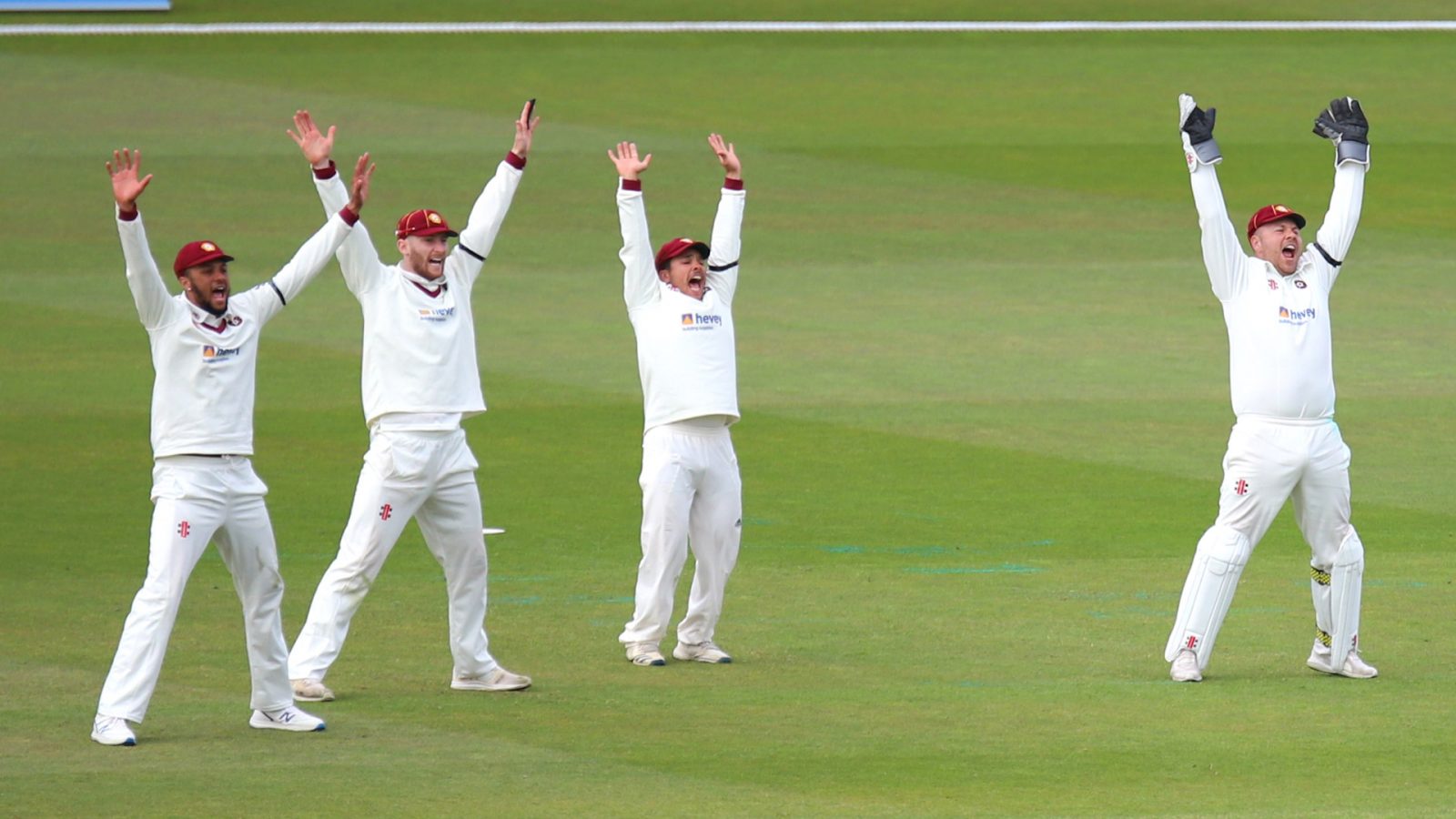 Northamptonshire’s batsmen have a mountain to climb on Day 4 of their fixture with Lancashire, after the hosts cemented their strong position on Day 3.

Steven Croft’s unbeaten 103 was the highlight for the hosts who batted long into the early evening sunshine before setting Northamptonshire a mammoth 425 runs to win – a record fourth innings total for victory at Emirates Old Trafford.

The near-impossible task had got that much harder by the close of play thanks to a hostile spell of bowling from Saqib Mahmood who took two early wickets before Tom Bailey added a third to leave Northamptonshire 59 for three when a long day ended at 7.20pm.

The day began with the home team 60 for 0 but the tone for the untidy first half of the innings that followed was set as early as the fourth ball of the day when Keaton Jennings was trapped in front by Ben Sanderson for 27.

Jennnings’ opening partner Alex Davies quickly followed in the next over edging to Ricardo Vasconcelos off Tom Taylor having scored 36 and leaving the hosts 64 for two.

A partial recovery was mounted by Josh Bohannon and Croft before the former played a poor shot to Rob Keogh’s off breaks and was bowled for 22 ending a third wicket partnership of 59.

Vilas and Rob Jones’ effort to keep the scoreboard ticking over backfired in spectacular fashion when the South African was run out for 24 going for an inexplicable single to square leg with Jones making the same mistake two overs later and departing for eight.

Croft steadied the ship with Luke Wood before the latter hit one straight to sub fielder Gareth Berg for 17 with Bailey then offering more support to the veteran Croft as they compiled a partnership of 62 for the seventh wicket.

By the time Bailey departed for an entertaining 34, Croft was well on his way to a 14th First Class century and his first since 2017. When it eventually did arrive in the 81st over courtesy of a booming six of Nathan Buck it signalled an immediate declaration with Lancashire setting Northamptonshire a huge target of 425 runs to win.

Mahmood was quickly into his stride, accounting for Ben Curran who skied a leading edge to Rob Jones at cover for 14 before Emilio Gay was dismissed without scoring when he could only fend a vicious short pitched ball to Croft at second slip.

Rob Keogh then departed for four edging Bailey to Croft, leaving Luke Procter unbeaten on 15 and Vasconcelos 22 not out at the close.