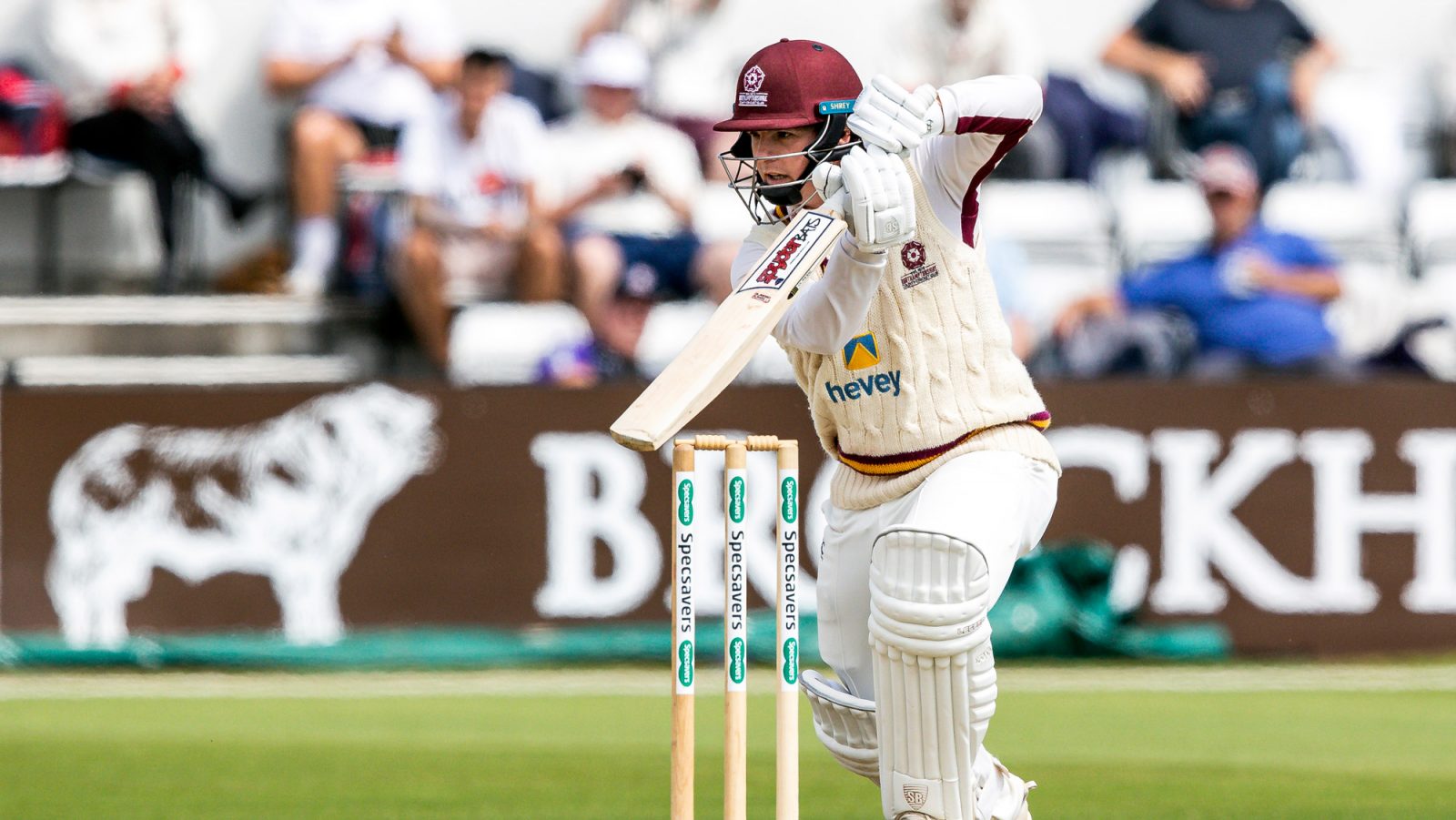 Newton to Leave Club After Season

Head Coach David Ripley has revealed the Club have chosen not to extend the contract of opening batsman Rob Newton.

Having joined the Northamptonshire Academy as a 14 year old in 2005, Newton made his first-class debut in 2010 before going on to make 164 appearances for the club across all forms of cricket.

Head Coach David Ripley explained the unusual timing of the decision was intended to give Newton the chance to explore options with other clubs.

“Ultimately we’re trying to work in Rob’s best interests with what has been a really difficult decision, which is why we’ve decided to make this call earlier than perhaps you would normally.

Rob’s a fantastic cricketer and we wanted to make sure we left the door open for him to be able to continue his career elsewhere if he chose to.” Ripley said.

Newton boasts an admirable record in first-class cricket, amassing 5675 runs in 98 appearances at an average of 35. He recorded his maiden first-class century against Leicestershire at the end of his debut season, his highest first-class score of 202* coming against the same opposition in 2016.

“I’ve thoroughly enjoyed my time at Northants and have made some lifelong friends at the club.” Newton said.

“Scoring 15 first class hundreds is something I take great pride in but I also feel I have the capacity to double that number and with that in mind I am excited by the opportunity to pursue my career elsewhere.

“I wish the team plenty of success and finally I would like to thank the loyal supporters who have travelled home and away to support their county.” he added.

Ripley has been alongside Newton throughout his time at Northamptonshire and offered plenty of praise for the batsman.

“Joining the Academy at a young age and going on to score 16 centuries for the Club is something Rob can be really proud of, it’s a fantastic achievement. He’s had a great conversion rate and many of those were in tough conditions against the new ball so they were hard-earned runs he was scoring.

“He’s been particularly unlucky though with some freakish injuries, without those he would have added many more to that total I’m sure.

“I’d like to thank Rob for the excellent service he has given the club. On a personal note he has been a great support to me in all my roles with the Academy, second team and first team. I wish him well in the next stage of his career and will definitely be keeping an eye on his progress, wherever he goes.”

Newton will remain available for selection until the end of the 2020 season.