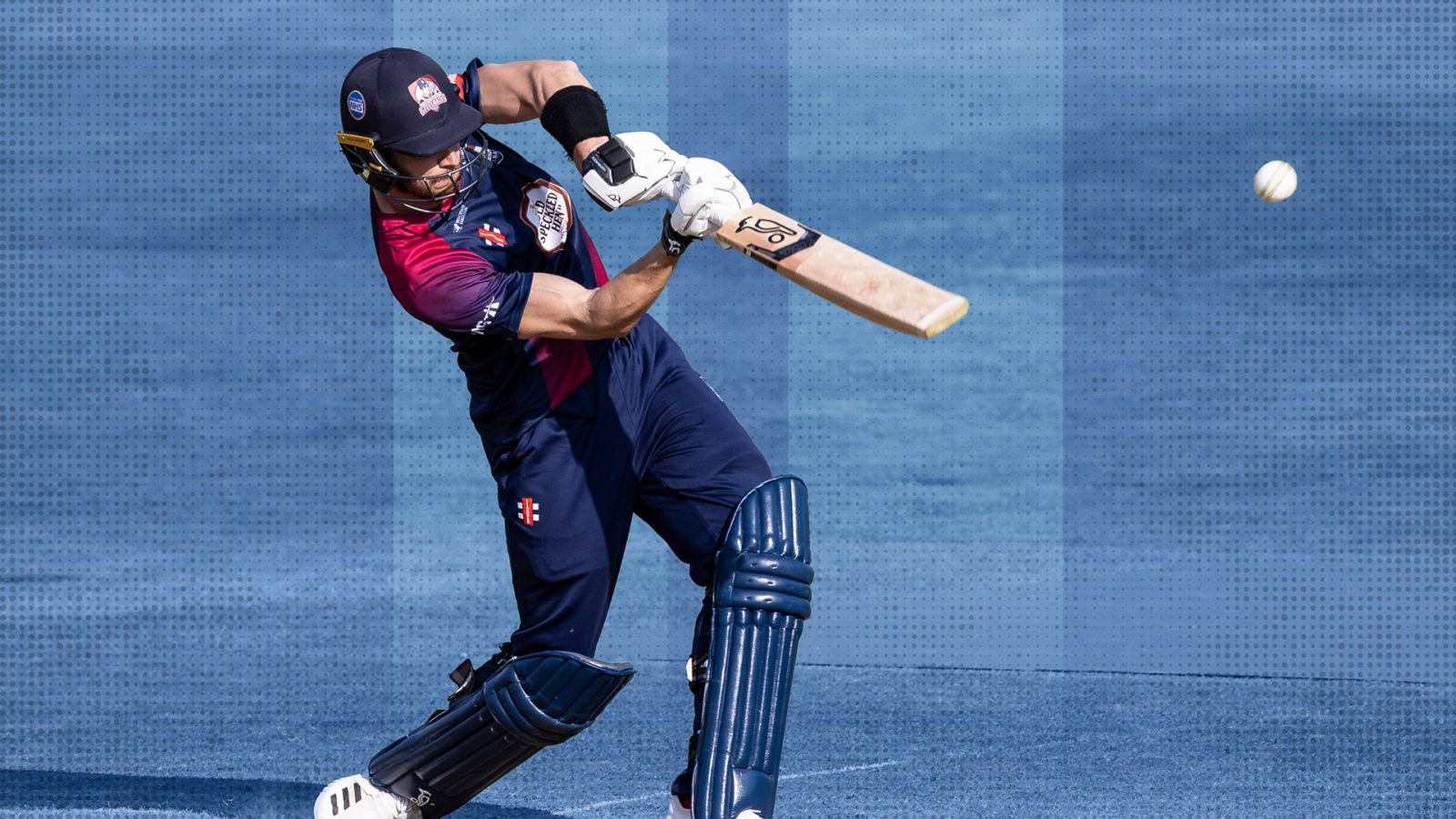 Keogh’s ‘Nothing to Lose’ Approach Comes Up Trumps

With his side dangerously close to being knocked out of the Vitality Blast, Rob Keogh saw an opportunity and took it with both hands. Chasing 191, the Steelbacks’ reply was in trouble at 48 for 4 when Keogh joined Stirling in the middle at the end of the powerplay and slipped further to 71 for 6 at the halfway stage.

“For me it was almost like nothing to lose, it could have been the last game of the season for us.” Keogh said.

“I knew I’d been hitting them well in training and it was just about backing myself to execute what I had been doing in the nets.”

“There was a little bit of added pressure, but only because of the nature of the game. It was must win for us if we wanted to make it to the quarters so I think all the players had that little extra pressure. We were all so desperate to win.”

Keogh’s name featured in the squad for every game of the Blast group stages, but with the Steelbacks undefeated through the first half of the competition, a spot in the starting eleven was always just out of reach.

“I’ll admit it’s definitely been frustrating personally to not get a game for a lot of the competition, but we have such a strong squad and powerful players that it’s so competitive for places.

I was desperate to get out in the middle but just focused on training hard to be ready when I got the call up and it was nice to get a few runs in a must win game.”

Keogh struck 37 from just 24 balls and enjoyed a partnership of 69 in 34 balls with debutant Tom Taylor.

“I’ve played a fair bit against Tommy when he was at Derby and Leicester so it was nice to have him on our side and to spend some time in the middle with him.

It worked really well between us, we spoke after most balls to work out what the bowlers were trying to do and set our game plans accordingly. It was good fun batting with him especially when he kept clearing the ropes!”

Keogh’s knock, along with heroics from Taylor and Graeme White helped the Steelbacks clinch second in the Central Group and qualification for the quarter final. After a testing week he said this victory sets the side up well for the knockout stages.

“It’s always nice winning those tight games when you’re dead and buried but it’s better for the heart if we knock them off 1 or 2 down with 3 overs to spare!”

It’s definitely lifted the spirits in the camp, I wouldn’t be surprised if people heard the team song from Northampton it was that loud! We have a bit of time off now to work hard at training and prepare, but we’ll take some belief and momentum down with us to Bristol from this game for sure.”