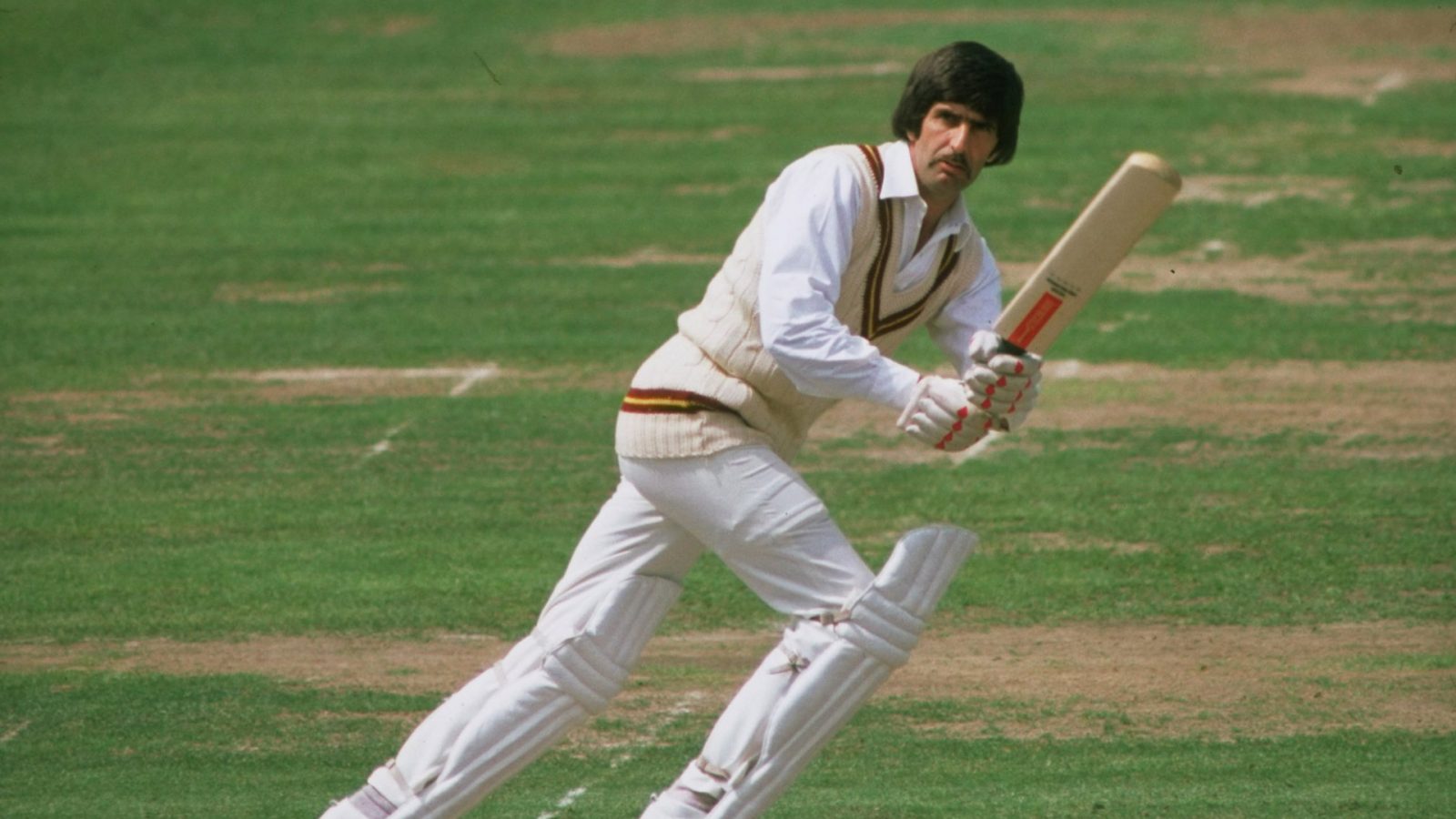 Jim Watts celebrated his 80th birthday recently and was inducted into Northamptonshire’s Hall of Fame.  Here, the former captain shares some thoughts and memories from his long and distinguished career with the club.

Naturally I am delighted that the club has seen fit to induct me into its Hall of Fame.  To sit among some very great Northamptonshire names is an honour indeed.

I suppose my breaks from the game in 1966 and 1974 have enabled me to analyse my career in separate compartments, each seeming quite distinct.
Arriving as a 16-year-old in 1957, and being among names such as Frank Tyson, George Tribe, Keith Andrew and Dennis Brookes to name just a few, was like moving into paradise.  To then play in the same side in 1959 and establish myself in the team in the second half of the season  was my dream come true.

As with all dreams, reality eventually returns and the opposition see your weaknesses.  Life was harder, but you have to come to terms with yourself and your temperament.  This I did by owing never to allow success or failure to affect my feelings about the game or my home life.  The ups and downs of my game did not trouble me.  I learned the game under the captaincy of Keith Andrew, and felt secure and an integral part of a young team.  I was asked to bowl more and appreciated I needed both strings to my bow.

When Keith and my brother Peter both left the club in 1966 I did too.  I probably underestimated my own value but did not want to drift on in another regime I was not sure of.  I did not want insecurity either.  I was 26 and had served under three captains with very different approaches.  Keith had been original in his captaincy and I enjoyed that.  Learn how not to lose with a young side was his starting point – then learn to win.  Knowing the form of other teams’ players was also a strength and I learned a lot from him.

My three-year break from the game did little to enhance my form.  Playing competitive sport is essential if you wish for performance, and it took some time for me to regain any sort of standard.  Fortunately I was young enough to find my way back.  That the club wanted me back (in 1970) gave me confidence in myself.

Things were not good on the field generally, and in mid-season Roger Prideaux announced he would be leaving at the end of the summer.  At Taunton, where I made a century, Jack Mercer – our veteran scorer – told me I was in the frame for the captaincy.  My absence had probably distanced me far enough from the dressing room to allow this to happen.  I knew I would do a good job as captain. I had watched and digested the game for many years, and believed that I could cope tactically in all circumstances.

1971 was my first season in charge and Dennis Brookes gave me advice.  He said if you feel something act on it without hesitation, even in the middle of an over. He also said always if possible use your five bowlers before lunch on the first day.  They were your match-winners.  I heeded  that advice generally and I can remember one or two occasions when failure to do so produced the wrong result, particularly leaving the last bowling change too late.

It was not a good season on the whole, but I performed well with the bat which took the pressure off a little.  We stood still for the year – but from a relatively poor side our signings in the close-season turned us into the most potent bowling attack in the history of the club.  I accept the 1957 attack was effective on tailored turning pitches, but the 1972 group could bowl on any surface.  Bob Cottam, John Dye and Bishan Bedi joined, and with Mushtaq, David Steele and Peter Willey – not to mention a couple of others such as Sarfraz Nawaz and Brian Crump in support – we could  field a team with eight bowlers, all with five-wicket hauls in first-class cricket.

They were a great team to captain.  I could almost predict last-day wins.  Our batting line-up lacked experience and relied on Steele and Mushtaq far too much, and the acquisition of Roy Virgin (in 1973) gave us stability in the next two years.  We did not score quickly enough to use our bowling strength to  the full, but we were happy to finish fourth in 1972 after the doldrums of previous years.

Expectations now rose, not only for supporters but also within the club itself.  We were third in 1973  and again in 1974 disappointingly.  We wanted more and failed at the vital moments.  I was playing well personally and felt that we were close to success.  Our one-day performances were improving too.  But I needed security as I was now 34, and assumed the club would give me a longer contract; we had improved dramatically since 1971.  Ken Turner said they would, but the answer eventually was negative, and so for the second time I retired.
I had enjoyed the challenge and went to college.

My break from the game in the mid-1970s coincided with a difficult period on the field followed by success in the Gillette Cup in 1976.  The appointment of Roy Virgin to succeed me was short-lived for whatever reason, and my decision to return briefly in  the college holidays to replace him was not one I am particularly proud of.  It was not thought-out and was brought to an abrupt end with a broken finger against the Australians.  I should have given more support to the deposed captain.  Nevertheless it was more experience in the politics of the game at Wantage Road.

Mushtaq took over and to all intents and purposes was a successful captain, but there were rumblings behind the scenes of which I then knew little.  Make no mistake, he was a great player – but being captain of a side also meant you had  responsibilities to the committee as well as to your team.  It was from this standpoint that he fell short, as it was explained to me.  The Kerry Packer affair came at the same time (in 1977), and the club decided that Mushtaq’s involvement was a step too far.

On a rare visit to the County Ground I was approached to see if I was willing to return, firstly by Percy Davis then by Ken Turner. I was free now, a qualified teacher.  So I agreed.  The whole thing blew up from then on.  Nasty press locally, followed by an extraordinary general meeting in December, tested my resolve – but I looked forward to captaining again in 1978.

Allan Lamb joined us, and I asked Wayne Larkins to open the batting; the Cook-Larkins era had begun.  Unlike the bowling strength of the early-1970s we now had the  best batting line-up I had experienced with Richard Williams and Peter Willey added to the other three.  Sarfraz led a moderate attack .
The death of my first wife silenced my critics and a poor season ensued.
In 1979 we suddenly found we were a good one-day side and lost in the Gillette Cup final against Somerset – then in the following year we beat Essex in the Benson and Hedges Cup final.

I believe the sides I captained had chemistry and a unity of purpose.
It is for others to judge my qualities as player and captain.  This accolade given to me by the club indicates I was on the right path – and it gives me a good feeling.