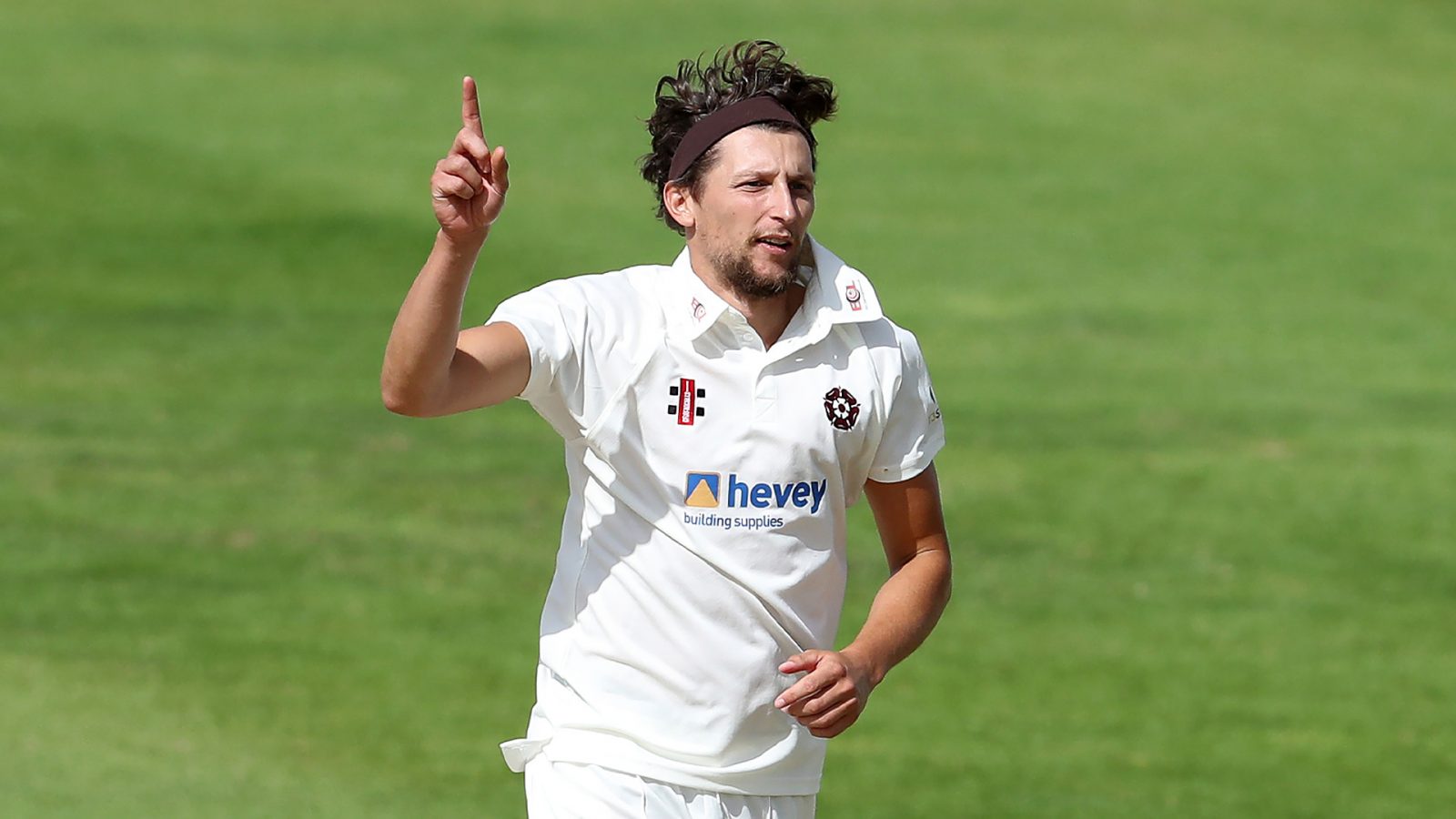 Northamptonshire have been the victims of lower-order fightbacks four times in the last five innings so it was not of tremendous surprise that Glamorgan recovered from 60 for 8 to 261 in their second innings to set Northamptonshire 189 to win. The hosts closed day three 62 for 1.

But what was certainly not foreseen was the scale of that recovery as Marchant de Lange blitzed the fastest first-class century for Glamorgan in only 62 balls as he made a career best 113 with six fours and nine sixes.

He and Dan Douthwaite, who began the revival and struck three sixes of his own in making his highest score for Glamorgan – 86 from 92 balls – shared a ninth-wicket record partnership for Glamorgan against Northamptonshire of 168 in only 118 balls. This was after their record 10th wicket stand was made in the first innings.

It again saved them from humiliation and this time from a laughable innings defeat having trailed on first-innings by 73 after Ricardo Vasconcelos made 58 as Northamptonshire were bowled out for 332.

But again, Northamptonshire seemingly had no reply when the batsmen turned to all-out attack. They were en route to a thumping win inside three days after reducing Glamorgan to 16 for 5 and then 60 for 8.

Yet the tide once more turned quickly against them and they are now hostage to the weather on the final day and the forecast is not promising.

De Lange, a broad-shouldered South African, possesses tremendous hitting potential but a first-class average of just 15. So it’s not often that his swinging comes up trumps. But with his side staring at an innings defeat and an opposition vulnerable to counterattack, it worked a treat.

It was essentially the same shot and one seen at village grounds throughout the land. He cleared his front leg and heaved to the on-side and kept making tremendous contact.

He mistimed one on 98 but Charlie Thurston put the chance down at long-on. It allowed de Lange to break the record for Glamorgan’s fastest first-class hundred, breaking the mark set by Gary Butcher, who took 64 balls against Oxford University in 1997.

Kerrigan who finally ended the carnage as de Lange skewed a smear to backward point.

Douthwaite was the first to have some fun and at 42 for 7 he whacked Glamorgan past their lowest total against Northamptonshire of 54. He pulled Muzarabani over midwicket for six and slapped a Procter full toss over long-on in reaching a half-century in 54 balls.

His third six was perhaps the pick of either player as he danced down the wicket to hoist Kerrigan over his head. But he tried it again, missed and was stumped.

Until the long-handle policy worked, Glamorgan were on the cusp of a truly miserable defeat as they crumbled under a fiery spell from Muzarabani, who removed three of the top six, and four wickets for Jack White, who found some swing. But the standard of defence was woeful and the visitors showed a complete lack of ability to survive for any length of time for a second time in the match – they had been 135 for 9 in the first innings.

Instead de Lange and Douthwaite applied a glossy veneer to the scorecard and Glamorgan may even escape with a draw if Storm Francis takes out day four.