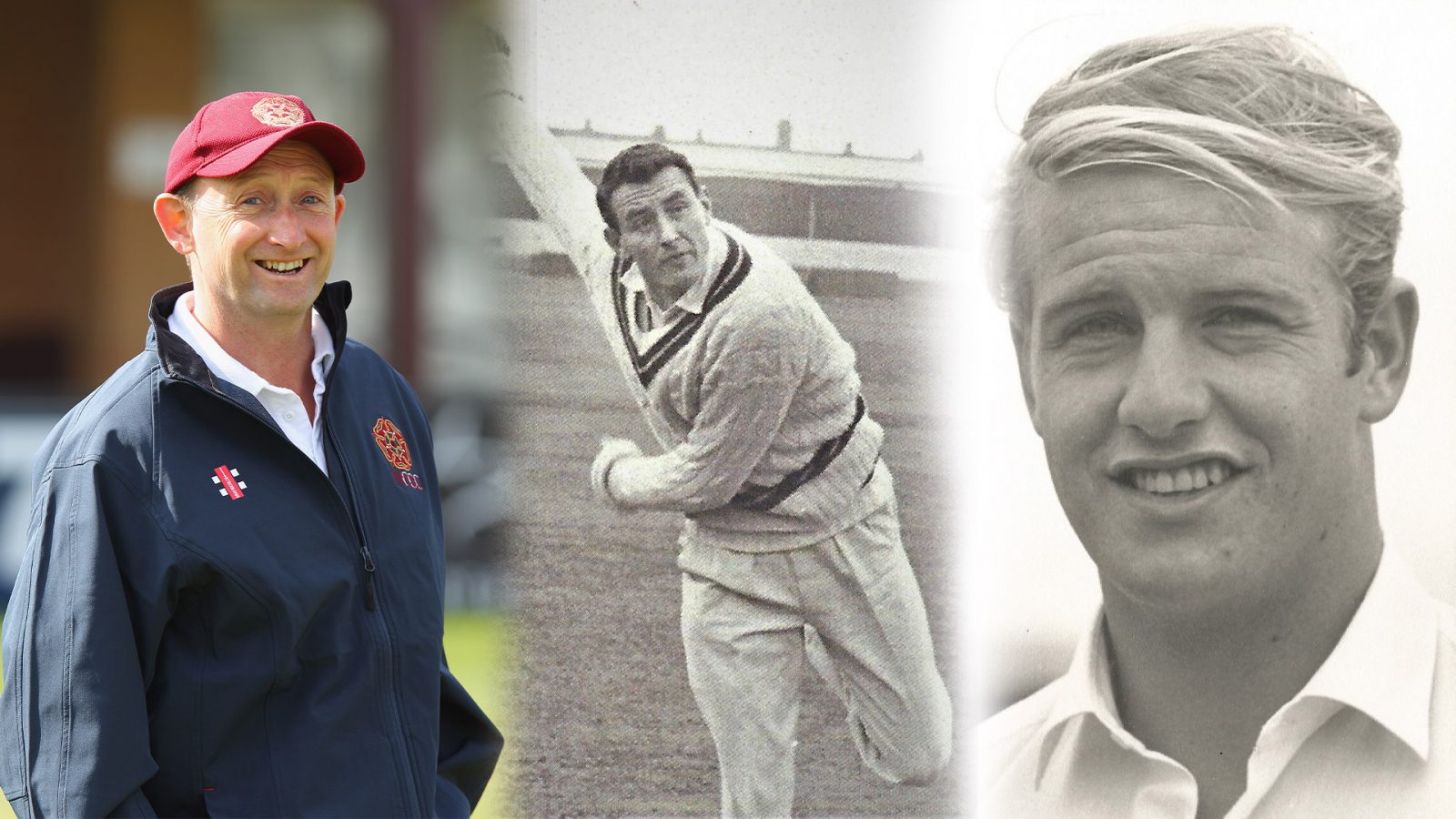 As we move past the end of a sad year that has seen so many people around the world lose loved ones, Northamptonshire CCC has been no exception.

The passing of David Capel in September prompted countless tributes from former team-mates and opponents across the cricketing world, as well as Northamptonshire supporters and club players who had relished his skill, passion, commitment and wholehearted enthusiasm.

His death came just a few months after his induction to Northamptonshire’s Hall of Fame.

The club is also sad to record the passing of two other former players during the year– Malcolm Scott, aged 84, and Nigel Murch in his native Australia at the age of 76.

The departure of Australians George Tribe and Jack Manning, together with Mick Allen’s loss of form, opened up a place in the Northamptonshire first team for Scott – a left-arm spinner, born in South Shields – during the 1961 season, two years after he made his debut for the club.  He seized the opportunity with 69 wickets in 19 matches, finishing second only to David Larter in the County’s averages, but the roles were then reversed the following season with Allen the man in possession and Scott struggling.

It was only in 1964, following Allen’s move to Derbyshire, that Scott really cemented his position; he played in all 30 first-class matches that summer and captured 113 wickets, including a career-best 7-32 against Sussex at Hastings.

He proved effective again in 1965, sending down more overs than anyone except Brian Crump in the Championship campaign that almost brought the title to Wantage Road, but a combination of injury and question marks over the legality of his bowling action – MCC banned him for the last two matches of 1967, before ruling he could bowl in 1968 ‘until called again’ – knocked him back, and with Dennis Breakwell arriving on the club Scott was released in 1969.

An accomplished footballer, he played at centre-half for Newcastle United, Darlington and York City.  A book about his life, entitled ‘A Geordie All-Rounder’, was published in 2009.

When the Northamptonshire committee heard that Frank Tyson and George Tribe were recommending a young Australian fast bowler to the club, it didn’t take long for them to decide to give him a year on the staff.  Thus Nigel Murch – who made his Sheffield Shield debut for Victoria at the tail end of 1966 – arrived at Wantage Road in 1968.

He played nearly a full season in the Second XI and was the team’s joint-leading wicket-taker with 33.  Murch’s only first-class appearance for the County was against Cambridge University in June, claiming a single lower-order wicket and not getting a bat.  He also played a number of matches that summer for the International Cavaliers side on Sunday afternoons.

Murch wasn’t re-engaged for 1969 and returned to Australia, where he was still turning out for club side St Kilda in the late-1970s.