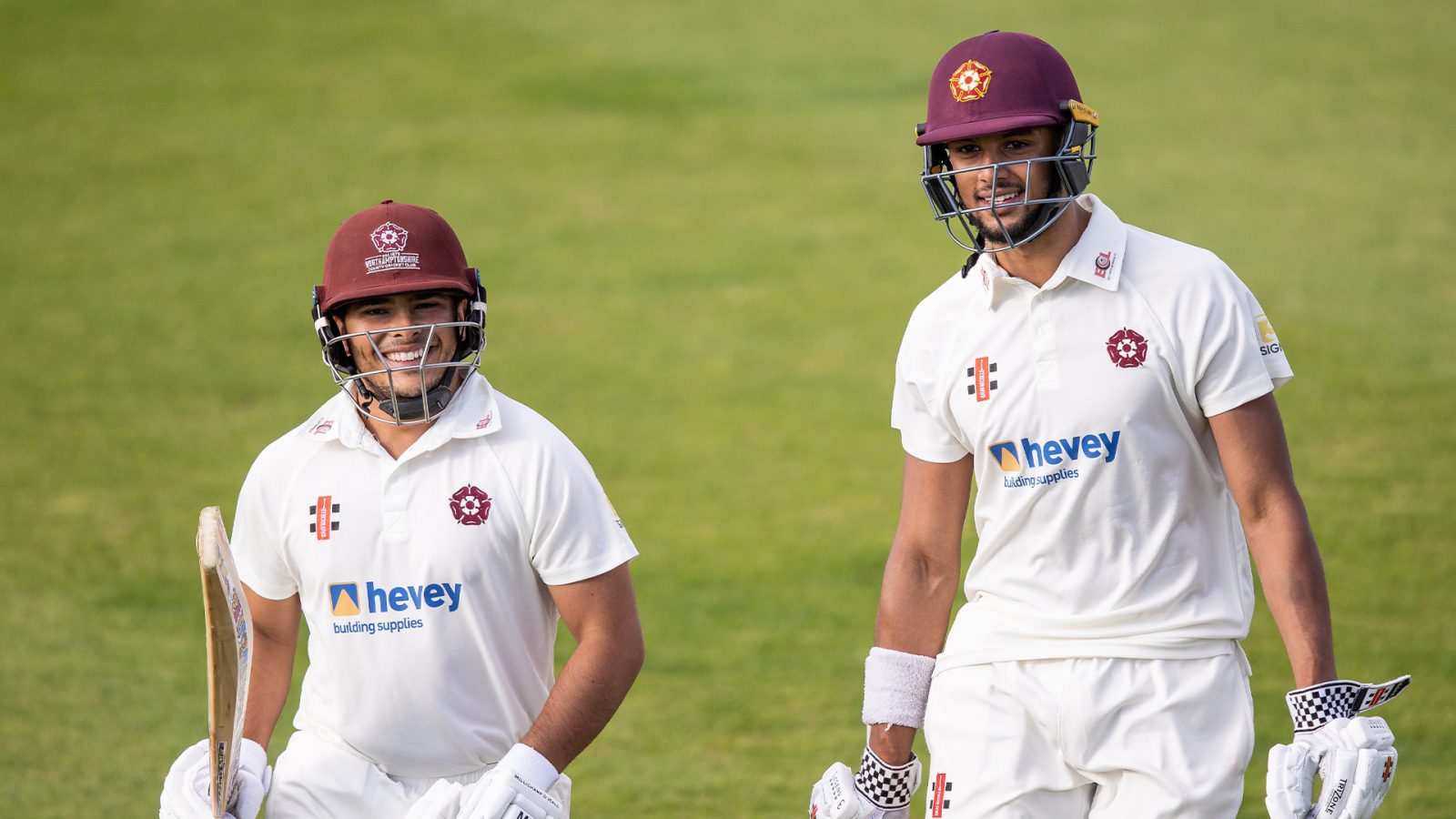 Storm Francis cleared in time for Northamptonshire to complete a six-wicket victory over Glamorgan, their first win of the Bob Willis Trophy.

Their decision to rotate players and use the competition to develop a deeper squad has not been universally popular. And those voices grew louder after defeats to Somerset and Worcestershire and a late escape to draw at Edgbaston.

So this win offers head coach David Ripley some justification with a target of 189 realised by Emilio Gay who made an unbeaten 77 – a maiden first-class fifty – and Charlie Thurston, whose 64 followed a maiden century for Northamptonshire in the first innings. The pair shared 106 for the second wicket.

Ben Curran also made 82 in the first innings and none of those three would have likely featured in a first-choice XI back in March.

Neither would Jack White, Northamptonshire’s latest bolter from the Minor Counties and playing just his third first-class match at the age of 28, who took eight wickets in the match.

The performances of those four was exactly what Ripley was looking for as he tries to build his squad for a return to Division One of the County Championship next season.

Northamptonshire should have wrapped up victory inside three days but were denied by Marchant de Lange’s outrageous hitting and their latest instance of failing to deal with aggression from the lower order. It left them hostage to the weather on day four but fortunately for them the rain blew through in time to allow play to start at 2.40pm.

It still remained extremely windy and after a short time the umpires removed the bails but it didn’t deter Thurston and Gay who quickly took their overnight 62 for 1 to 115 for 1 by tea.

Gay made his maiden first-class fifty in his fourth match. He drove Michael Hogan smartly through mid-on and then played a better shot past extra-cover. He whipped Dan Douthwaite through midwicket to reach fifty in 104 balls.

Thurston flicked Hogan between long leg and deep square for the day’s first boundary but was almost caught top-edging a cut to third man that Joe Cooke couldn’t take running in.

He pulled Tim van der Gugten for six with the fielder at deep square tipping the ball over the boundary before flicking the same bowler very stylishly over long leg for a second six in the over – separated by a 14 minute delay for a brief shower.

But having gone past a second half-century of the match in 55 balls, Thurston couldn’t take his side home as he tried to drive Douthwaite through mid-on, missed, and was lbw.

It allowed Luke Procter to help take Northamptonshire almost to victory with a switch hit for four off Kieran Bull. But he swung and edged to the wicketkeeper to finally give Hogan his 600th first-class wicket. Rob Keogh was then run out hesitating over a quick single.

The result should make Ripley’s postbag a little lighter in the coming week as Northamptonshire prepare for their main target of this truncated summer, the Vitality Blast that begins on Thursday.