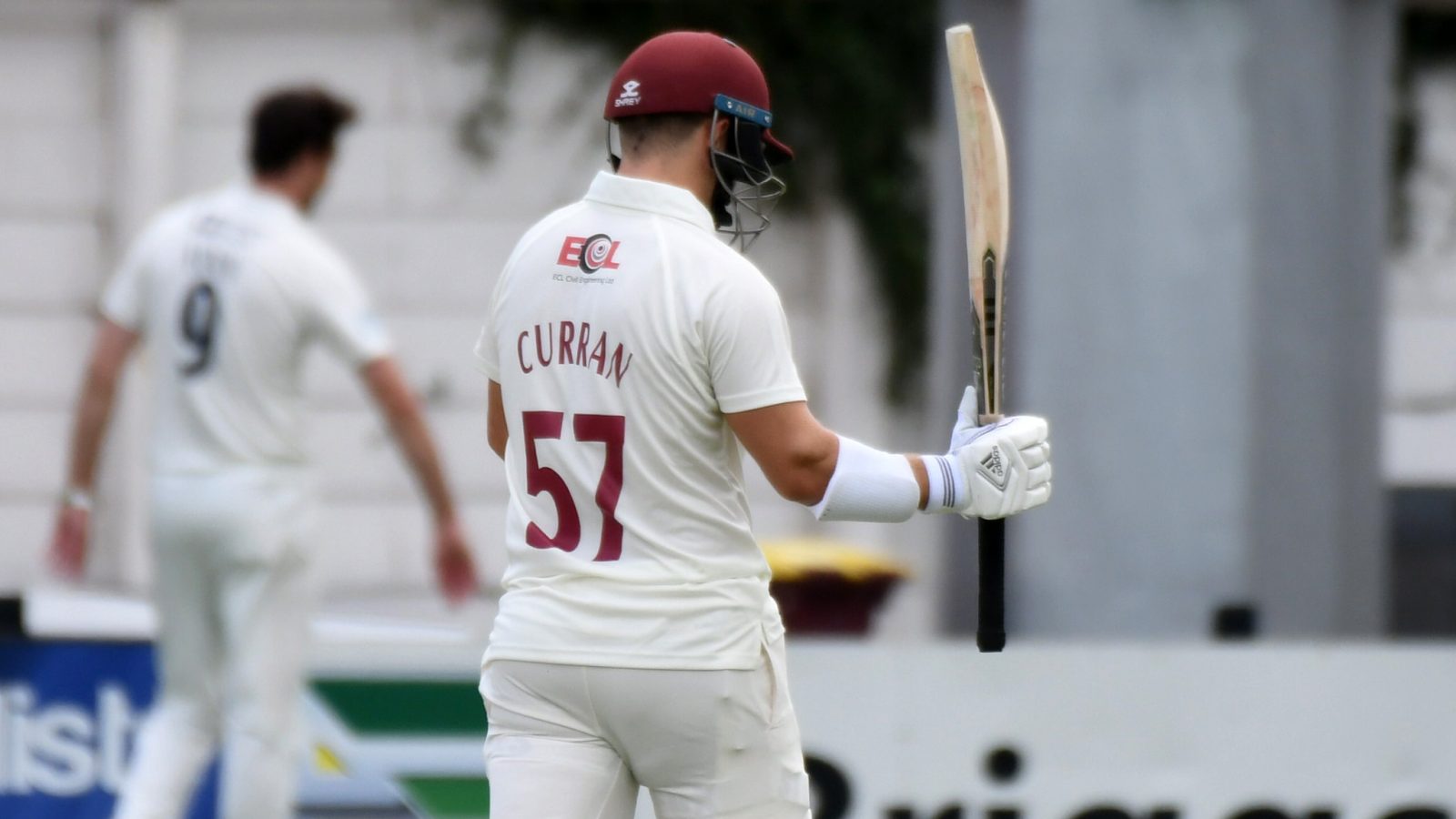 Ben Curran, Saif Zaib and Ricardo Vasconcelos were in the runs on Day 1 of the Club’s warm-up match against Middlesex.

Having kicked off the red-ball season at The County Ground last year, Middlesex again proved the first opponents of the year, albeit in entirely different circumstances in 2020. A 2-day fixture, the match sees both sides fielded large squads with batsmen able to return to the crease after being dismissed.

Batting on Day 1, Northamptonshire finished the day 355 for 9 – though only nine batsman spent time in the middle. Ben Curran wasted no time in getting underway, clipping the first ball of the innings handsomely to the boundary. He carried on with clear intent, regularly finding the boundary as he and partner Emilio Gay batted through the first hour unscathed.

“It was good to get some time in the middle, it’s been a long wait for everyone and it was nice to get some cricket, nice to be back out there.” Curran said.

“I’m pretty happy, I felt like I played nicely and there’s nothing that compares to game time and competitive cricket. Middlesex are a good team, so it was nice to get a few runs.”

Curran found the boundary eight times and cleared it twice on his way to 69, eventually falling in the afternoon session after chopping-on a rising delivery from Steven Finn.

Saif Zaib (48*) and Luke Procter (35*) took the reins in the afternoon session to combine for a partnership of 73, the largest of the day, before both batsmen retired at tea.

Ricardo Vasconcelos returned to the crease after the break and quickly settled into his work. Named as Muzarabani in the scorebook for his second innings of the day, the left-hander looked fluent in his work as he struck seven fours and a six in his innings of 61.

Charlie Thurston and Richard Levi saw things through to the close, Northamptonshire’s innings finishing with the day.

Full scorecard
Given the different circumstances involved with this match, some players names appear incorrectly in the scorecard having batted for a second time.