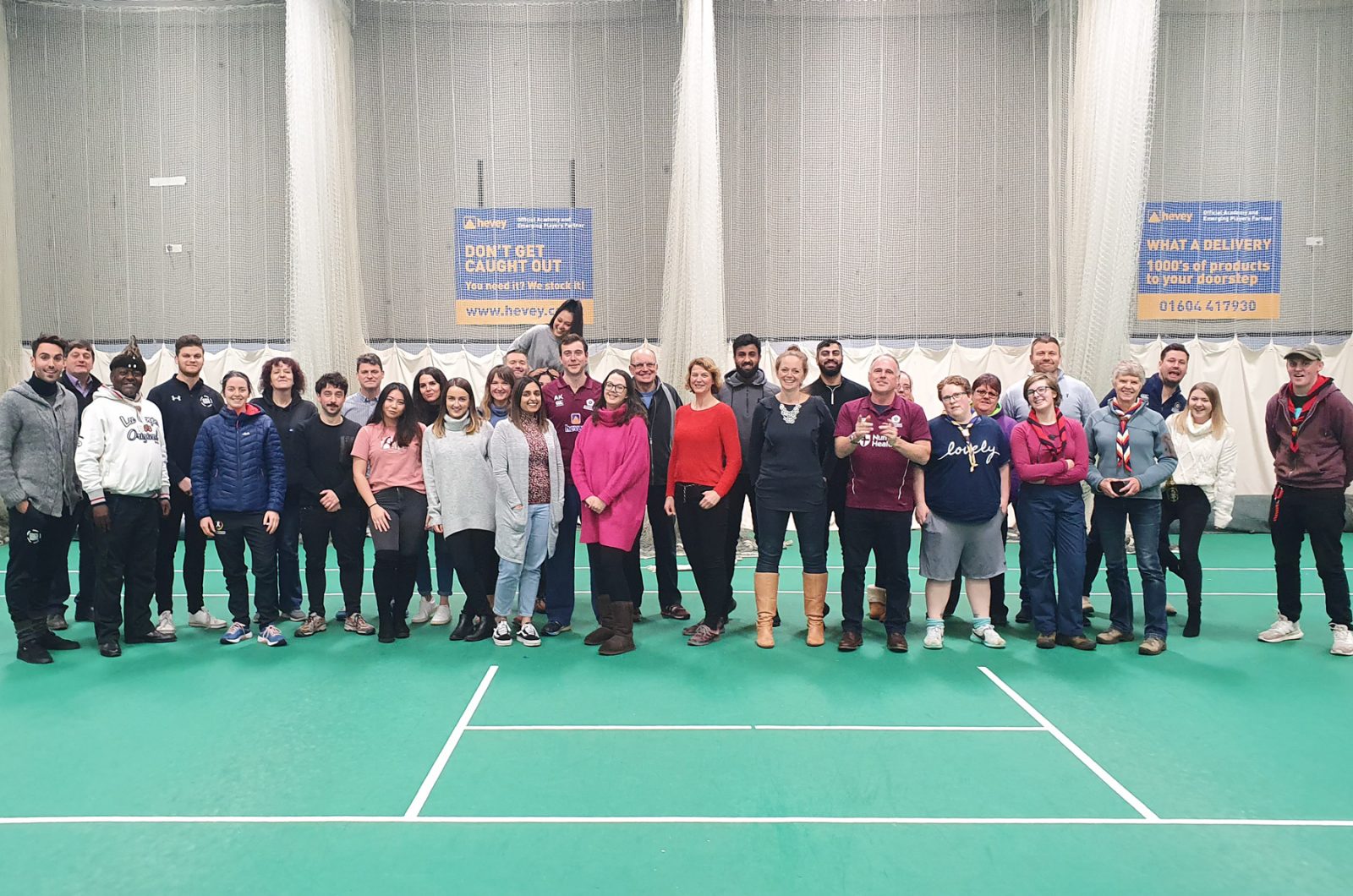 On a November night with national weather warnings due to the cold, 29 people braved the cold to sleep outside at The County Ground. To date we’ve raised just shy of £5,000 with our Chief Executive Ray Payne being the largest fundraiser. I think more importantly than simply raising funds, was the sense of community shared on the night, most easily encapsulated by the multiple spontaneous games of cricket in the indoor school between mere strangers a few hours earlier.

The evening began with the unloading of cars filled with sleeping bags and cardboard and an opportunity to mingle with the other participants after registration. At roughly 8pm the awareness campaigns began with an explanation of the new Steelbacks Cricket Foundation followed by Street Child United and the Northampton Hope Centre, our charity partners for the night.

We then created 4 teams and went straight into quiz mode with some excellent general knowledge, music and charity questions. After completing this the group moved across to the Lynn Wilson Indoor Centre, where we had a DJ set and completed a series of challenges in the teams. They were competing for a ‘sleep out care package’ which included some hand warmers, snacks and some blankets. First on the agenda was to create the best pet shelter they could out of cardboard followed by a wheelbarrow race, cricket challenge and a blind maze. The care package was won by Team 2, who ultimately shared it with those who needed in most, continuing the community feel of the event.

At 11.15pm we headed back around to the Hevey Suite decking where we would be spending the night, everyone layered up and by midnight the whole group was outside bracing the cold in a sleeping bag on simply cardboard. Some struggling to sleep opted for some Test Match Special (TMS) and even managed to get a shout out for the sleep out!

By the time the relief team arrived at 5.30am the challenge was complete, and all participants had managed to stay outside for the duration.

It wouldn’t be right without saying a massive thank you to our events team who volunteered their time free of charge and took part in the event raising valuable funds!

We are still collecting, and it would be amazing to break the £6,000 mark so if you are able to donate please see the link below:

All funds will go directly to charity and any support is hugely appreciated!