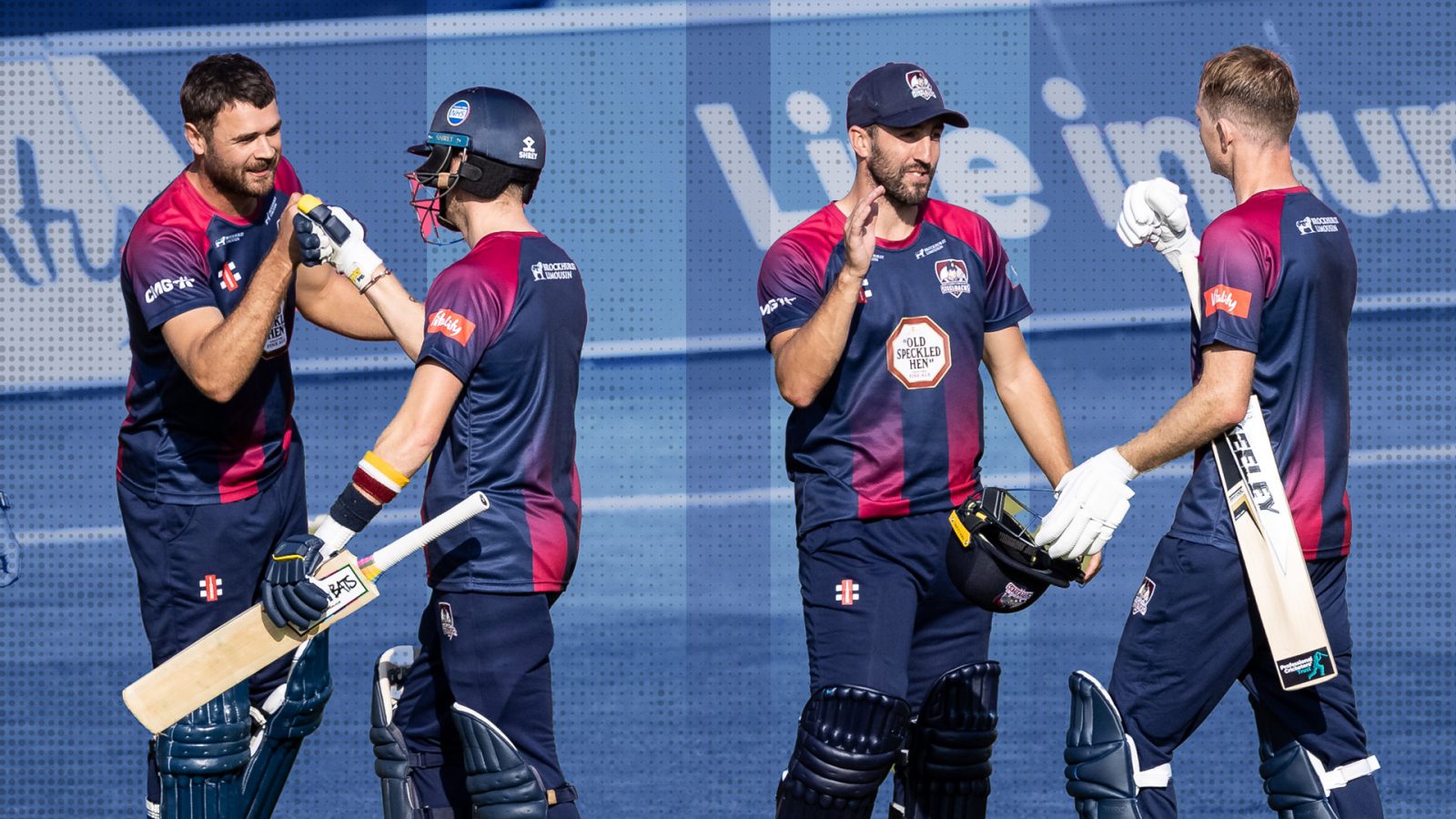 The Steelbacks made the trip to Bristol this afternoon ahead of tomorrow’s Vitality Blast Quarter Final clash with Gloucestershire.

The knockout fixture is the Steelbacks first in T20 cricket since 2016, when they advanced to Finals Day and ultimately took out the title.

Having been undefeated through the first half of the group stages, the Steelbacks campaign stalled at the midway point and it took something close to a miracle to win their final game and clinch qualification.

Chasing 192 for victory, Graeme White joined debutant Tom Taylor in the middle with his side needing 52 to win from just 27 balls and a clear task ahead.

“The discussion with Tom was pretty simple really, I told him this was his [Lintott’s] last delivery so I was going to hit it for six.” White said with a wry smile.

White did hit it for six, as he did with 3 of his next 4 deliveries to swing the equation back in the Steelbacks’ favour.

“Yes, a lot was riding on the outcome of the game but you don’t think about that. It’s a thought process of ‘he bowls it there then I’m hitting it here and if it’s not there then it goes over there’.” White said.

With the help of Keogh and Taylor, White saw the Steelbacks home with 7 balls to spare. Though rather than being caught up in the moment, White said he was already thinking about the next job.

“Personally, I keep myself pretty level. It was a fantastic win but I’m just focused on the next game.”

Though he added there was certainly something to be taken from winning in that fashion.

“For the lads I hope it gives everyone that belief, we’re a quality team that will beat anyone that’s put in front of us. Some will say you get more from wins like that, it shows you can go to the trenches and win, so confidence in that sense is really important.”

Josh Cobb agreed the win came with some added value.

“Sometimes as a unit you need something like that win in Birmingham to just kickstart the belief and get things rolling again.

We had some distractions that didn’t come at a great time for us and we had a tough few games after that. But winning the way we did gives us that belief and excitement in the camp that we’ll carry into tomorrow for sure.”

Ahead of the crucial knockout fixture with Gloucestershire, Cobb said his message to the dressing room was simple.

“We have plenty of match winners in our squad and hopefully a couple have a day out. I’ve told the lads there’s so many ups and downs in T20, you just have to stay level-headed and keep believing.

Stay calm and be brave, there’s no second chances.”

David Ripley has named an unchanged Steelbacks squad to take on Gloucestershire tomorrow. Play gets underway at 2pm and supporters can watch live online via the Gloucestershire Cricket website.