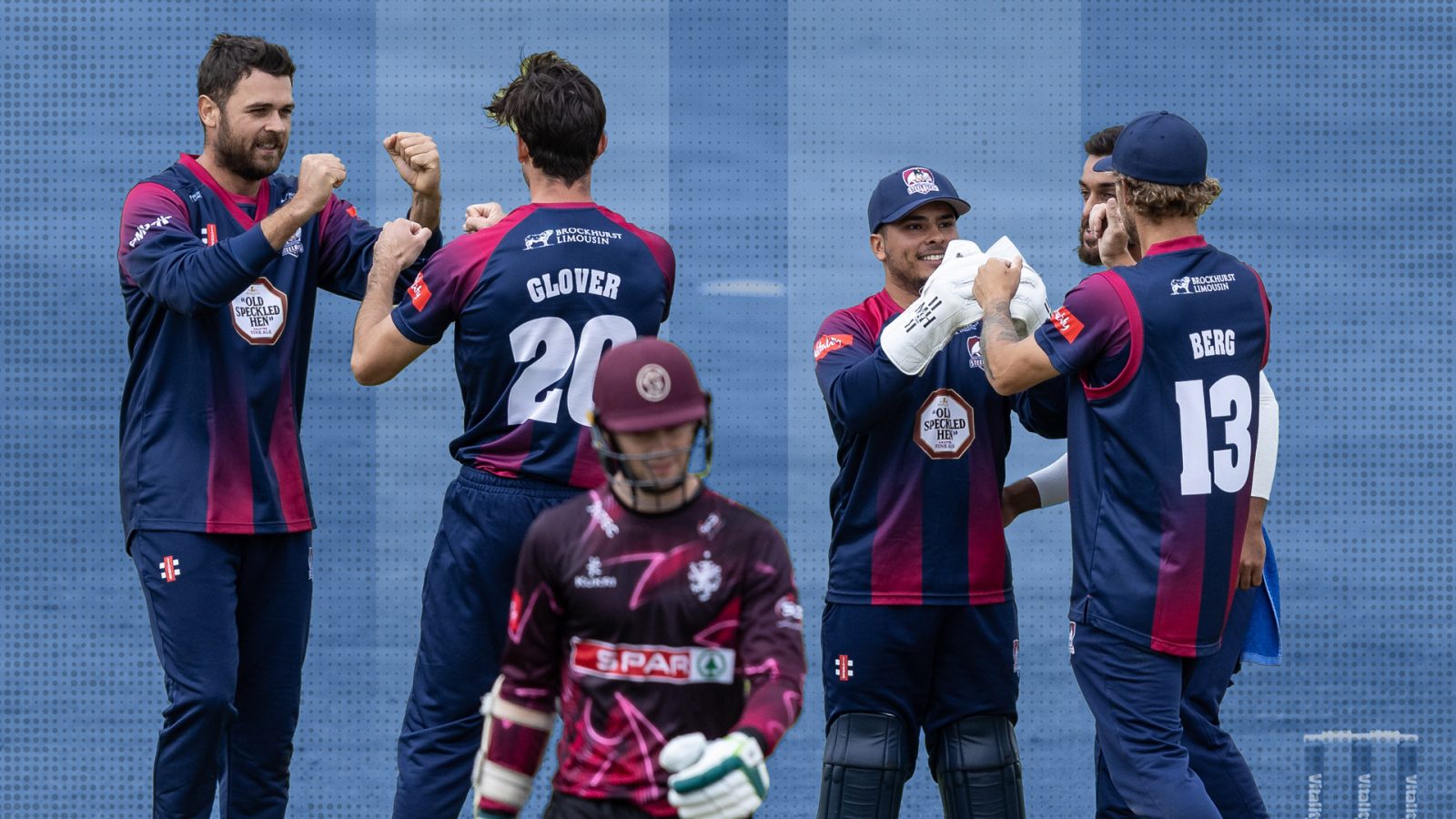 Steelbacks Skipper Josh Cobb was thrilled by his side’s ‘ideal start to the competition’, having recorded back to back wins against both 2018 winners Worcestershire Rapids and Somerset over the weekend.

The Steelbacks carried form from warm-up wins against Leicestershire into the tournament proper with Cobb highlighting the quality of the squad’s preparation.

“I’m very pleased with the start, our prep over the last few weeks has been excellent and it’s been great to see that carry on in to the first two games.” Cobb said.

Paul Stirling starred on debut for the Steelbacks against the Rapids, with an undefeated 81 on Saturday before Adam Rossington and Saif Zaib stood out against Somerset.

“It’s been a massive team effort in both games and obviously there’s been some stand out performances. Plenty of guys have chipped in along the way, excellent to see Saif [Zaib] doing well in the early stages of his T20 career, he bowled beautifully at Worcestershire, and his little cameo at the end against Somerset gave us great momentum.”

Head Coach David Ripley was also full of praise for the young left-hander.

“It was a great little innings against Somerset, and Saif has been doing it all along, since we went to Singapore,” Ripley said.

The Steelbacks boast an imposing batting line-up, but Cobb was happy with what he was seeing in the field too.

The Steelbacks now look to make it 3 from 3 as they welcome the Bears to The County Ground.