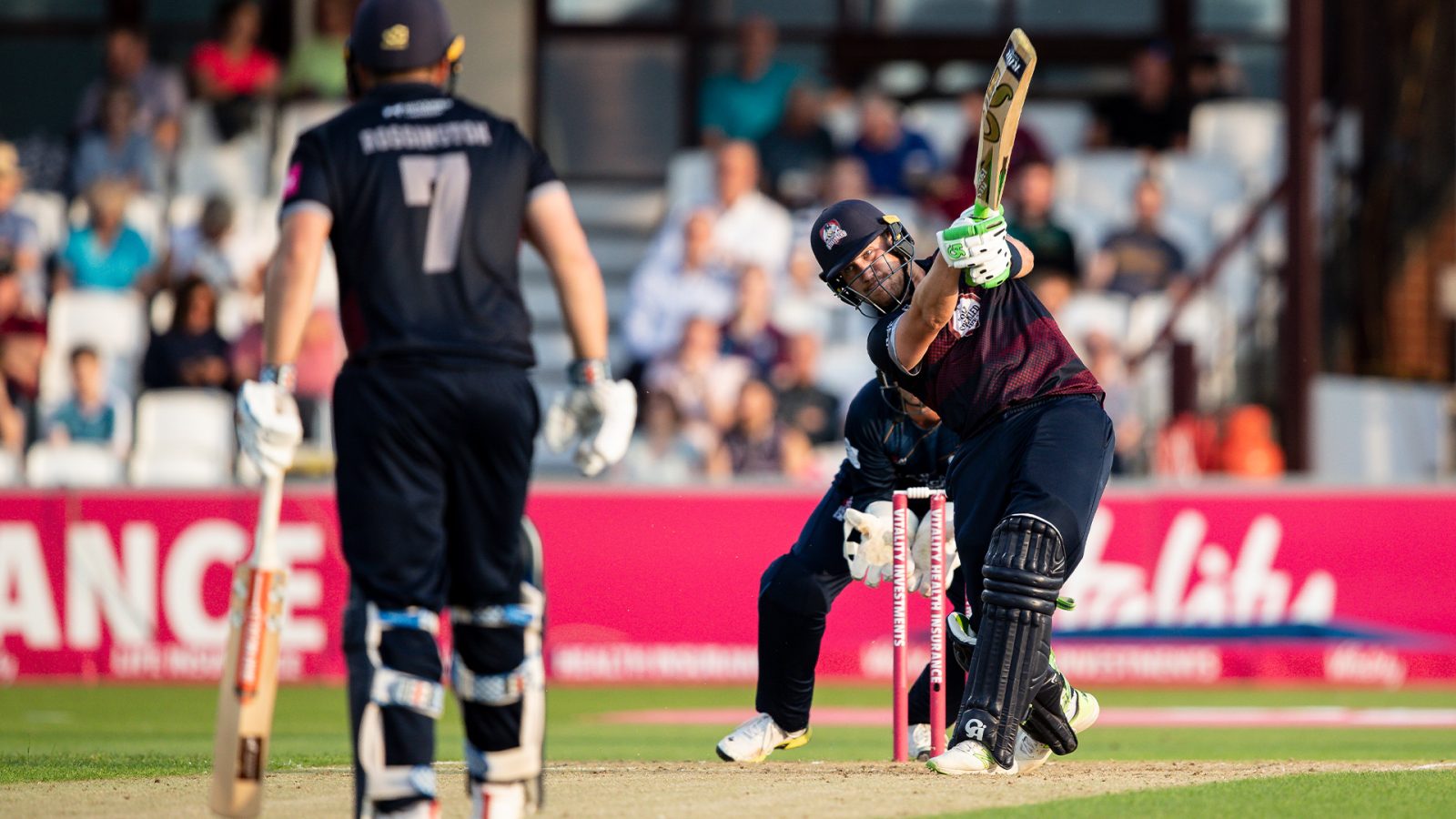 Josh Cobb isn’t ready to give up his status as the club’s premier six-hitter despite the arrival of West Indies skipper Kieron Pollard for this summer’s Vitality Blast.

Steelbacks fans are set to be treated to arguably the most powerful double act in the Blast after Pollard signed for eight group-stage matches, six of which will be at The County Ground.

Cobb has hit the most sixes by a Steelback over the past two seasons and ranks third for the whole competition in that time behind only Aaron Finch and Moeen Ali.

But Pollard will stride into town with an enviable record having blasted 652 career sixes in his Twenty20 career, the second most in the history of the format.

And while Cobb laughed off suggestions he might be able to match Pollard’s immense power he is determined to ensure he has already clocked up enough maximums by the time the Windies batsman arrives, four matches into the season, to ensure the Steelbacks are in position to reach the knockout stages.

“It’s an unbelievable signing from us,” Cobb said.

80% of fixtures at The County Ground sold out last year!
Grab your tickets early and be there to experience all the action and excitement of the Vitality Blast this summer.

“There’s good wickets at the County Ground and the boundaries are not huge – which is something we all enjoy when batting there – so if we can get off to a good start and then he can come in and hopefully be the icing on the cake.

“We have been slow starters in the past and caught up but we’d rather start well and when he turns up, if that can give us some extra momentum and get the crowd and the atmosphere going then that would be great.

“To play with someone like him is exciting and from a fans’ point of view why wouldn’t you come down and watch him.”

“But we want to see plenty of it and if I can push him closer then we’ll be going all right.”

Tickets went on sale for the Vitality Blast this week with fans urged to act quickly to avoid missing out on the matches they want to see.

Pollard is due to make his debut in the Steelbacks’ opening home match against Durham on June 5. This summer more matches will be played in social-friendly time slots with the Steelbacks hosting six five of their seven home matches on a Thursday or Friday night.

“The County Ground, last year, I think 80% of games were sold out and we want to go better and be 100% this year especially with Kieron Pollard being there for six out of seven matches,”

“It’s a great place to play any time but especially on a Friday night when the ground is packed. It’s what you want as a player – you want to play in front of a full crowd and to try and entertain.”

A T20 Season Ticket is the best way to experience all of the Vitality Blast this summer.

Forget about having to organise tickets for individual games, grab a T20 Season Ticket and be there for all of it!

ORDER YOURS NOW
Back To Top